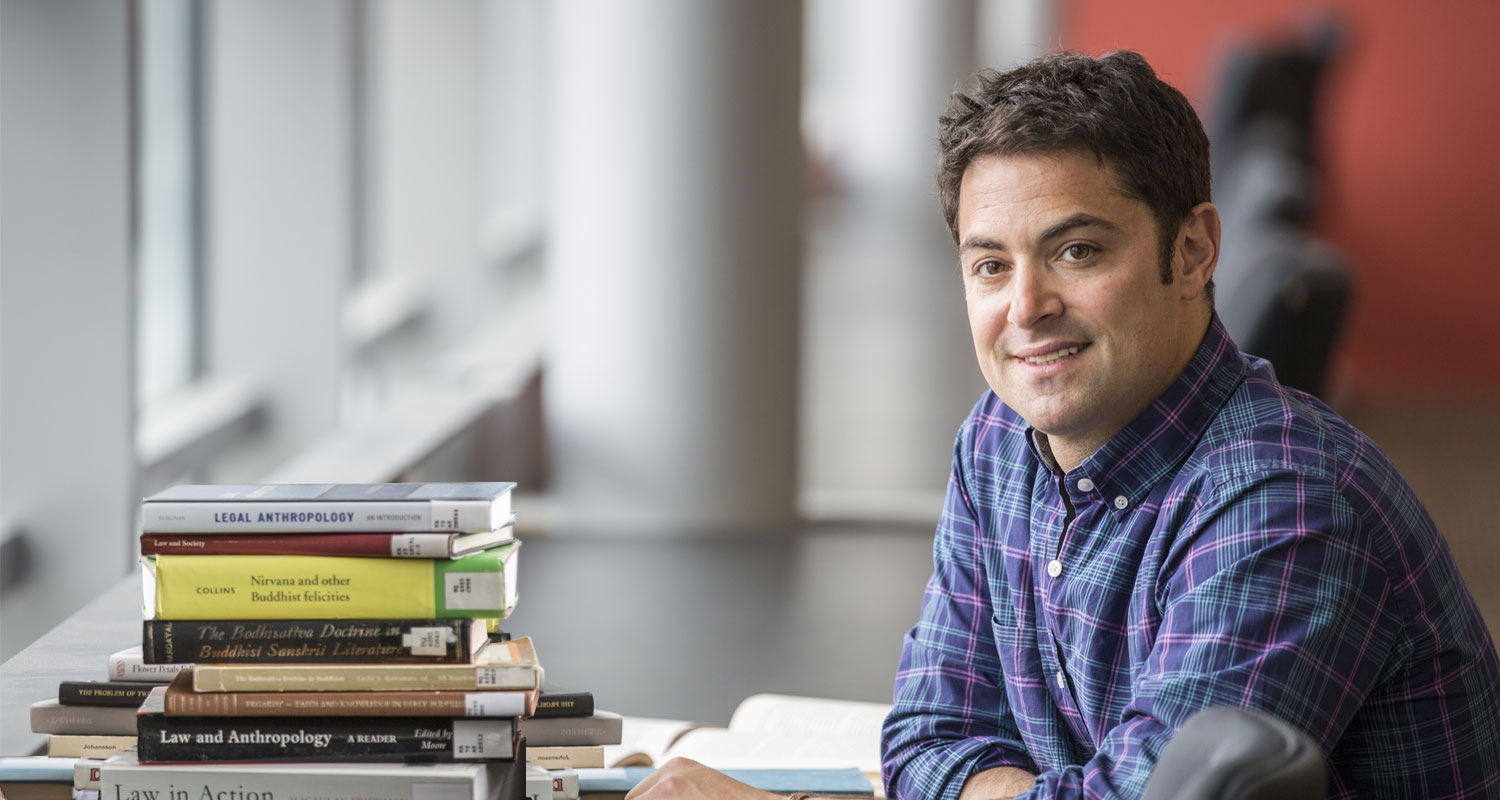 What is the relationship between religious and secular law? Tensions between the two systems – one mandated by religion and the other by the state – are at the core of many contemporary conflicts within and between religious groups, says Dr Ben Schonthal (Theology and Religion).

He believes that in religiously diverse societies it is essential to know about religious law and how religious groups govern themselves.

His research – for which he won a Marsden Fast-Start grant – focuses on one such situation: the case of Buddhist law in Southern Asia, a region that has seen a recent rise in Buddhist groups that preach messages of intolerance against Muslims and Christians.

This has become both a personal and logical dilemma for Schonthal. “I have researched and taught about Buddhism for most of my adult life, and have met some amazingly kind and selfless Buddhist monks so I was really upset and vexed by the rise of these aggressive groups.

“How, in the context of an established system of Buddhist law, which admonishes against violence, were such intolerant groups able to thrive? People blame particular monks or political factors, but what role does religious law play in preventing or failing to prevent the rise of these sorts of groups?”

Schonthal says these questions are relevant to any religious group. In asking how and why this has occurred in Southern Asia, he hopes to gain a better understanding of the relationships between religious law and civil law in the wider contemporary world.