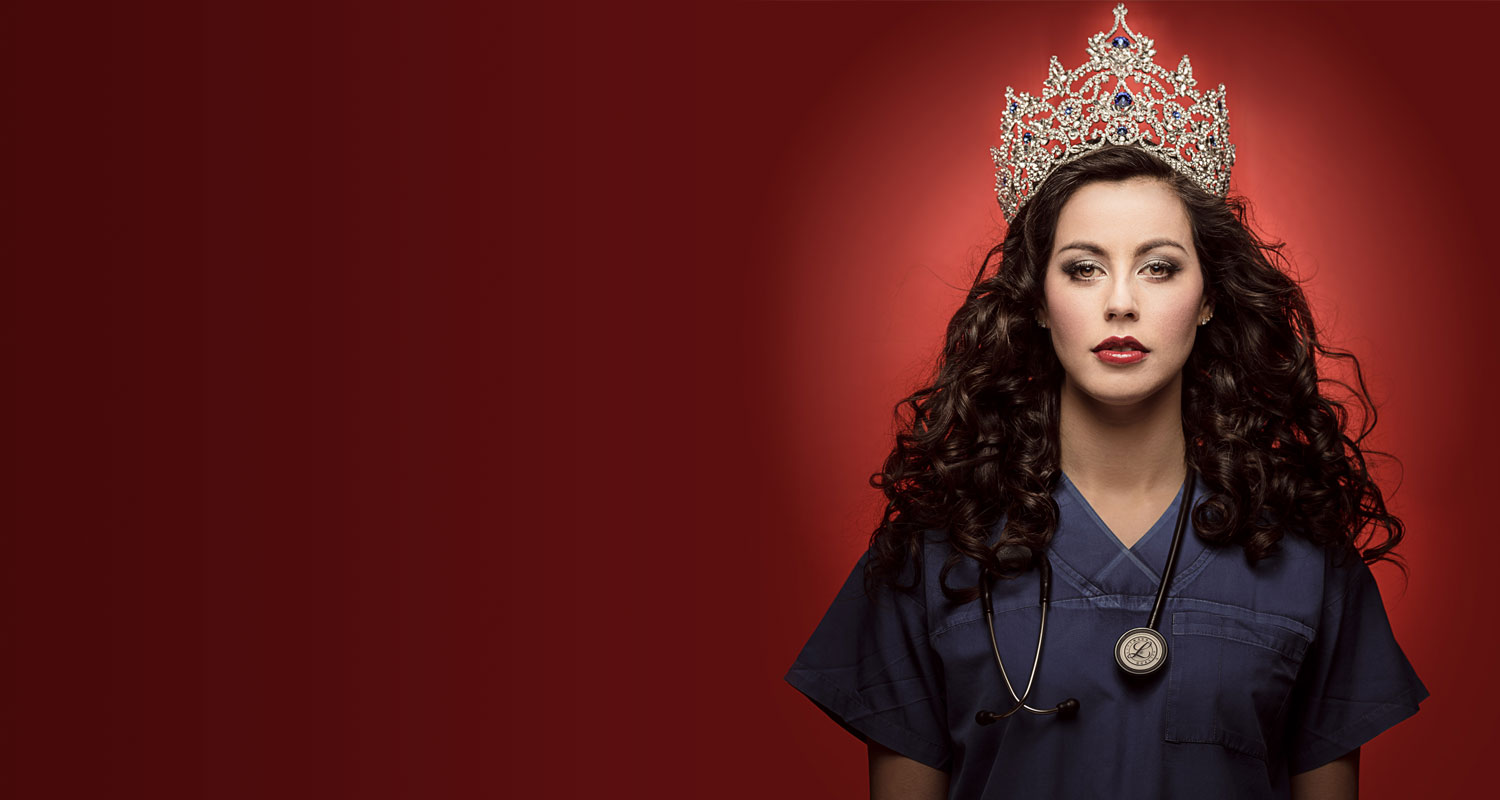 Newly-qualified doctor, entrepreneur and beauty queen: Otago’s Deb Lambie is much more than a pretty face.

Deb Lambie seems to be living a fairytale.

She’s a newly-qualified doctor starting work in a hospital, she’s co-founder of a charity educational project and she recently represented New Zealand in the last Miss World contest.

Her achievements haven’t all come easily. Like any good fairytale, failure and effort have played their part in Lambie’s story.

With both parents doctors who had studied at Otago, it was always possible she would follow in their footsteps. Her decision came at Dunedin Hospital when the teenage Lambie witnessed her father’s kindness to a distressed elderly woman.

“Having good role models who were making a contribution to the community through their work was inspirational, and that has only been strengthened through the people I have met while studying medicine,” says Lambie.

Otago was the obvious choice. “Most of my friends were going there and there’s also something special about going to the university your parents went to. I loved it.”

Health Sciences First Year was a reality check. “My only thought was that I might not be able to get into medical school. The course was competitive and our grades needed to be so good. It was such a relief at the end of the year when I got accepted.

“At med school you make special friendships with the people you meet. Medical students have so many unique and different experiences – such as witnessing births and deaths – and those really bring you closer.

“The staff are a wonderful group of dedicated people who go above and beyond to help students do their best, not just academically. They also try to look after students’ mental health and help you to be the best you can be as a person. They work to produce doctors who are well rounded as well as well qualified.

“I loved studying, but also loved doing things outside of med school with the competitions I have done for beauty pageants.”

Lambie’s slightly more glamorous life had started in a dairy, when the owner of a modelling agency invited her to come to see her.

“I was in the last year of high school. I never thought that modelling would be something I would be able to do. I finally went along a few months later and the owner had completely forgotten me – but said she might be able to use me in a few things.”

Lambie began modelling in Dunedin fashion shows and things grew rapidly from there. “Beauty pageants were the obvious next step because they were not just about walking down a runway, but involved interviews and public speaking.

“In my first competition I was really nervous because I had done no public speaking, so I joined Toastmasters in Dunedin. Developing those skills has been hugely valuable. Public speaking is such an important life skill.

“If the only gain that I ever got out of beauty pageants had been joining Toastmasters it would have been worth it. The organisation helped me turn my weakness into a strength.”

In 2012 Lambie was second runner up for Miss Otago, which she won in 2015. “I had no expectations. If someone had told me I would win Miss New Zealand and go to Miss World I would not have believed them.”

Lambie had to juggle her extra-curricular activities with her studies. “I worked really hard and the University supported me doing these things. Whenever I went to them with a request, their attitude was ‘how can we make this work?’ which I really appreciated.”

Beauty contests have changed with the times, says Lambie, who is a strong supporter of rights and equality for women.

“My generation does not have the same negative associations with beauty contests that my parents’ and grandparents’ generations may have had.

“Historically, the contests may have been based much more on aesthetics and may not have been empowering for women. But that’s not been my experience at all. For me, it has been far more about the whole person and your involvement in your community. It’s about the contribution you make.”

Contestants are encouraged to do charity work and the Miss World competition has raised more than half a billion dollars for charity over the last 30 years, says Lambie.

She has not only worked with several existing charities, but has started one of her own.

After her Bachelor of Medical Sciences, with first class honours in bioethics, she completed a Master of Entrepreneurship. With fellow student and now fiancé Dave Cameron, she founded LearnCoach to provide free online tutorials for NCEA students.

“The master’s challenged my thinking in lots of ways. Now it’s awesome to be working with a team of people who believe in sharing the gift of education.

“Over the last three years we have delivered millions of tutorials to thousands of students.

“This year we plan to broaden the content on the website and make LearnCoach accessible to all young New Zealanders by incorporating New Zealand Sign Language and Te Reo Māori.”

Not everything went smoothly in Lambie’s expanding world. Although short-listed for a Rhodes Scholarship, she didn’t get it. “I was disappointed to miss out on what would have been a life-changing opportunity, but just making it to the final seven was amazing.”

Competition at Miss World was tough too.

“We were such a diverse group – doctors, lawyers, models, professional athletes, singers – the talent was incredible. It was a huge team effort to prepare for Miss World and so many people came forward to support me. On the final night I was delighted to come 15tth out of the 120 contestants.”

Lambie found herself rooming with another Otago student, law undergraduate Latafale Auva’a, who was representing Samoa. “She’s so talented, good at study, sport and music, but such a lovely, kind, down-to-earth person. I hope to stay in touch with her for a long time.”

Lambie caused a mini media storm when she performed a haka in the cultural section of the contest.

“I really didn’t see that coming. I worked for months with expert Kereama Te Ua, who lectures in Māori performing arts. I’d performed the haka at marae and had feedback from different people. I could not have made a more genuine effort to perform it in the correct way.

“Then there was a lot of negative comment saying I should not have done it at all – but on the flip side I received an equal number of lovely messages of support, which really meant a lot.”

Lambie also learned some New Zealand sign language for the talent section of the competiton.

“Learning that haka and some New Zealand sign language were my first real connections with people from those communities. They helped me understand things from a new perspective and could, quite possibly, change the direction of my career and what I end up doing.”

Now Lambie has hung up her tiara. “My run is over. I’ve loved the opportunities that pageants have brought, but now it’s time to concentrate on medicine and the future.”

She has two years as a house officer at Wellington Hospital before she has to decide where she wants to specialise.

“It’s been such a privilege to have attended medical school and received a world-class education at Otago. I’ve been shown so many different areas of medicine, but I am yet to decide the one that will be the best fit for me."

“I also really hope to continue public speaking. Once I thought there was nothing worse than having to do a speech, but now I love it.”

She may be in luck. Following the Miss World competition, Lambie was invited to MC the opening ceremony of the World Miss University contest in China.

But her over-riding aim is to make a difference in the community – because she can.

“I believe in making the most of all opportunities that come your way and using them to make a contribution to the community.”