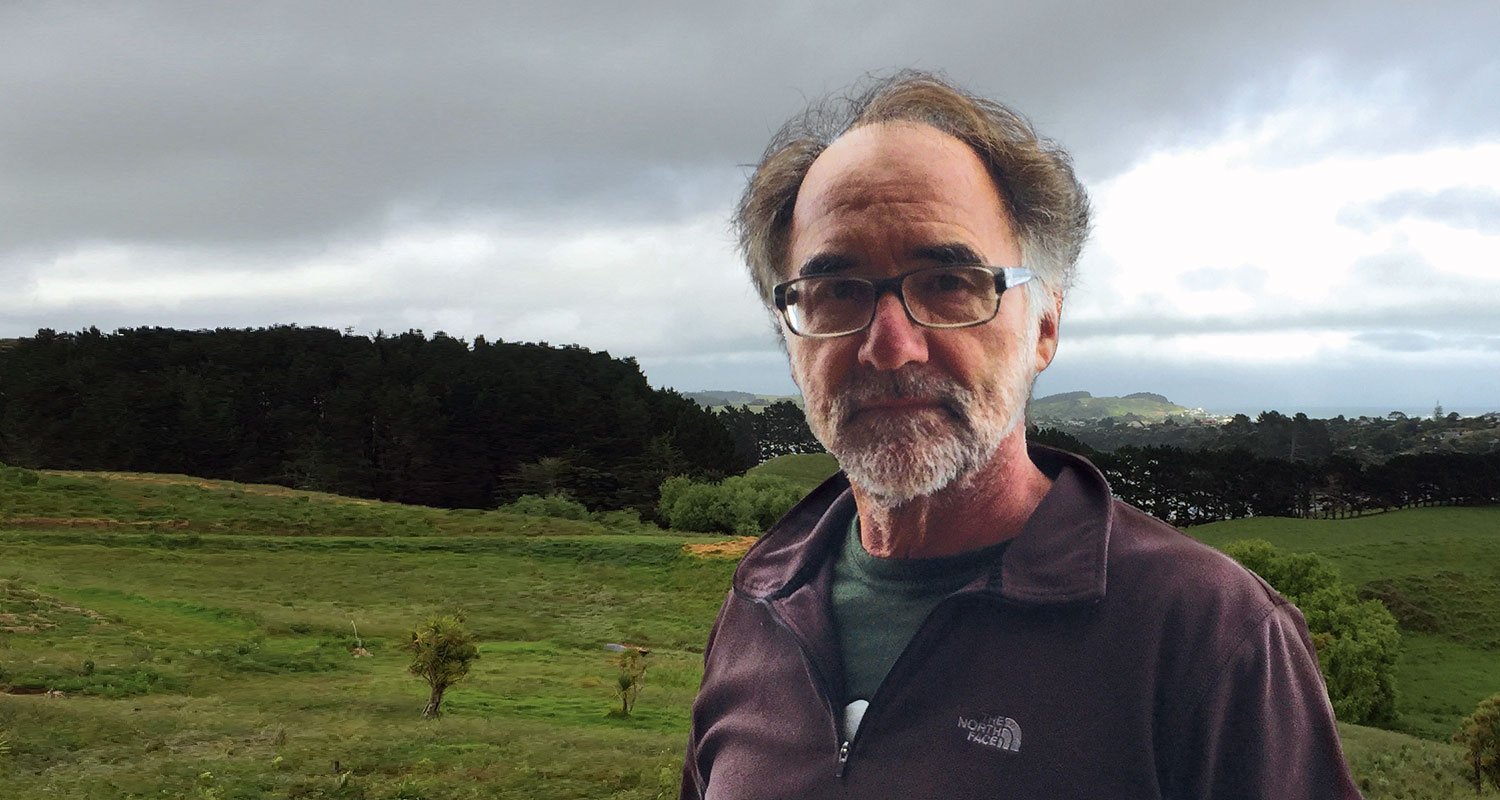 From an early interest in molecular biology, Otago alumnus Dr Tim Stewart has forged a stellar career at the forefront of medical science.

Groundbreaking scientific advances can attract short-term controversy, but gain long-term acceptance as their values are revealed.

When the recently graduated Dr Tim Stewart entered the rapidly developing field of molecular biology in the late ’70s, he had no idea he was about to make history.

But in 1984 he and leading American molecular biologist Dr Phil Leder succeeded in creating a transgenic mouse designed for cancer research. Their oncomouse had genes injected into its embryo that increased its susceptibility to cancer.

Their pioneering work saw them granted the world’s first patent for a genetically engineered animal – now a commonplace occurrence and a vital part of a wide range of medical research areas.

A copy of the patent hangs on the wall of the US Patent Office alongside those granted to Alexander Bell and the Wright brothers. Stewart went on to complete a stellar career in the US, far from his New Zealand origins.

He had just started studying Chemistry at Canterbury University when he discovered the work of French biochemist Jacques Monod on genetic control systems.

“The idea that a group of bacterial genes could be turned on or off together was an epiphany. It was so breathtaking it resulted in my transferring to Otago to do biochemistry,” he says.

“Dunedin was a fantastic student town and environment. I really liked the way all the students lived together in a relatively small part of the city, and the combination of flats and hostels."

After completing a BSc Honours and a PhD in biochemistry, Stewart realised his future was overseas.

“Over my studies I’d spent a lot of time discussing developmental and molecular biology with colleagues in biochemistry and other departments including physiology and microbiology. Elsewhere in the world people were asking critical questions and developing interesting techniques.”

He applied to half a dozen laboratories, mainly in the US, and gained a postdoctoral fellowship at the Institute for Cancer Research at Fox Chase in Philadelphia, where research included using teratocarcinoma cells to introduce specific genetic changes into mice.

He joined a team that expanded this research to include the direct introduction of cloned genes into early mouse embryos to study tissue-specific gene expression.

“I was interested in the mechanics and relationships between developmental biology and the underlying genes but, at that time, it was not clear exactly what a gene looked like or how the expression of the gene was controlled. It was my first formal introduction to genetics.

“I spent four years there and it would have been hard to have found a better position in terms of setting me up for the future.”

Stewart was plunged into long hours in a highly-competitive environment. “I’d gone straight from my PhD at Otago to a very prestigious institution in Philadelphia. East Coast science is very aggressive and can be intimidating to the uninitiated. But, after a couple of years, I realised that I enjoyed the high-pressure environment and that I could compete.

“You had to get out and find the right people to talk to. You had to learn to work independently. I feel a lot of gratitude to the University of Otago for what I got from there and the path it enabled me to take.”

Stewart’s work in Philadelphia introduced the idea of artificially introducing a new gene into an animal – and he wanted to know more. He took a research fellowship with Dr Phil Leder’s Department of Genetics at Harvard Medical School in Boston.

“I think you can make your own luck and timing. It was the beginning of an explosion in molecular biology research and Phil was one of the top five names in the world.

“I was in Boston for almost two years, working very, very long hours, but having a spectacular time with a great group of people.

“We worked very hard on profound questions about the role of genetic changes in the development of cancers. Now, those questions might seem trivial. However, when they were being discussed then, it wasn’t obvious how to go about addressing them.”

Genetically engineering a designer mouse for cancer research drew the attention of contemporary animal rights groups, but it was a breakthrough that has benefited medical science ever since.

“We were trying to address significant questions and were succeeding, but we did not think it was such a big deal at the time. We had no idea that we were making history."

“It was a major success, but only a small part of the work that we initiated in the lab while I was there.”

Stewart expected to move on to a permanent academic post, but was headhunted by leading biotechnology company Genentech.

“It never crossed my mind to go into industry. It wasn’t the thing serious scientists did at the time. But Genentech called and within two months I was in San Francisco, working with very confident, gifted and technically smart people. I could not have gone to a better place.”

In almost two decades with Genentech, Stewart continued to research and push the boundaries of medicine. His highlights include unravelling the relationship between gene expression and autoimmune diseases, particularly type 1 diabetes, and discovering the functions of molecule FGF19 in terms of health and disease, especially how it increases energy metabolism in animals – suggesting a potential future use as a drug for treating metabolic diseases.

When Genentech made a business decision to stop endocrine research, then-director Stewart had the opportunity to take over other projects within the company or to out-license projects he had been working on.

“Initially I had an emotional attachment to seeing things through, but I found I wasn’t ready to keep working seven days a week running my own pharmaceutical company.

“I’d had a hell of a good run, but I remembered the saying that mathematicians don’t do important maths after they are 30.

“It’s true of all science to some extent. These days it’s hard to compete with the energy and the skills of 30 year olds coming out of postdocs. So I am now largely retired from the biotech industry.”

Stewart runs his own consulting practice as an independent advisor, which gives him time to indulge his passions for travel and sport. He and his wife Rose, whom he met at Otago, visit their holiday home in New Zealand a couple of times a year. Stewart was a member of the New Zealand ski team in his youth and still skis, surfs and kiteboards.

“I first tried surfing in Christchurch, but I was never good at it. After years of talking about it in San Francisco I finally got back into it. It has to be one of the hardest sports to take up again later in life, but now I love it. And one of my sons got me into kiteboarding.”

He and Rose also volunteer with Habitat for Humanity, building homes for people in need.

“New Zealanders seem to be do-it-yourselfers and I’m no exception. When I left Genentech it was almost a given that I would end up doing voluntary work. Now I volunteer as a builder/plumber, helping build houses with Habitat for Humanity in San Francisco and elsewhere around the world.

“Every year for the last eight years Rose and I have done at least one international Global Village build in some very off-the-beaten-path parts of the world and we have a blast. It’s so rewarding to give your time and leave behind increased value for a family.”

It seems a fitting role for a man who has spent a lifetime seeking new ways of leaving behind increased value for the world.