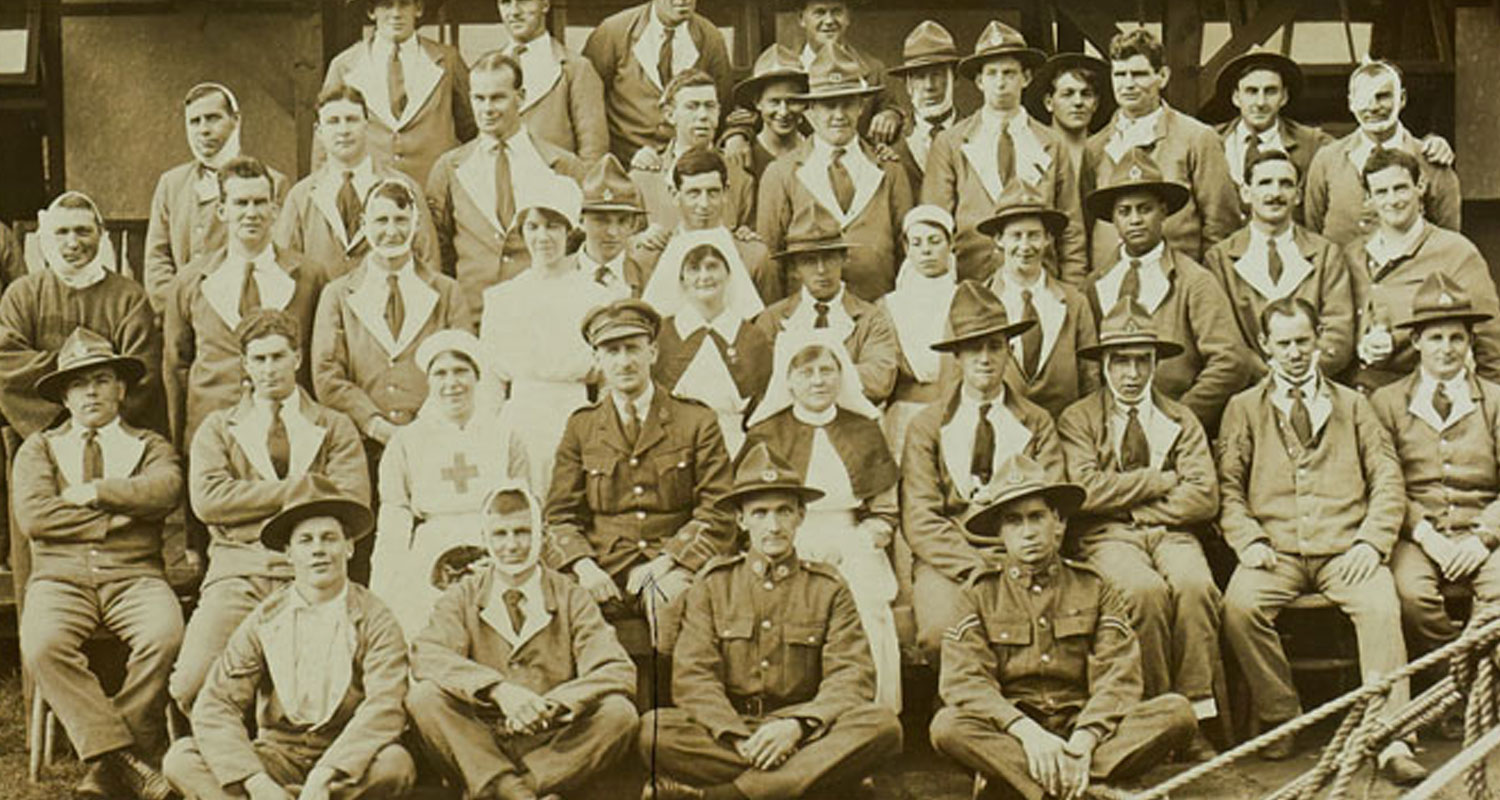 The Pickerill papers on plastic surgery, held at the Hocken, have been inscribed on the UNESCO Memory of the World New Zealand heritage register.

These papers are highly significant, not only as a record of the development of pioneering plastic surgery techniques, but also as some of the few surviving World War 1 medical records.

Dr Henry Percival Pickerill (1879–1956) was dean of the University of Otago Dental School before being seconded to the New Zealand Medical Corps during WW1 to treat facial and jaw injuries at No 2 New Zealand General Hospital at Walton-on-Thames and, subsequently, at the Queen's Hospital, Sidcup. An innovator among early plastic surgery pioneers who used bone, skin and fat grafting, and jaw wiring, Pickerill and his team treated nearly 300 men with severe facial wounds inflicted in the trenches.

In 1919 he returned to his work at Otago’s Dental School while also providing ongoing treatment to returned soldiers. He later opened the Bassam Hospital in Lower Hutt with his wife Cecily where, together, they specialised in the repair of cleft palate deformities in infants, pioneering post-operative and nursing practices that greatly reduced the risk of infection. He was awarded an OBE in 1919 and CBE in 1923. She received an OBE in 1958 and was made a Dame of the British Empire in 1977. 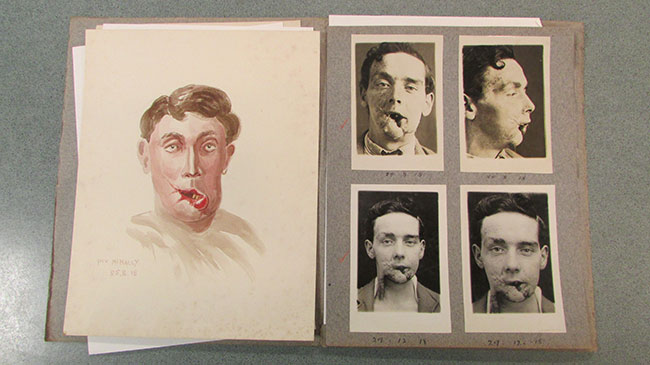 The patient records Pickerill brought back to New Zealand after WW1 are now housed at the Hocken. These include photographs, medical notes, x-rays, lantern slides and letters, as well as watercolours by artist Herbert R. Cole recording the progress of these soldier patients. Records of the Pickerills’ extraordinary skills in their work at Bassam Hospital are also part of this collection.

Hocken curator of archives and manuscripts Anna Blackman says this is an important medical archive, providing an exceptional insight into, and charting the history of, plastic surgery. It is also the only such archive available for researchers in a public research institution in New Zealand. The papers of New Zealand’s other plastic surgery pioneers, Harold Gillies and Archibald McIndoe, are in England.

Writing in support of the Pickerill papers’ inscription into the UNESCO Memory of the World New Zealand heritage register, Pickerill biographer Dr Harvey Brown describes the papers as having “worldwide significance”.

“The Pickerills were pioneers of plastic surgery in New Zealand… Their records, now held within the Hocken, are a lasting legacy to their enterprise and expertise.”

The Pickerill collection is currently being digitised and will be accessible for public access, with some caveats. This is part of the University’s WW1 commemoration project, funded by a New Zealand Lotteries grant.