Whatever happened to… the Leith?

Winding its way from the hills above Dunedin down to the Otago Harbour, the Water of Leith (or Ōwheo) has always been a defining landmark of the University of Otago campus.

However, it has also had a propensity to flood and, following a major such event in 1929, high concrete walls were built on both sides of the river to contain the occasionally rampaging waters. This construction was completed in 1939, although no record of the design and no formal reports about the decision have been found.

Now the Otago Regional Council’s (ORC) Leith Flood Protection Scheme is revisiting this, with dramatic impact to the stretch of the Leith between St David and Union Streets – that which dissects the park-like gardens in front of the Clocktower and which is also, arguably, the University’s most iconic view.

The western wall of the channel has been demolished, with the river bed and banks improved to prevent flooding. In line with the objectives of the University’s Campus Master Plan, vastly improved public access to the waterway has been provided with new terracing, steps down to the stream and a riverside footpath.

The St David footbridge has been extended on the western side to allow this path to pass beneath it, and decorative “heritage-style” railings have been installed on the eastern wall of the river that retains the Clocktower lawn.

The new structure received its first major test during a once-in-30-year flood on 3 June last year (2015) when flood water levels reached approximately 1.3 metres above the intermediate platform of the new terracing. However the ORC reported that new infrastructure performed well – as expected – with no damage to property and the scheme infrastructure remained intact.

Even the new grass remained unscathed: it has been planted inside a layer of plastic reinforcement which is secured to anchors 1.2 metres below ground, ensuring scouring cannot occur more than 50mm below the grass surface.

The next stage of the project, from the St David Street to Dundas Street bridges, is now underway. 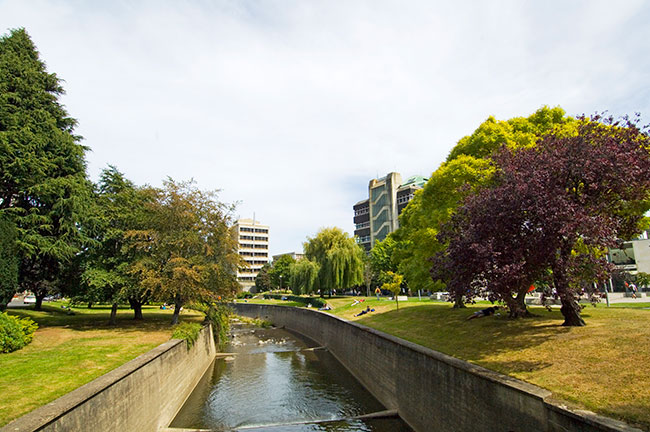 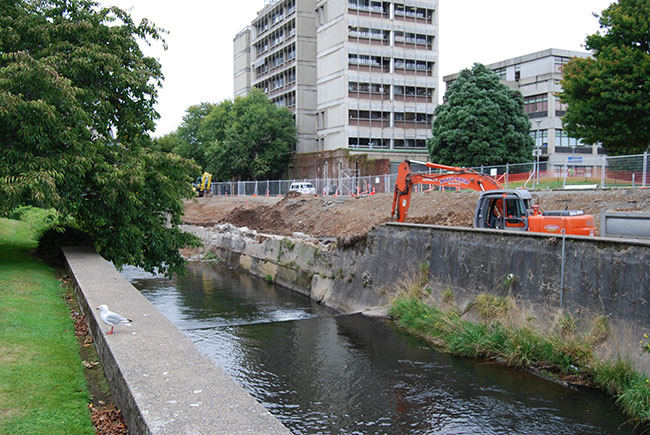 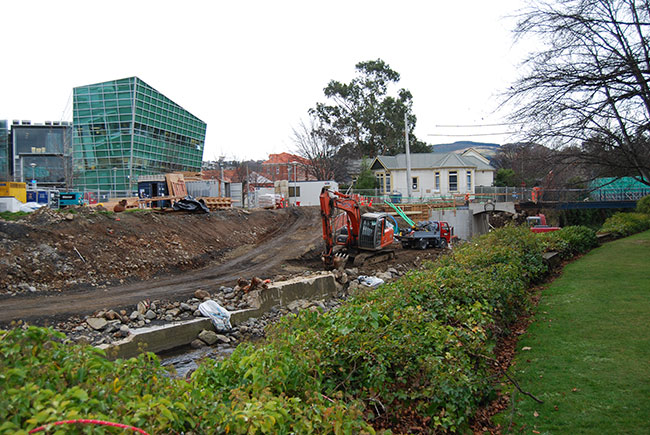 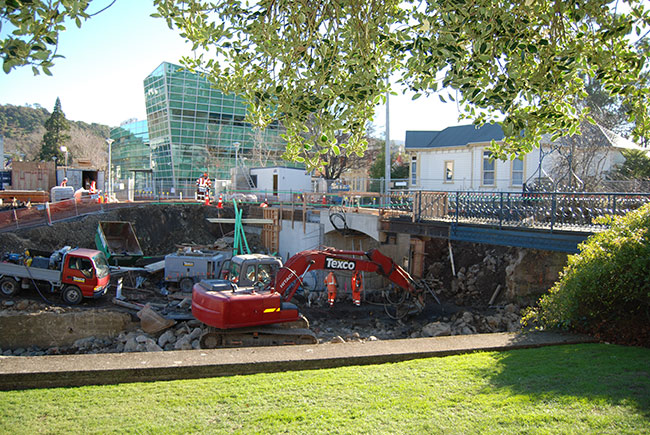 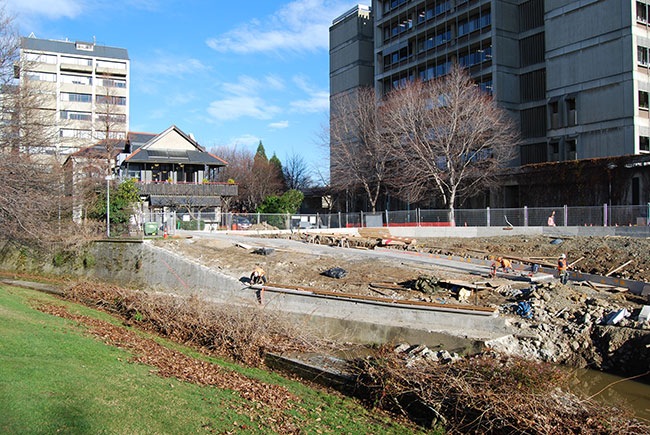 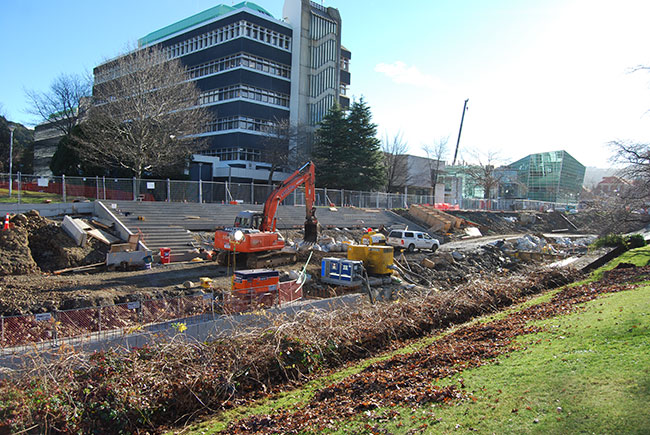 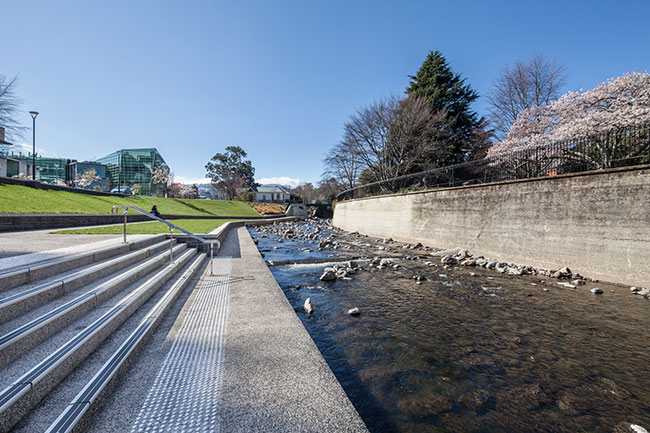 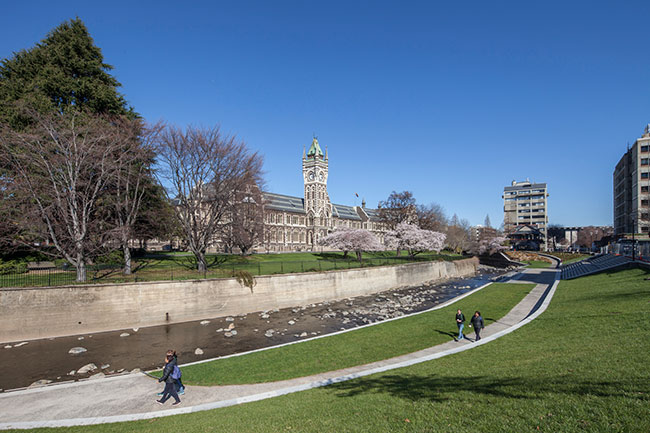