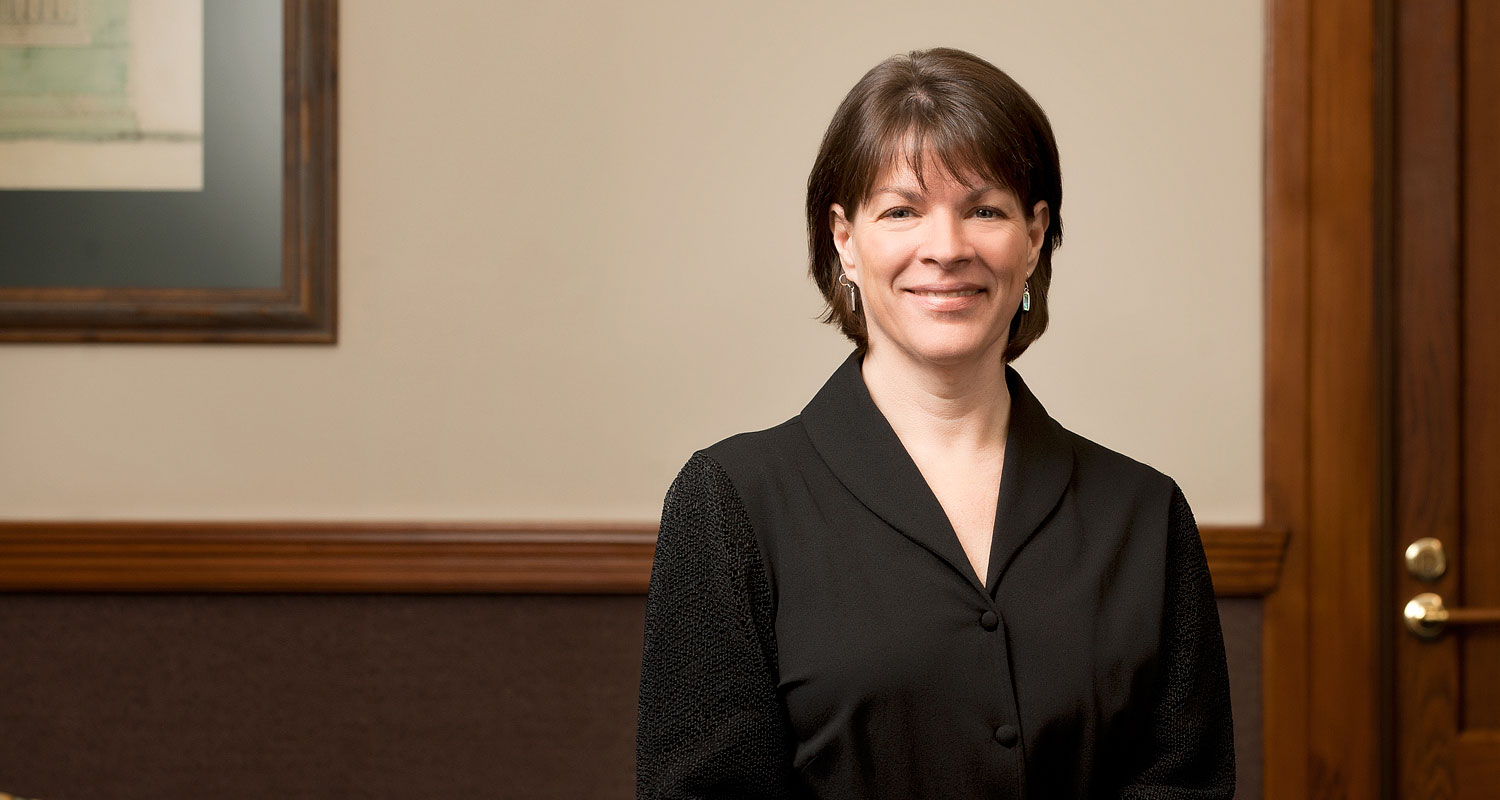 Vice-Chancellor Professor Harlene Hayne reflects on the role of women at the University of Otago, both in the past and today.

Every time the issue of my gender is raised, however, it takes me by surprise. In the course of my own academic career, my gender has never been an issue. I have never felt that people have expected less of me because I am a woman, and I never felt that a glass ceiling prevented me from pursuing my goals and aspirations.

When I was growing up, my father used to tell me that girls could do anything. At Otago, I have certainly found that to be true. In this way, my own career has been remarkably gender blind.

But I recognise that the privilege of gender blindness is due, in part, to the historical period in which I live and to the places in which I have been lucky enough to grow up, study and work. I know too that I owe a huge debt of gratitude to those women who came before me.

As a university, we have a very proud history when it comes to women.

The University of Otago is New Zealand’s oldest university, founded in 1869. The first classes were held here in July of 1871 – and just six weeks later, on 8 August 1871, the University Council voted unanimously to admit women. When they did so, we became the first university in Australasia where women could study.

In fact, the city of Dunedin became a trailblazer in the education of women and girls: just six months earlier, in February of that year, Otago Girls’ High School had opened as the first girls state-run secondary school in Australasia.

A key advocate for both developments was a Scots immigrant by the name of Learmonth White Dalrymple. As well as being a noted educationalist, this remarkable, far-sighted woman was active in the Women's Christian Temperance Movement and the women's suffrage movement.

Dalrymple was the first of a number of remarkable women who paved the way for the rest of us. Caroline Freeman was Otago’s first woman graduate. She received her degree in 1885; she walked to and from Green Island every day to attend her classes. In 1896, Emily Siedeberg-McKinnon, a former Otago Girls’ High School student, became the first woman medical graduate in New Zealand.

Winifred Boys-Smith (1911) was the first woman professor at Otago. She was appointed as the Foundation Professor of the Department of Home Science and Domestic Arts. She came to Otago from Cambridge where she studied natural science. Although she had completed all of the relevant course work, she was prevented from receiving a degree from Cambridge because she was a woman. In 1915, she became the first warden of Studholme College, which was the first residential college specifically for women at Otago.

Women at Otago are highly successful in the positions that they hold. The current recipients of the University’s Distinguished Research Medal and Rowheath Trust Carl Smith Medal (the latter for outstanding early career research) are both women.

Women also scooped the pool in our most recent Teaching Excellence Awards, taking all four top awards. Otago academic women also lead the way with the Prime Minister’s Supreme Award for Tertiary Teaching. Otago staff have won this award for the past four years, with three of the four winners being women.

My reflection on women at Otago is prompted in part by the recent publication of A History of New Zealand Women by Otago’s Professor Barbara Brookes. Her new book, which is both an account of women in New Zealand from the earliest days and a comprehensive history of New Zealand seen through a female lens, is a ground-breaking work.

Barbara is an exemplar in respect of women at the University of Otago. Success as an undergraduate student at Otago in the 1970s led her to postgraduate study in the United States. She returned to her alma mater to join the ranks of our academic staff in the early 1980s, and has been here ever since. Widely known as an outstanding teacher and researcher, she has also served as a Head of Department and the University Orator.

Students by the thousand are pouring into town, the weather is glorious and our Dunedin campus is abuzz with the bright faces and excited chatter of young men and women.

When I meet these students and – in many cases – their parents I am extremely proud that since its inception, the University of Otago has been a place where both men and women have the opportunity to achieve their full potential. Long may that continue.