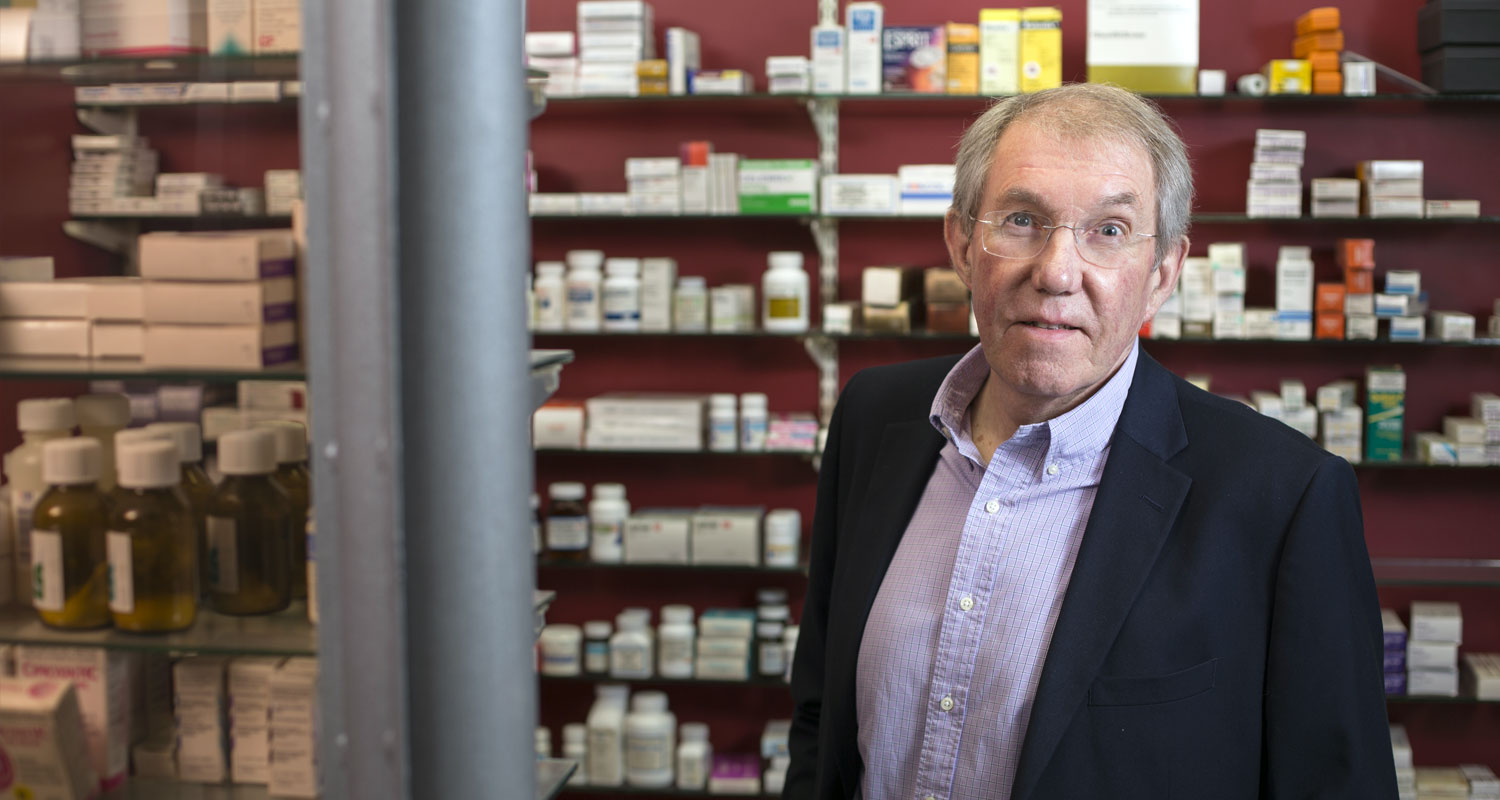 Established following the thalidomide tragedy more than half a century ago, the Otago-based New Zealand Pharmacovigilance Centre is today one of the unsung heroes of our health system, helping to ensure that medicines are safe.

Every time we take some medication, we potentially benefit from the cumulative wisdom of the New Zealand Pharmacovigilance Centre, based at the University of Otago’s Department of Preventive and Social Medicine.

Director Dr Michael Tatley explains that the centre and its 10 equivalent-full-time staff contribute to and support the safety of medicines, vaccines, herbal products and dietary supplements in New Zealand, through the monitoring of voluntary reports of what are dubbed “adverse events”.

One of the 1st monitoring programmes

These reports are made to either the Centre for Adverse Reactions Monitoring (CARM) or the Medication Error Reporting Programme (MERP), which both operate within the Pharmacovigilance Centre.

CARM dates back more than half a century, to international anguish in the wake of the thalidomide tragedy, in which about 10,000 infants worldwide were born with phocomelia (malformation of the limbs) to mothers who had been prescribed the drug to treat morning sickness.

The international response was to make it tougher to get approvals for medications and to introduce monitoring programmes for early warnings of adverse reactions to their use.
In New Zealand in 1965 Otago’s Professor of Pharmacology, Garth McQueen, established what became CARM, initially a Department of Pharmacology project, but funded by government since 1982.

Tatley says that it was one of the first such post-thalidomide monitoring programmes initiated in the world and remains one of only three national programmes run independently from medicines regulators such as the Ministry of Health’s Medsafe.

The previous year, the visionary McQueen, set up what became the more widely known New Zealand National Poisons Centre, also based at the University and later, too, funded by government.

Tatley, who is also the medical assessor for CARM, explains that it is not there to approve or regulate the use of therapeutic products: that is Medsafe’s job. Rather, CARM collects and evaluates spontaneous reports of unwanted or unexpected adverse reactions to medicines, vaccines and related products that occur when they are used under normal conditions.

He emphasises the extent of the problem by citing research, which shows that adverse drug events account for six per cent of hospital admissions in New Zealand and 16 per cent of claims to the Accident Compensation Corporation.

“CARM monitors and analyses the database for the identification of new signals, or important patterns, clusters or unusual events or practices that could have significance for medicine safety and prescribing practices in New Zealand,” Tatley says.

These findings are considered by Medsafe and the Ministry’s Medicines Adverse Reactions Committee. “This may result in further investigation and/or formal review, which can lead to emphasising or changing relevant prescribing advice or other regulatory actions aimed at ensuring the safety of medicines registered in New Zealand.”

“Adverse reactions to some drugs have been of sufficient significance to take them off the market,” Tatley notes, “but a more likely result is in tightening up prescribing practice: not to use it in patients with certain conditions; highlighting drug combinations that interact, and so on.”

CARM’s formal involvement in monitoring adverse effects of psychoactive substances such as “legal highs”, which began in 2013, was a major factor in the banning of synthetic cannabinoids and in making it harder to pedal other psychoactive products.

Tatley says that, as well as providing reports to the Ministry of Health, CARM directly advises health professionals about the possibility of an adverse reaction being due to a drug exposure.

For severe and life-threatening reactions, an electronic alert is recorded in a national system against the patient’s National Health Index number, which is accessible to hospitals. Tatley would like to see this warning system extended so that it is accessible in the electronic records kept by the person’s own doctor and other health-care providers.

Tatley notes that New Zealand has one of the highest per capita rates in the world of reporting adverse reactions, which he says reflects more diligent reporting rather than a bigger problem.

CARM and national monitoring centres in 123 other countries pool anonymous data into the database of the World Health Organization’s International Drug Safety Programme based in Sweden. New Zealand was one of the 10 founding members of the programme in 1968 and Tatley proudly points to its ongoing international reputation for the quality of its monitoring work.

“Through this network, New Zealand is able to keep abreast of the latest concerns around drug safety as they emerge, whilst access to the international database serves to complement the local experience of adverse reactions to medicines.”

While CARM is interested in adverse drug reactions when medicines are used correctly, the recently-established Medication Error Reporting Programme collects and analyses voluntary reports of actual and “near miss” medication errors. Tatley says that the idea is to learn more about why these errors happen and what safety improvements are needed to prevent them occurring.

The Pharmacovigilance Centre was previously also the home of the Intensive Medicines Monitoring Programme, focused on the safety of new medicines, until government funding for this programme ceased in 2012.

Tatley says that the New Zealand Pharmacovigilance Centre is a good example of the University’s contribution to community service. “I think that the monitoring of the safety of medicines is an important national function and makes a significant international contribution to medicine safety.”