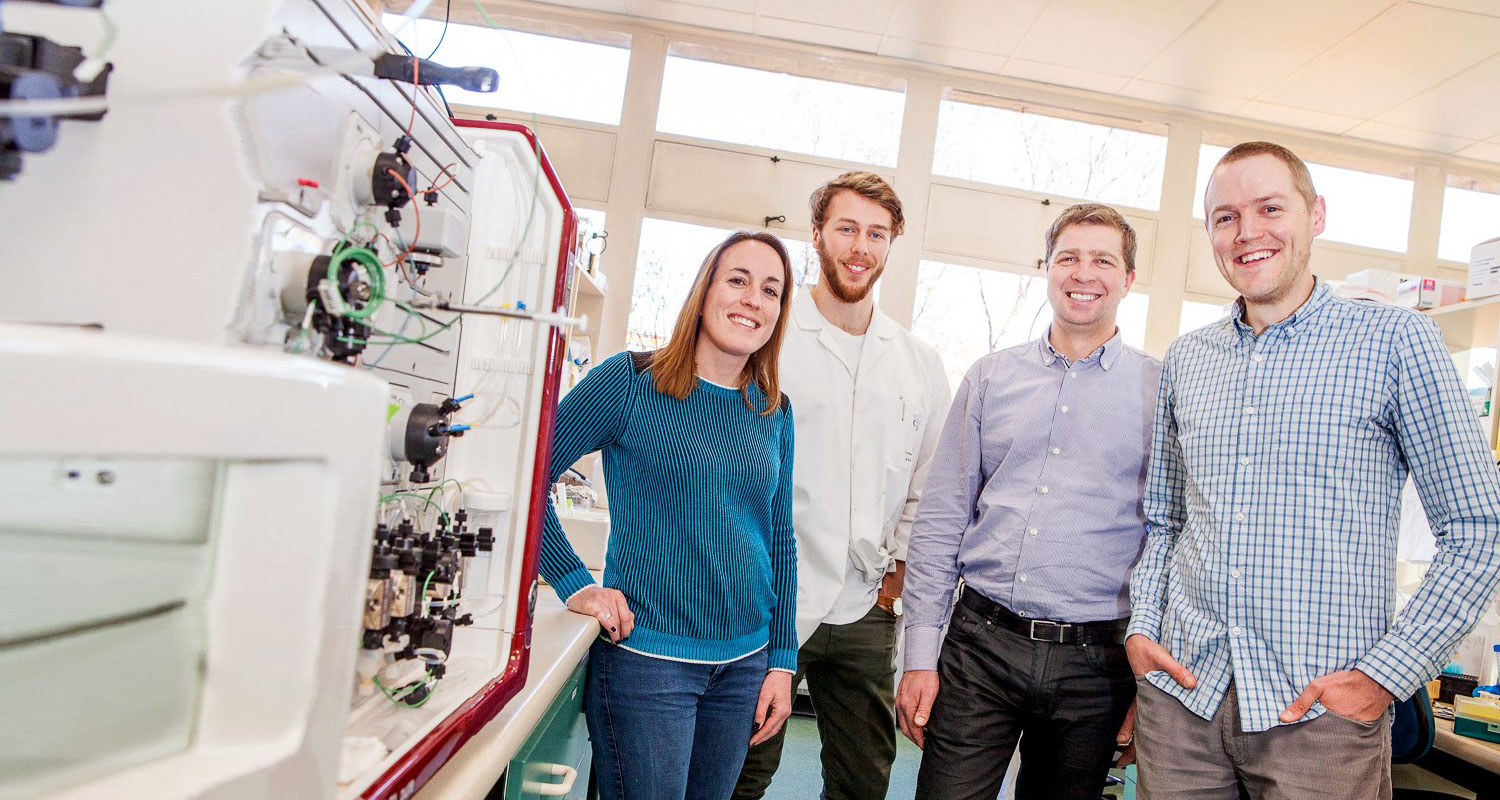 The 2016 Otago Innovation Limited Proof of Concept winner offers the potential to vastly improve the diagnosis and treatment of infectious diseases in the field.

An enzyme found in the hot springs and geysers of America's Yellowstone National Park has provided a valuable component for a simple and robust method to test for DNA mutations in the field. The discovery has won the 2016 Otago Innovation Limited Proof of Concept Grant competition.

This year is the 10th anniversary of the grant and, to mark the occasion, it came with a $60,000 prize – an increase on the usual $50,000 – to be used by the winning researchers to progress the development of their concept towards commercialisation.

The enzyme, engineered by PhD student George Taiaroa, his co-supervisor Associate Professor Richard Macknight, and protein biochemist Dr Peter Mace, all from the University of Otago Department of Biochemistry, catalyses a reaction that identifies if DNA is carrying a mutation.

Having an easy-to-perform test, using blood or saliva, has the potential to greatly improve diagnosis and treatment of infectious diseases in remote locations, such as rural villages in the developing world.

"The overall aim of my PhD project, which is what this research is part of, is to make tools which can be used out in the field or at the point of care, to do DNA diagnostics – such as in a remote doctor's clinic in areas where you don't have a centralised hospital, let alone a laboratory."

The ability to carry out these tests could greatly improve the treatment given to patients by allowing medical staff to see whether a person has an antibiotic-resistant strain of bacteria or a particularly virulent form of a virus.

"To be able to give a really actionable result as to which treatment a patient needs in the space of an hour or two could make a big difference."

The enzyme could also be applied to detect DNA mutations that are characteristic of certain cancers, thereby helping clinicians select the ideal treatment strategy. There are also applications in agriculture, including developing new plant varieties, and in bioprotection.

It is hoped the test could be produced in a form not all that different from a pregnancy test, where a sample with a DNA mutation results in a simple colour change which is different to the normal DNA.

Macknight says there is scope to work with international companies that specialise in these types of simple, portable tests.

The team plans to develop and validate the enzyme over the next year. It will be used in a novel method for analysing DNA they developed last year, which was the winning entry for the 2015 Health Sciences Translational Research Grant.

Macknight says the Yellowstone connection came about because areas such as that yield a range of bacteria that can live in such extreme environments.

"That makes their enzymes tolerant to fluctuations in the environment and, in particular, extremes of temperature, so lots of scientists use enzymes from these sources because you then have something you know is not going to go off over time and is going to be stable."

Taiaroa says the prize will allow them to move on to the next stage and determine whether the idea has the potential to be a commercial success.

"We have done the academic side of it – and on paper it should work – but now we need funding to take our concept to reality," he says.

"If we get the second step, then we've got everything down for a method that could be used out in the field and withstand extreme temperatures and humidity, and still give a really clear result.

"Being a biochemical method rather than a piece of machinery, it doesn't cost a whole lot to run these tests, so it should ideally be less than a few dollars to run each time."

Otago Innovation’s Commercialisation Manager Francesca Rollason says this year's Proof of Concept Grant competition attracted 16 high quality entries covering a range of fields, including 11 groups who had not worked with them before.

"Although there was only one winner, we are hoping to work with several of the remaining applicants to help them progress their ideas commercially."

All the applicants had to make presentations to a panel comprising internal and external judges.

"This year we also invited external investors and venture capital funders to come along and spectate. It was good because it added another dimension to some of the questions that came up."