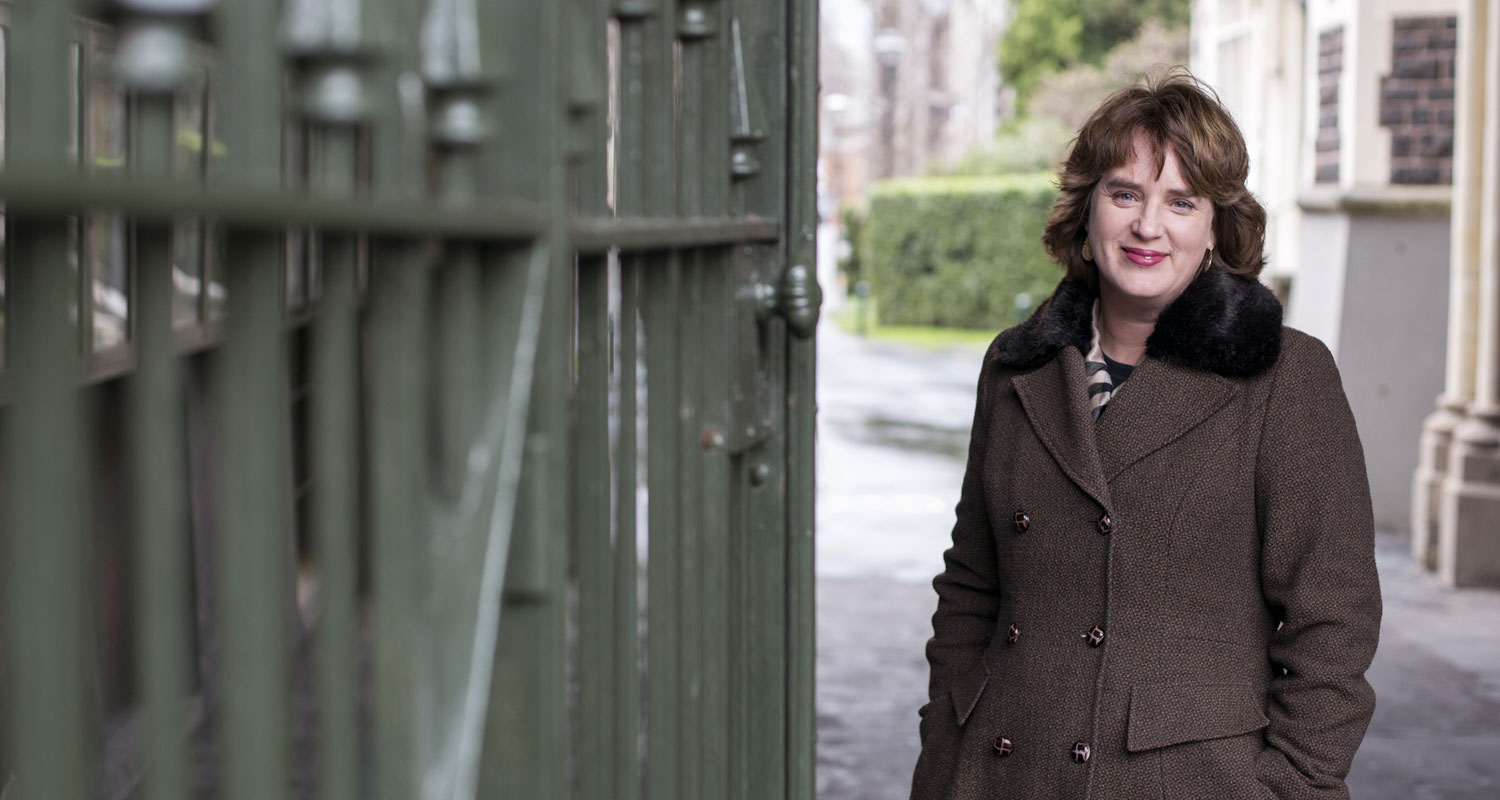 Otago alumna Dr Anna Campbell’s commitment to the importance of producing “smarter” stand-out products is taking her to far-flung corners of the world – exploring animal breeding projects in Inner Mongolia and goat milking in India.

There is no question that New Zealand produces some of the world’s best agricultural products – but how will the wheat stand out from the chaff in today’s competitive global markets?

“The key is looking at available products and finding ways to naturally improve key compounds.

“A recent example is an animal diet and genetics project we worked on with Alliance Group and Headwaters, a sheep breeding group, to develop high omega lamb meat.”

As world fish stocks become critically depleted, this product could have obvious appeal to markets in countries with high inland populations, such as China, she says.

“Products that provide an alternative to traditional cow dairy products are attracting interest internationally. Goat milk farmers get several times more for milk solids than dairy farmers – about NZ$18 per kilo – but, as I always say, today’s new product is tomorrow’s commodity, so science and innovation are critical; we can never rest on our laurels. It’s vital we put research behind these types of products to create and maintain niche, high-value markets.”

For this to happen science must show that technologies are beneficial and work with farmers to integrate them into existing production systems.

“Many great ideas and research are never really applied. Our company establishes a bridge between science and business to show how new ideas can add to the value chain … and how they can help businesses expand.”

After 10 years in business, AbacusBio has grown to employ 30 staff, including a steady stream of Otago graduate students who have a range of mathematical, scientific and business backgrounds.

While its activities are far-reaching, the company’s core capabilities are genetics and analysing animal pedigree and performance.

“About 30 per cent of our income is international and much of this is focused around quantitative genetics – understanding the mathematics of breeding livestock – but we also have farm consultants who are very applied and work with farmers every day.

“We’ve evaluated technologies and the consultants have said ‘no, a farmer would never use that’, so they keep our scientists grounded.”

In addition to researching the development and implementation of new products, agri-tech research also has a “safety-catch” function in ensuring claims made about a product’s benefits are borne out by science, and to guarantee products are made in a safe and environmentally responsible way.

Campbell’s recent experience as an executive member with the Agriculture at Otago research theme has further shown the potential for private-sector researchers to partner with the University of Otago.

Agriculture at Otago, which comprises 50 researchers involved in land-based research at the University, was launched alongside 12 other research themes in April 2016, to investigate areas of strategic importance to the regions, New Zealand and the world.

The theme, which is led by University of Otago Department of Microbiology and Immunology Emeritus Professor Frank Griffin, focuses on enhancing agricultural productivity, adding value in primary industries, and increasing sustainable and profitable environmental management practices for primary producers in the domestic and global agricultural sector.

The theme’s website launched in June and, soon after, Campbell spoke about its goals and AbacusBio’s capabilities at the Asia Pacific Food Integrity Conference in Auckland.

With momentum building, Agriculture at Otago pushes researchers and the institution into an “exciting space”, in which the University’s reputation for medical research could be linked with science that explores the role food plays in human health, she says.

“The University could play a big role in the future of New Zealand agriculture. [Manuka honey company] Comvita is a great example of how to build a commercial model from a strong foundation of research and development – the research describes the basic biology of those products and what they do for human health, but also how to develop new products and innovate.”

Campbell’s ideas on the value of science being in its application formed while she was studying for a Bachelor of Science (with a double major in Botany and Biochemistry); but things “clicked” during her honour’s degree studies.

“I played a lot of sport and enjoyed my time at University, but I probably lacked a little focus until, in my fourth year, I wrote an essay on grapevine viruses that was pivotal for me. I realised that what I was learning could make a difference.”

Encouragement from lecturer (and honour’s supervisor) Associate Professor Paul Guy and Dr David Burritt was instrumental in her decision to work in science in “an applied space”.

In a recent newspaper opinion piece, Campbell described her first job – researching which parts of wheat chromosomes changed noodle colour – as leading to a feeling of disgruntlement at operating in such a narrow research space.

These experiences led to her understanding she needed to be more "big picture'' in her work.

“I meet many people in sales or policy areas whose science qualification has been the basis of an exciting career. So now, if I’m talking to undergraduates I say ‘don’t let people put you in a box, have an interest in law, business, language. Even if it takes you a year longer, explore other things; study Māori or Mandarin.’”

A broader appreciation of different cultures and different business practices will become an agri-tech essential as access to larger Asian markets – and those in the US and European Union – becomes a reality.

Campbell says while future market access will provide marketing options, there will be more competition and pressure to produce stand-out “smarter” products.

Agriculture research and technologies will also increasingly play a part in mitigating the impact of future realities like climate change, population growth and intensive land use.

“I tell students that these are really exciting places to work, but you have to have an open mind about what it is you want to do.

"There are many opportunities out there for our producers and our products, and the companies involved in getting them to market, but there will also be challenges."

“Having said that, I never would have believed, as an 18 year old, I’d be setting up animal breeding programmes in Inner Mongolia, or working for a company that is working with a goat milking company in India.”

Campbell’s family has a long association with Otago. Her great-grandfather, Thomas Hendra, helped make made the wrought iron gates in the University Archway; his daughter, Campbell’s grandmother Elizabeth Campbell (nee Hendra), went to Otago and, while studying for her Bachelor of Arts, met her future husband (Campbell’s grandfather), Archibald Campbell, in an Anthropology class; he graduated with a master’s degree in History. Campbell’s father, Professor John Campbell, studied medicine at Otago and was later Dean of the Otago Medical School between 1995 and 2004.