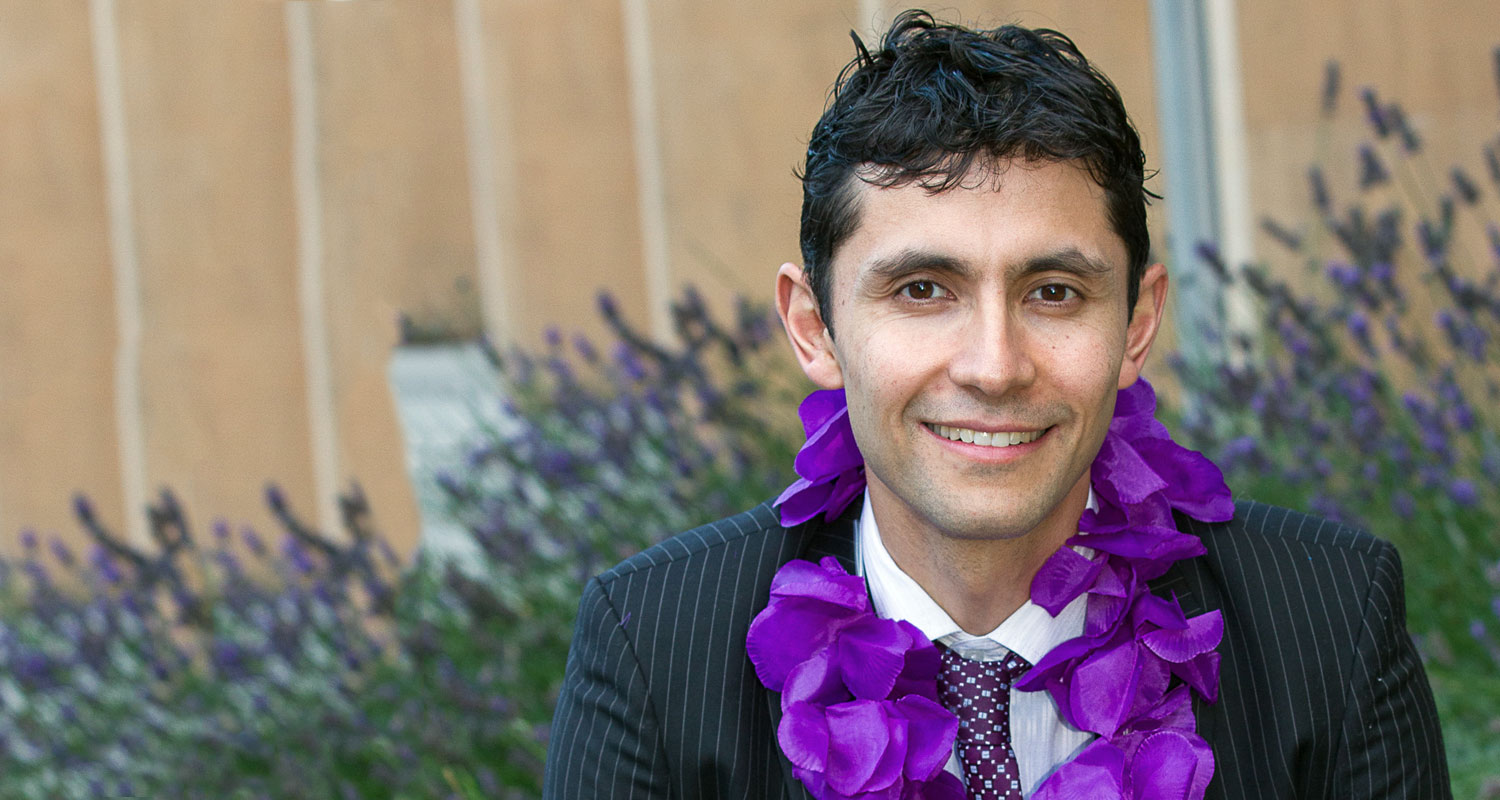 Alumnus Dr Xaviour Walker is looking at the big picture, taking a “macro” view of public health and policy.

Since graduating from the Otago Medical School in 2006, Dr Xaviour Walker has spent much of his career gaining broad medical and public health training to understand more about how he can “contribute to improving health care and reducing health disparities”.

He gives a “real-world” example from Baltimore – gained while he studied for his Master of Public Health at the Johns Hopkins Bloomberg School of Public Health last year – to show the role knowledge plays in reducing these disparities.

“In that city there’s a real issue with structural inequalities. From suburb to suburb the life expectancy varies greatly due to social deprivation. I was able to work in the needle exchange services and provide training on overdose prevention using intranasal naloxone, which is part of the Baltimore Health Commissioner’s work on reducing drug overdose deaths. Going out with a needle exchange van in the city to see the challenges some people face on a daily basis was a humbling experience.”

His time in the city yielded a “brief” that has been adopted by the Mayor’s office, and which informs funding for community health-workers and case managers to improve the continuity of care for women leaving prison.

He is now doing a fellowship at the University of California (Irvine) in geriatrics and says this latest appointment fits with his medical career’s trajectory.

After graduating from Otago he worked at Dunedin Public Hospital, before practicing rural emergency medicine in Australia. In 2009, he moved to Boston for an internal medicine residency and served as chief resident and a medical education fellow at Mount Auburn Hospital, Harvard Medical School. He then stayed on as an attending internal medicine physician and a clinical instructor at Harvard Medical School. During this time he also gained a Diploma in Tropical Medicine and Hygiene – a Gorgas course – in Peru.

This led to Baltimore and the Johns Hopkins Bloomberg School of Public Health. A bonus of his career has been working at local, state and federal levels – including the Baltimore City Health Department, Maryland Department of Health and Mental Hygiene, and National Institutes of Health (NIH) – and with private sector health-care providers, and occupational and travel medicine at GlaxoSmithKline global headquarters in Philadelphia.

His medical career has featured service on numerous medical advisory bodies and contributions to various international health publications. Earlier this year he was pleased to present a white paper to the Office of Global Research at the National Institutes of Allergy and Infectious Diseases (NIAID), National Institutes of Health (NIH), on infectious diseases’ research opportunities in the Pacific Islands, which included looking at the work New Zealand, Australian and United States researchers have done in the Pacific region.

But compiling a list of impressive credentials has been incidental; inspiration for his career in internal medicine and studies first came at Otago through his mentor Brigadier Dr Brian McMahon, a retired army surgeon, and (later) Dr Leo Celi, a US-trained infectious diseases and ICU specialist who encouraged Walker to look at further postgraduate training in Boston.

Reading about pioneering Otago medical graduates such as plastic surgeon Dr Archibald McIndoe, who trained at the Mayo Clinic in Minnesota, and Sir Thomas Davis – the first Cook Islands doctor to graduate from Otago, and a recipient of a fellowship to the Harvard School of Public Health – provided inspiration.

Even before graduating from Otago, Walker found clinical work personally rewarding, but his experiences – especially Otago Medical School electives in Fiji, Samoa and Tonga – led to a belief in the need to also understand the “macro” of public health systems.

“In the islands I realised the importance of being a good doctor, but I also wanted to understand other dimensions of public health – such as preventative measures, systems improvement and infrastructure."

"There are, for example, some very good clinicians in the Pacific, but in many places they do not have the labs and support resources. It really drove home the need to look at grassroots clinical work and the bigger picture of public health.”

Working in the region, and subsequently attending conferences on health in the Pacific, has added to his appreciation of its cultures and communities, and his own Tongan heritage.

“I was initially able to be involved with Pacific Islands medical students during my time at Otago, but I found my calling was going back to the islands to practice medicine. This really helped me connect in lots of ways, and working in the hospitals and communities there is something I could do long term.”

Earlier this year, whilst in Dunedin attending the Division of Health Sciences Pacific Welcome, Walker described the University of Otago’s moves to capitalise on historically strong links in the Pacific as “more than symbolic”.

“People’s health will improve in the region if there’s an integrated approach and universities build relationships with governments and medical bodies. Through various MOUs, the leadership at Otago is doing some great work in building these long-term relationships.”

Such initiatives might reconcile the Pacific’s “two worlds”; one is inhabited by tourists at five-star resorts while many local people live on under US$1.25 per day.

In many low-income villages the impact of skin disease, pneumonia, infectious diseases and illness caused by fresh water shortages and rising diabetes rates is all too apparent.

“There’s a lot of work that needs to be done but, in a way, because of the fall-out from natural disasters and poor infrastructure, there is much that’s accepted by Pacific communities who have different materialistic values.

“I think formal relationships show a respect for [the community’s] ideas and mean the initiatives are collaborative and empower people, rather than make aid or assistance seem like a hand-out. It’s great the University is becoming more active in this role. Along with that, we need laboratory and other clinical infrastructure that will help local clinicians do excellent clinical work, which is a win-win.”

Walker is encouraged by the increased number of Pacific Islands student enrolments in health-care programmes.

“It is a full credit to those involved, especially under the leadership of Faumuina Associate Professor Faafetai (Tai) Sopoaga, who has been a role model to myself and many young Pacific Islands health professionals.”

These “unique opportunities” helped form his belief in contributing to medicine at various levels, and he links them with recent involvement with the World Medical Association (WMA), where he helped found the Junior Doctors Network and was the inaugural chair in 2011. He was recognised for his contribution with the International Resident Leadership award from the Royal College of Physicians and Surgeons of Canada in 2014. He is still working with the WMA as a policy adviser and encouraging the involvement of junior physicians worldwide.

“My Otago medical training was first class. I am extremely grateful for all the clinicians and lecturers who taught us over the years. During medical school I was also able to work rurally on rotations in Invercargill, on the West Coast and also in the Pacific Islands.

"One of the main reasons I looked to the US to add to my New Zealand training was to offer a set of skills that could be of use in New Zealand and the Pacific region."

“Long term, I would like to come back to New Zealand to work clinically and in the medical school while continuing my interests in public health and policy. I have family in Dunedin and love working with students.”

His future work may be among a growing group of doctors and researchers who are working to connect links between the US, Australia and the Pacific area.

“I’ve been working with many of the New Zealanders who are based in the United States and there is a strong desire to leverage existing resources and efforts, and link US-based medical alumni back to New Zealand.

“I’ve benefitted from so many opportunities during my career, so a lot of what I do now is about opening the door for others coming through.”