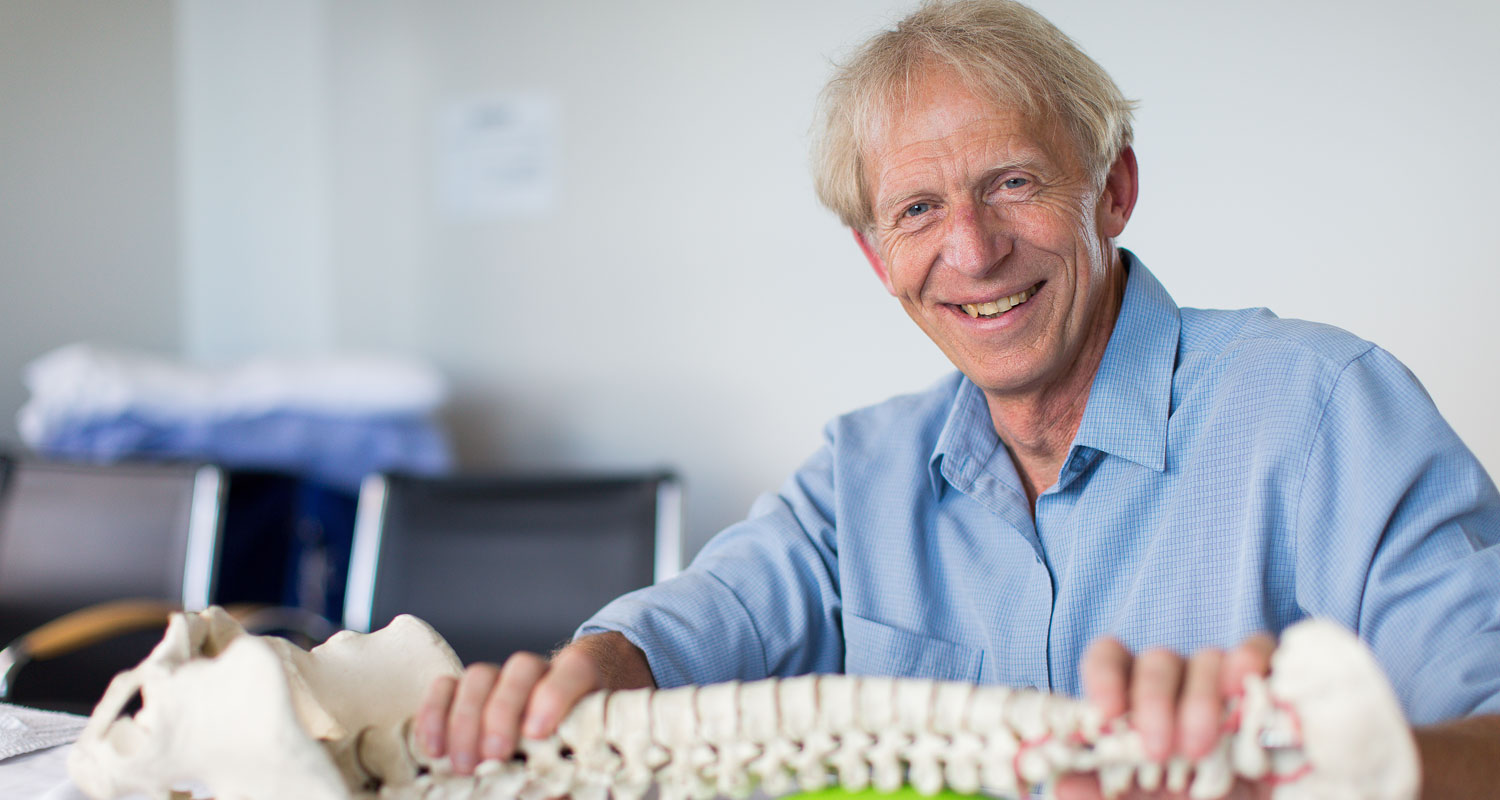 Otago physiotherapy alumnus turned inventor Steve August has used his skills to create the Backpod, a device to treat the back and neck problems increasingly prevalent among young people.

Not everyone would consider failing to get into medical school to be their lucky break, but that is how Steve August views the turn of events in 1977 that led to his successful 30-plus-year career as a physiotherapist and, now, entrepreneur.

“I didn’t have the chemistry prerequisites needed for medical school, which proved to be my lucky break. Physiotherapy seemed to be the next best bet and I entered into it with no real idea of what was involved,” he recalls.

“But I lucked into something I was good at, found fascinating and let me talk to lots of different people. I’ve had a great time.”

Now retired from his home-based private practice in Dunedin, August’s energy and creative flair are fuelling his new career as an inventor and entrepreneur.

Not that he had to look very far for inspiration for his latest venture, the Backpod. It was, in fact, the increasing prevalence of poor posture among young people that he saw on the streets and in the coffee shops everyday that inspired his simply-designed device – a half-ellipse, made from silicon and plastic, that is intended to be used at home for the treatment of upper back and neck problems.

August has dubbed the increasingly common condition he sees as “the iHunch”: young people with hunched shoulders and curved upper backs, heads hung forward, which, he says, is the result of hours spent everyday peering at smartphones, tablets and laptops. (August’s observations about the “iHunch” and its health implications for a generation has garnered much international media attention, including a mention in a New York Times opinion piece and an interview on the US morning television programme Good Morning, America.)

“During my 30 years as a physiotherapist, upper back and neck pain was, by far, the most common problem that walked through my door,” he says. “But those were adults, in their 40s and beyond. Now the problem is more widespread and occurring at a much younger age.”

August developed the Backpod with the help of industrial design expert Andrew Wallace and Nick Laird, former head of the University’s Department of Design Studies, launching the product in 2012. It has since sold more than 20,000 units worldwide and garnered a number of design and innovation awards, including the prestigious German Red Dot design award.

The Backpod is not August’s first invention to go to market. Thirteen years ago he created and launched the Kiwitub, a chemical-free spa pool that operates without electricity and which is still manufactured and sold today – largely through word-of-mouth referrals.

He credits his training at the University of Otago with helping to encourage his innovation.

“My experience has always been that there is no tall-poppy chopping at the University of Otago, that there is a culture of support and that everything I’ve done built on what I did before. There is a natural sequence and, certainly, my physio diploma was the start of that sequence of success,” he says.

“I think the awards the Backpod has won indicate that we can definitely meet and lead world standards in practical health science innovations from here.”