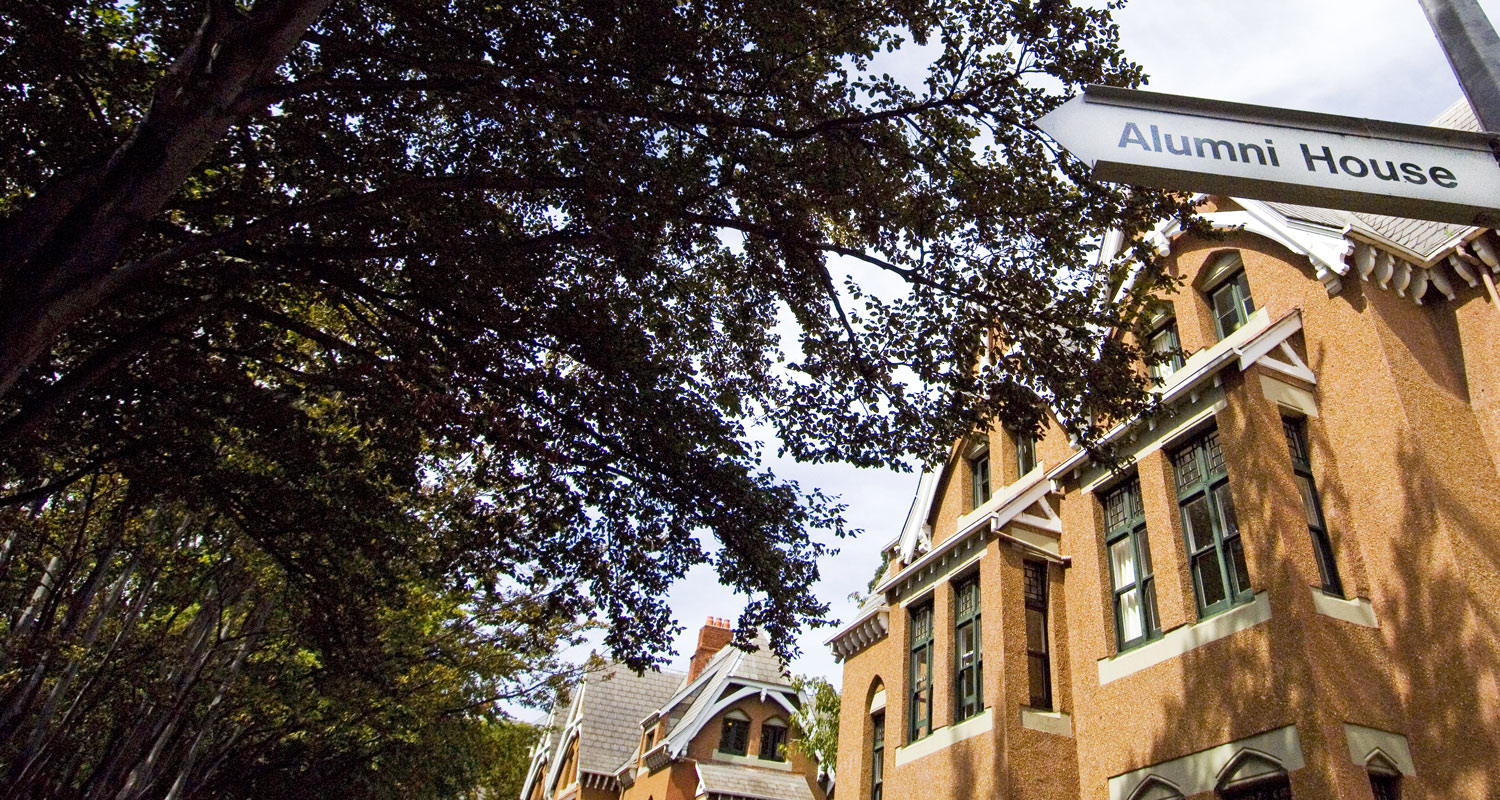 Shaping the Future Together Annual Appeal resonates with donors

The excellent response to Otago’s 2017 Annual Appeal highlighted how alumni and supporters can make a positive difference for our students, important research projects and the global community.

University of Otago Development and Alumni Relations Office (DARO) staff say the generosity of 668 supporters worldwide – including 150 new donors – meant the Shaping the Future Together appeal exceeded its target by almost $20,000 to top $158,000.

Appeal funds will be passed on to seven projects in three areas – student exchange and scholarships, research and community outreach – in accordance with donors’ wishes.

While most donors were New Zealand-based, a significant came from an alumnus in South-East Asia who graduated in the late 1970s. In a letter to DARO he enthused about his time at Otago, and explained his formula for giving which saw him donate a set amount for each of his 43 postgraduation years; this equated to a gift of almost NZ$14,000.

DARO Director Shelagh Murray says the Annual Appeal results highlight the potential for the Otago community to support projects that have wide-ranging benefits.

“We promised funds would help translate academic endeavour into real-world solutions, and help students and our community: we are very pleased the appeal’s collaborative, future-focused theme resonated with supporters. Gifts of every size helped us surpass our target and every dollar given will be used well. We sincerely thank all who contributed.” 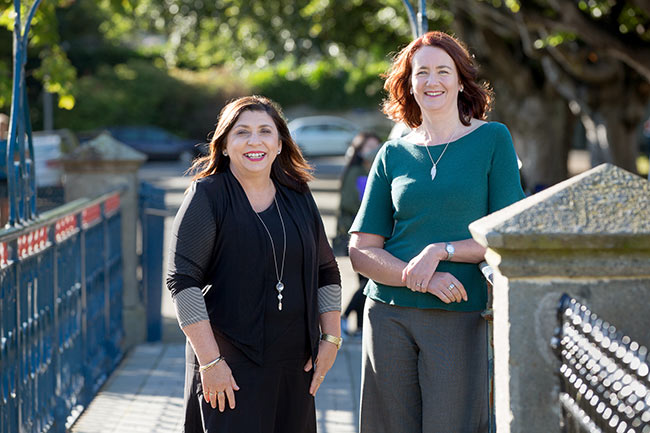 Murray, who started her role in February, says while Otago has a “strong existing culture of philanthropy and alumni engagement”, a future priority will be communicating the value of supporting Otago’s many areas of activity and excellence.

“The generosity of our alumni and donors already helps important research initiatives, and support for several longstanding and recently-established scholarships improves access to quality education for our young people. I believe there is tremendous potential for further giving to make an impact in many important areas.”

In addition to enhancing existing networks, Murray says encouraging alumni who have not been in contact with the University since graduation to reconnect will also be a priority in the lead-up to Otago’s 150th anniversary celebrations next year. The 150th celebrations will be an excellent opportunity to showcase the wonderful research and teaching undertaken at the University and promote support for some important projects.

Murray has amassed extensive experience in developing and implementing successful fundraising and alumni relations strategies as Head of Alumni and Development at the University of Canterbury (for nine years) and in her subsequent five-year role as Executive Director of Development and the Foundation at Victoria University of Wellington.

From 2015 until her Otago appointment she was a senior consultant at Australasian fundraising consultancy AskRIGHT, which works with non-profit organisations, including many schools and universities in Australia and New Zealand, to optimise their fundraising and donor engagement programmes.

“Among her duties will be developing and implementing strategies to foster long-term mutually beneficial relationships between the University and its graduates, corporations, foundations and the broader community.”

The University also has a new alumni engagement manager. After a decade as the Division of Health Sciences’ marketing communications manager, Donnella Aitken-Ferguson was appointed to this new role in late 2017.

Aitken-Ferguson looks forward to connecting with many alumni in 2018 at national and international events, and encourages supporters to discuss opportunities to network, and support Otago, at any time throughout the year.

“Attending these events will provide me with many great opportunities to discuss how best the University can engage with alumni and supporters to build mutually rewarding relationships.”

One of Aitken-Ferguson’s main goals is to build an awareness of the “alumni concept” as an integral part of University experience.

“We want to increase our students’ awareness of the value of being part of alumni networks from the time they begin their Otago journey so they know the value of forming lifelong, meaningful, connections with their alma mater,” she says. 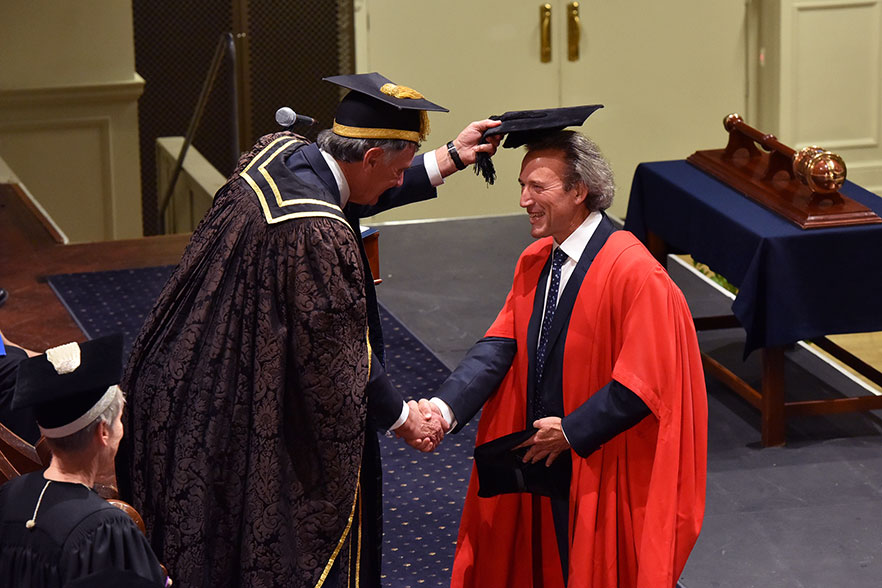 An honorary doctorate conferred last year continued the University of Otago’s tradition of recognising alumni who value success and philanthropy.

Dr Hart shared insights with 310 commerce and law graduates at the Dunedin Town Hall ceremony into how his personal and professional values have underpinned his success.

He left school at 15 with “too much attitude in one pocket and not a cent in the other”. But hard work and some savvy business acquisitions in the following decades led to him heading an international business empire and becoming New Zealand’s richest man.

Aged 30 he undertook a University of Otago MBA and was “immensely grateful” for the opportunity to study, learn from Otago Business School academics and to have experienced life on the Dunedin campus.

Then University of Otago Chancellor John Ward who conferred Dr Hart’s degree (above) described him as an "outstanding" graduate and said he was immensely proud that the University had recognised Dr Hart’s substantial contribution to New Zealand, its business community and people.

Dr Hart approached study in the same way he did business and enjoined graduates to develop interpersonal skills, carefully consider their options, be passionate, look for opportunities as they arose and to be bold in seizing them.

Central to Dr Hart’s career has been owning and managing New Zealand’s largest enterprise, Rank Group, which is the hub for a range of international business activities. The group has built and developed several substantial financial entities including Whitcoulls Group, Goodman Fielder and Carter Holt Harvey.

While he prefers to keep a low profile, individuals, family groups, organisations and schools have all benefited from his generosity. Dr Hart's philanthropic activity included: the City Mission Christmas appeal; a boat that carries Fijian children to school; a studio building at Pine Ridge Indian Reservation; American grizzly bear protection efforts; and support for cancer treatment.

The Otago Magazine is dedicating its first issue of 2019 to celebrating the University’s 150th anniversary – and we would like you to be part of this.

We are looking for at least 150 standout memories that we can highlight – and there is no limit to the scope of this.

Please include your name and the years you were at Otago.
Any photos you have are welcome as well. 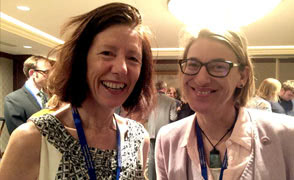 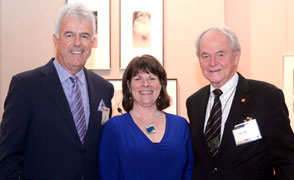 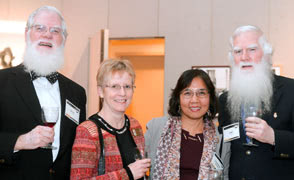 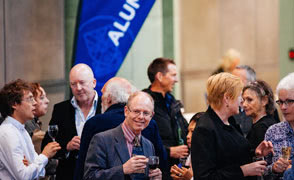 The national launch of "Undreamed of... 50 Years of the Frances Hodgkins Fellowship" was held in the Link at Otago’s Dunedin campus
Dunedin, 26 September 2017. 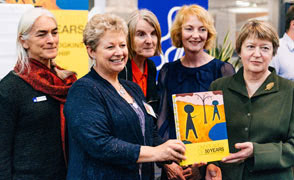 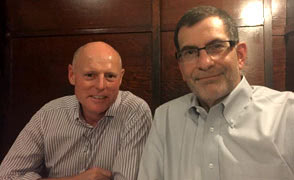 For information about the University's 150th celebrations in 2019