The University of Otago has topped every one of the latest key government indicators measuring the educational performance of students at New Zealand’s universities.

Released late last year by the Tertiary Education Commission, the annual Educational Performance Indicators examine course and qualification completions, overall and first-year retention rates and progression to higher levels of study. Having been top in all but one of the indicators in 2016, Otago has now completed a clean sweep by ranking first across all of the key measures.

Otago Vice-Chancellor Professor Harlene Hayne says the University’s unprecedented success “highlights not only the excellence of our academic staff and teaching and learning environment that the University offers students, but also the commitment Otago students put into achieving to their full potential”. 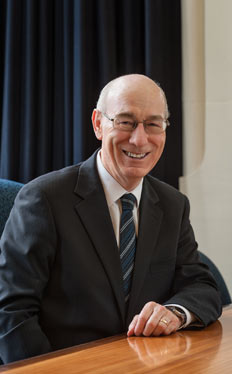 Dr Somerville was previously the Pro-Chancellor of the University. He joined the University Council in 2010 and became a ministerial appointee in 2012.

“I consider it a great privilege to serve as the University’s 19th Chancellor. I am looking forward to working with the Vice-Chancellor, Professor Harlene Hayne, the newly elected Pro-Chancellor for 2018, Mr Stephen Higgs, and the members of the Council,” he says.

University of Otago researchers have gained around $24 million for 33 world-class research projects in the latest Marsden Fund annual round – the University’s most successful round ever.

The results of this highly competitive and prestigious funding round were announced in November, with researchers from across the University’s Divisions of Commerce, Health Sciences, Humanities and Sciences securing funding.

“We are delighted that the exceptionally high quality of Otago research ideas has been rewarded with our largest success ever, both in terms of the number of researchers supported and the total amount of funding,” he says.

The Royal Society Te Apārangi administers the Marsden Fund on behalf of the government. It is regarded as a hallmark of excellence that allows the country’s best researchers to explore their ideas.

The University of Otago has been recognised as a new World Leisure Centre of Excellence (WLCE) by the World Leisure Organization (WLO), a worldwide, non-governmental association dedicated to discovering and fostering the leisure experience as a force for human development and well-being.

This acknowledges the University of Otago as having highly qualified international research and teaching staff, including top class facilities. The research specialisation of the Department of Tourism on well-being, growing personal and ecological well-being through tourism and leisure were some of the strong points highlighted by the evaluators.

The centre will be known as the WLCE University of Otago, and will be situated within the Department of Tourism.

A University of Otago architectural collection spanning 150 years has been recognised for its significance to New Zealand history.

"For the Hocken, Memory of the World registration is a wonderful and lasting way we can recognise the significance of these records to the history of architecture and the built environment in New Zealand,’’ she says. 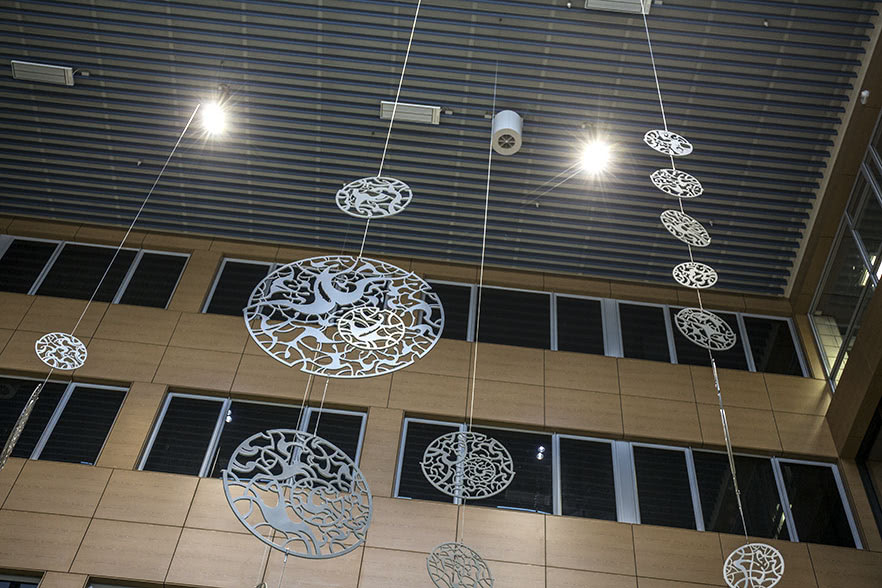 The building was redeveloped over two floors, in a major project which began in October 2016. This brings it into line with a more modern learning environment, and replaces the wet and cold atrium which was worsened by leaks and the lack of a wind-proof door.

The newly-developed ground level incorporates teaching, study and social spaces, an information sharing area, as well as a café and the Dean’s Office. This new common area will be known as Te Wao Nui.

The University of Otago has renamed City College the Caroline Freeman College after the University’s first female graduate (see banner above).

“The University of Otago was the first university in this part of the world where women could study. This is a part of our history that brings us great pride. I am very pleased to recognise that proud history by renaming our College after our first female graduate,” says Vice-Chancellor Professor Harlene Hayne.

Te Kāika, which was formally opened at the end of February, is based at the former College Street School and offers GP and dental services, gym facilities and social service providers in the same complex.

Teaching is also an important component of Te Kāika, with the University training students from across the Health Sciences’ professional schools on site.

In the latest QS World University Rankings by Subject, the University of Otago has five subjects in the top 50 worldwide.

Four staff members have been honoured in the University of Otago’s annual Teaching Excellence Awards.

Deputy Vice-Chancellor (Academic) Professor Vernon Squire says Otago has a proud tradition of teaching excellence. "The four teachers who have won awards this year join a select group of our very best educators whose remarkable accomplishments in learning and teaching place them in the company of the best in the world.”

Dr Htin Lin Aung (Microbiology and Immunology), Dr Hamish Jamieson (Medicine, Christchurch), Dr Michael Pankhurst (Anatomy) and Dr Daniel Ribeiro (Physiotherapy) have each been awarded around $500,000 from the Health Research Council (HRC) to pursue world-class projects aimed at improving New Zealander’s health and well-being and contributing to international progress in these areas. They are among a total of 17 Otago health researchers and students to receive the latest funding through the HRC career development awards for 2018.

Two University of Otago academics have received Fulbright New Zealand Scholar Awards to undertake research in the United States. Professors Neil Gemmell (Anatomy) and Tony Merriman (Biochemistry) have been awarded up to US$37,500 to support research for three to five months in the US. Gemmell will research the usefulness of new "gene drive" technologies for the control of predatory pests, at Massachusetts Institute of Technology and the Broad Institute. Merriman will research the genetic basis of urate control and gout in African-Americans, at the University of Alabama Birmingham.

Professor Emerita Carolyn Burns was awarded the prestigious 2017 Marsden Medal by the New Zealand Association of Scientists in November.

Many years of service to Dunedin’s French community and to French culture in the city have earned Otago’s Dr Christiane Leurquin (Languages and Cultures) the French National Order of Merit.

An idea that could revolutionise the management of severe pain has won the University’s 2017 Translational Research Grant. Dr Ailsa McGregor (Pharmacy) will work with Associate Professor Natalie Medlicott (Pharmacy) and Professor Paul Glue (Psychological Medicine) to develop a novel medication for severe pain that will increase pain control, prevent tolerance and reduce side effects.

Associate Professor Chris Button as the new Dean of the School of Physical Education, Sport and Exercise Science. Button, who came to Otago from Edinburgh in 2003, says his “healthy obsession” with physical activity will be a driving force in his new role. His research and teaching concerns the use and application of technology to aid skill acquisition and how its use promotes physical activity.

Dr Dianne Sika-Paotonu as Associate Dean (Pacific) at the University of Otago, Wellington (UOW). Sika-Paotonu is the first Tongan, Pacific biomedical scientist to be appointed to this role within the Division of Health Sciences at Otago. She is based in the Department of Pathology and Molecular Medicine at the UOW.

Shelagh Murray, a highly experienced facilitator of non-profit fundraising, as its next Director of Development and Alumni Relations Office. Murray took up the role in February.

Emma Neale as the new editor of Landfall, published by Otago University Press. Neale has published six novels and five poetry collections, and edited several anthologies. She is a former Robert Burns Fellow (2012) at the University of Otago and has received numerous awards and grants for her writing.

Alumni and academic staff recognised in the New Year Honours include: Companion of the New Zealand Order of Merit (CNZM): Dr William Blair Rhodes Rolleston, for services to the farming industry.

Otago alumnus Graeme Hart was awarded an Honorary Doctor of Commerce by the University of Otago in December. Hart is an internationally renowned businessman and philanthropist. His current profile relates to building, owning and managing the largest business enterprise in New Zealand – Rank Group – under which sits a vast global platform.