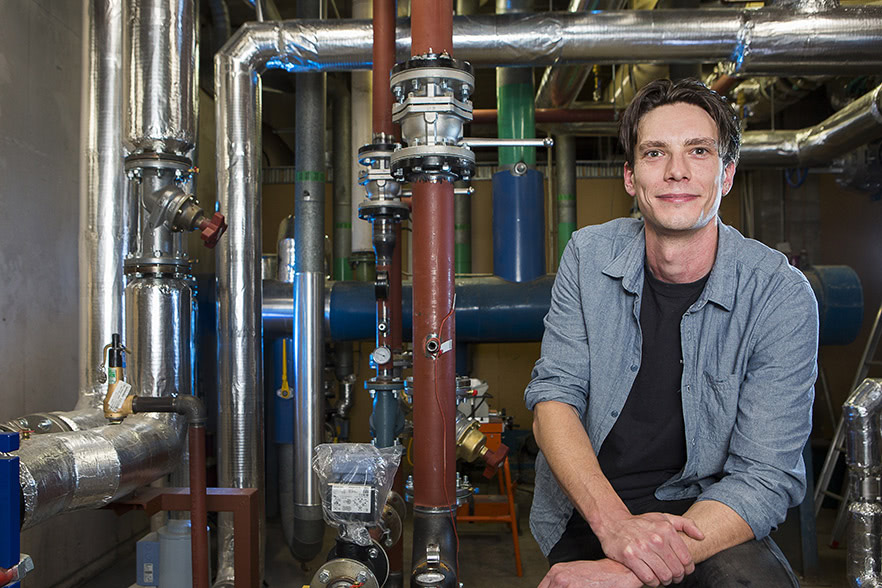 Rafferty Parker: “Such control would provide consumer savings, reduce congestion on the electricity grid and facilitate greater uptake of renewables.”

Fourth-year energy studies student Rafferty Parker is exploring the use of the internet to control hot-water cylinders fitted with devices that can turn up and down the heat.

“Such control would provide consumer savings, reduce congestion on the electricity grid and facilitate greater uptake of renewables.”Parker notes that electricity companies already use ripple control to help them cope with peak demand, but his research looks at smarter options that also take into consideration price fluctuations and renewable sources such as solar energy.

He adds that temperature changes would be subtle enough so that individual consumers hardly noticed, but the combined effect of controlling every cylinder throughout the country would be like a massive battery bank of cheap, off-peak, renewable, stored energy.

Parker says that although his research focuses on hot-water cylinders, it would be equally applicable to anything that can store energy, such as other insulated heating or cooling systems and electric cars.

Parker is the only Otago student to be awarded a 2018 Energy Education Trust of New Zealand scholarship, which he says is a great help in reducing the financial heat while he completes the research.