New Zealand may soon be voting on the legalisation of cannabis for recreational use. Associate Professor Joseph Boden discusses the pros and cons based on findings from the Christchurch Health and Development Study. 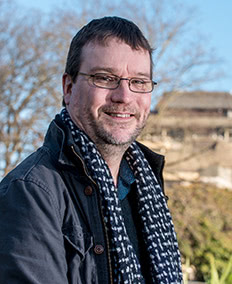 Associate Professor Joseph Boden: “Any change to laws and policies must be accompanied by robust evaluation to ensure that no additional or unforeseen harm accrues from these changes…”

The Government has told us that there will be a referendum, possibly as early as 2019, on the legal status of cannabis for recreational use. It’s not at all clear at this point what the referendum question(s) will be, and the formal process for developing the referendum has not yet begun as of the writing of this article (August 2018). Prior to these recent events, there have been years of debate between pro-cannabis activists and those people who seek to retain the current prohibition laws over the putative harms associated with cannabis use.

As with many debates, each side has made extreme and polarised statements, ranging from “cannabis is completely harmless” to vastly inflating the harms associated with cannabis use. The evidence from psychiatric epidemiology suggests that the truth lies somewhere in between. Before each of us receives our ballot papers in the mail, it is worth reviewing some of these findings.

The University of Otago can boast of two major longitudinal studies, the Dunedin Multidisciplinary Health and Development Study (DMHDS) and the Christchurch Health and Development Study (CHDS). Both studies have examined the life course of approximately 1,000 individuals born in the 1970s and studied to middle adulthood, and both studies have contributed significantly to the international literature on the psychosocial and health-related harms associated with cannabis use over the past 25 years.

What have our studies found?

There are a number of potential harms associated with cannabis use, but the most important include the following. The first is what is termed an “amotivational syndrome” in which the use of cannabis prior to age 18 (and particularly heavier use of cannabis, generally defined as “at least weekly”) is associated with an increased risk of failure to achieve educational qualifications, a greater risk of under- or unemployment, and a higher likelihood of welfare dependence.

The second important potential harm is what is referred to as the “cannabis gateway effect” in which the use of cannabis, particularly in younger and heavier users, increases the risk of the use of other, more dangerous, illicit drugs. In the CHDS, being a weekly cannabis user increased the risk of other illicit drugs by more than three times to age 25. It should be noted, however, that some evidence suggests that it is the fact that cannabis is illegal that leads to this gateway effect, but more research is needed.

A third potential harm is that younger and heavier users are at greater risk of developing psychotic symptoms during periods when they are not acutely intoxicated by cannabis. Data from the CHDS suggest that those using cannabis daily at some point prior to age 21 had an 80 per cent increase in risk of psychotic symptoms by age 25.

In spite of these risks, which accrue primarily to younger and heavier users, it must also be noted that cannabis is a relatively safe drug in terms of toxicity and is much safer in this regard than alcohol. Furthermore, unlike alcohol, there’s relatively little evidence of association between cannabis use and offending behaviour, including violent offending.

Finally, CHDS research has shown that arrests and convictions for cannabis use do not reduce subsequent use of the drug and that enforcement of cannabis prohibition is biased against Māori.

Following the referendum, if we either decriminalise or legalise recreational cannabis use, what will happen? Because recreational cannabis has been legalised in parts of the world only recently, the research that can answer this question is in its infancy, so it is not entirely clear what we should expect to happen. It is unlikely that large numbers of people will try the drug who have not done so previously. For example, CHDS data suggest that approximately 80 per cent of the cohort have used cannabis at least once. Applying these data to the population, it seems unlikely that there will be a large number of new users, as most New Zealanders have at least tried cannabis. However, what is more likely is that rates of use will increase amongst people who have already used cannabis, or who would have done so irrespective of its legal status.

Given this information, what should a potential referendum look like and how should we decide how to vote?

First, we would argue that any change to laws and policies, whether via decriminalisation or legalisation, must be accompanied by robust evaluation to ensure that no additional or unforeseen harm accrues from these changes, including large increases in rates of use, particularly in younger and more vulnerable populations. Furthermore, robust evaluation also entails having mechanisms in place to alter or amend the laws if, indeed, unforeseen harm is observed.

Second, it is imperative that, if recreational cannabis is legalised, we must not follow the same free-market philosophy that New Zealand has concerning alcohol. Strong regulations are required in order to ensure the quality and potency of the product, avoid the “anytime, anywhere” availability of cannabis, and to actively discourage the use of cannabis by adolescents. Mechanisms for doing this would include limiting the number of licensed outlets, limiting the trading hours of these establishments and setting a purchase age no lower than 20 years.

It’s clear that with a referendum on the legal status of cannabis, New Zealand stands at the threshold of a new era for our approach to substance use. It is our hope that all New Zealanders fully inform themselves of the potential risks and benefits of changing these laws before ticking the box.