The 150th University of Otago Exhibition
Opens at the Otago Museum at 7pm. The exhibition will showcase the University’s people, research and creative work from all the divisions, and their benefits and influence on the global stage. Work will be presented from across the 150 years, from staff, research students and graduates.

Union Common Room, 4–8pm
Commemorative packs are available for those who are interested at a cost of $65. The pack includes a copy of the recently written history, Otago, 150 Years of New Zealand’s First University by Dr Ali Clarke, a commemorative lapel badge, a name tag, map, weekend programme and other University-related material.

Academic Procession and Convocation Ceremony
The Academic Procession leaves from the Dental School at 1.30pm, marching to the Dunedin Town Hall, where a special-format Convocation Ceremony begins at 2:30pm. The ceremony is an historic event which last took place on the University’s centennial.  It includes musical items, speeches and the awarding of honorary doctorates.

A 150th celebratory church service
At Knox Church at 10:30am includes a Māori welcome, readings, a massed choir, a Pacific Islands choir and concludes with a release of doves from the Knox Church garden.

Gala concert “A Celebration of the University in Words and Music”
Will be held at the Dunedin Town Hall at 7.30pm. The gala concert offers a feast of music with connections to the University, from the early days of the Department of Music right up to the present and promises to be one of a kind – a mix of old and new, nostalgia and innovation, with some surprises in store.

New compositions to be premiered at the concert are a fanfare entitled Otago Flourishes by Dr Peter Adams and a special piece by Professor Anthony Ritchie entitled Owheo, with words by former Burns Fellow Sue Wootton.

The Cameron Shield rugby match
Between Knox and Selwyn Colleges will be held at the University Oval at 2pm.

Pacific student Koneseti
At the Dunedin Town Hall, 7pm. Organised by the Pacific Islands Centre, it will showcase Pacific students and their vision for the next 150 years of Pacific at Otago.

You can register for the Queen’s Birthday Weekend events at:

Many of the events during the year are free, although some, such as the Convocation Ceremony at Queen’s Birthday still need to be booked.

For Pacific at Otago’s 150th events register at:

Events later in the year

A nationwide Winter Symposium series will be held from June to August, featuring Otago staff and alumni in panel discussions on a variety of topics relevant to the host city or region.

The University hosts the UNESCO Play Festival
From 13–20 September, showcasing new plays, covering a wide range of themes, from various UNESCO Cities of Literature and elsewhere in New Zealand. The programme will also feature workshops, panel discussions and a series of forums on aspects of 21st century dramaturgy and playwriting.

Heritage Festival and 1869 Conference, 25–29 September
The Heritage Festival hosted by Otago will be a chance to celebrate the architectural heritage of the University. The festival runs alongside the Australasian Victorian Studies Association conference “1869”.

International rowing regatta, 2–5 October
The Otago University Rowing Club (OURC) is hosting an international universities rowing regatta to celebrate the 150th anniversary. Universities from all over the globe will join OURC for a three-day series of high-quality racing, including crews from Russia, Japan, China and Canada. In conjunction with this event, OURC will be celebrating its 90thanniversary and will host an alumni reunion for all past rowers.

Conferences, reunions, regional and international alumni events
Throughout the year celebrations continue with a wide range of academic conferences and reunions, including the 50th Reunion of University College on November 22–24. Events around the country include alumni cocktail evenings in Auckland on 3 May and Christchurch on 1 August. Alumni events held in regional New Zealand, the Pacific, Southeast Asia, the UK and North America during the year will also take the opportunity to celebrate the anniversary.

A large crowd estimated at well over 2,000 attended the public launch of the University’s sesquicentennial celebrations on Friday 15 February – the 150th anniversary picnic held on the Clocktower lawn.

Stilt walkers, actors in historic costumes and bubble blowers wandered about; explosive science experiments wowed the crowd; and, while their mums and dads set up picnics, younger family members were kept busy with a variety of games. Members of the Highlanders rugby and Otago Volts cricket teams were also in attendance to put children through their paces. 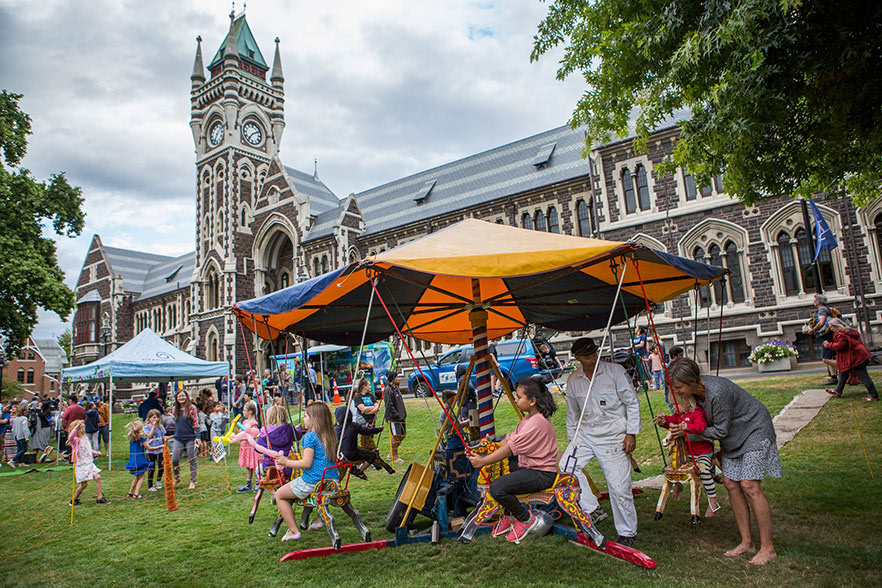 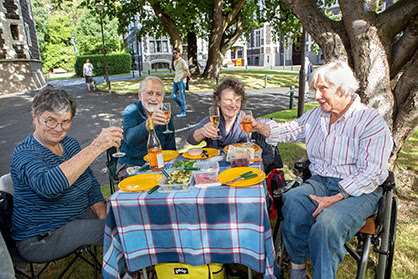 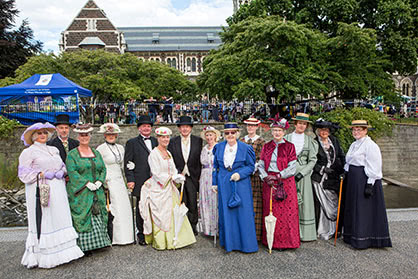 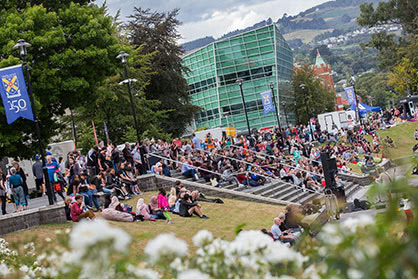 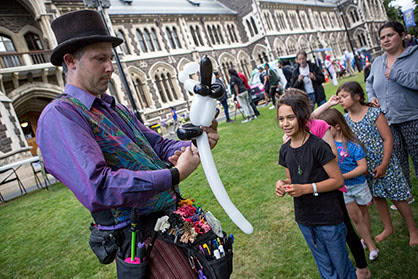 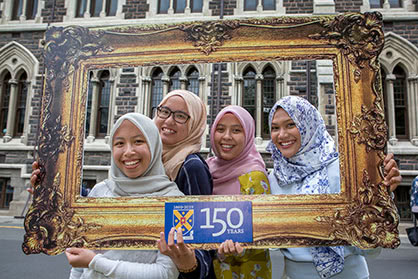