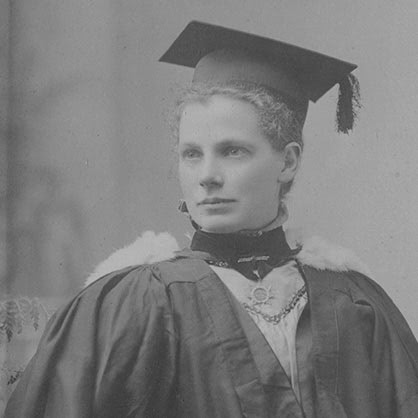 Dr Margaret Cruikshank was the second woman in New Zealand to graduate with a medical degree, and the first woman to register as a doctor and to take up general practice. She spent all but one year of her career working as a GP in Waimate. With her fellow doctor away on active service during World War One, Cruikshank was already tired and overworked when the 1918 flu epidemic struck. Nevertheless, she redoubled her efforts, working night and day to care for her patients. In November 1918 she contracted the disease herself, dying within 10 days. In 1923 the people of Waimate unveiled a statue in her memory, inscribed “The Beloved Physician/Faithful unto Death”.

Māori doctor Golan Maaka was well-known in the eastern Bay of Plenty in the 1940s-70s. He never charged for his services, instead claiming money from the government for every patient he saw, receiving payment from his patients in food and drink, and the honour of having his name given to newborn babies. He helped his patients arrange welfare benefits and housing, and was known to travel by horse and canoe into the Urewera Forest to visit those who were isolated. He had earlier worked for the Far East Relief Fund in war-torn China. 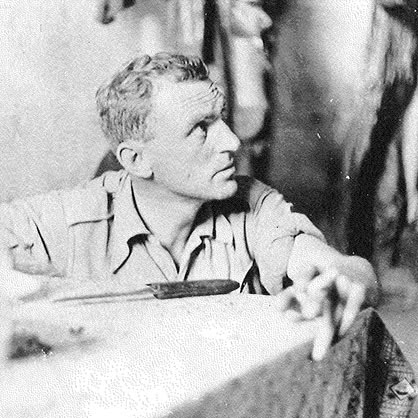 Recognised as one of the most notable war surgeons of the 20th century, Dr Douglas Jolly served during the Spanish Civil War and World War Two, developing a system of mobile emergency surgery that is credited with saving the lives of more patients with abdominal injuries than any other factor. This system became standard practice and was also used during the Korean and Vietnam wars.

After graduating from Otago, Sir Edward Sayers studied tropical medicine in England and worked as a medical missionary in the Solomon Islands for seven years. He served in Greece, Egypt and the Pacific during World War Two, where his knowledge of tropical medicine is credited with saving many lives. He later chaired the New Zealand Medical Council for a decade and was dean of the Otago Medical School 1958-68. The University’s Sayers Building was named in his honour. 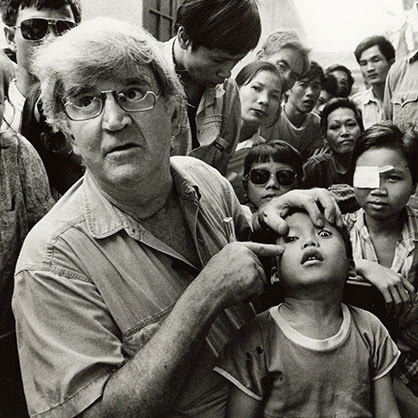 Fred Hollows dedicated his working life to restoring people’s sight. He developed an interest in eye surgery at Otago and, while working at the University of New South Wales, helped set up medical services to improve Aboriginal health. Visits overseas as a WHO consultant inspired him to train eye doctors and reduce the cost of eye treatment in developing countries. He initiated laboratories in Nepal and Eritrea to produce low-cost plastic lenses for cataract surgery. In 1992, the year before his death, the Fred Hollows Foundation was established, which works in more than 25 countries to end avoidable blindness and improve health in indigenous communities.

Together with his wife Catherine, gynaecologist Dr Reginald Hamlin founded the Addis Ababa Fistula Hospital, performing life-changing surgeries for Ethiopian women, saving thousands from pain, exile and even death. The Hamlins went to Addis Ababa in 1959 on a three-year contract to establish a training school for midwives, but were so affected by the plight of the women they saw that they felt unable to leave. Catherine continued their work after Reginald died in 1993.

Obstetrician and gynaecologist Dr Beryl Howie dedicated her career to the care of women and children in India. In 1959 she became head of the Department of Obstetrics and Gynaecology at the Christian Medical College (CMC), Ludhiana, India, becoming professor in 1962 and the first New Zealand woman medical graduate to hold a full medical chair. In 22 years at CMC she delivered thousands of babies, training doctors to provide quality care with limited resources. She was also medical advisor to Interserve, an international Christian network working across Asia 1984-90.

Dr Carole McArthur has led a campaign combining scientific research and humanitarian aid in the fight against AIDS in Africa. As director of AfriHealth Partnerships International at the University of Missouri-Kansas City, her work is focused in Cameroon and the Democratic Republic of Congo, involving HIV and TB diagnostic tool development, and the discovery of rare HIV variants.

In 2002 Dr Derek Allen founded TroppoDoc to provide free medical care in impoverished areas of the developing world as well as those hit by natural disasters, such as Indonesia, Vanuatu, Bolivia, Haiti, Pakistan and West Africa. TroppoDoc is one of the smallest NGOs in the world and relies on the support of an “army” of volunteer health-care professionals in its work. 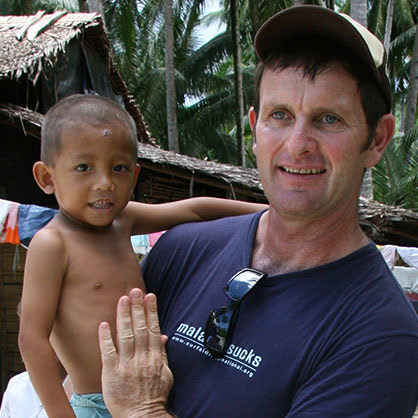 A surfing holiday to the Mentawai Islands (a surfing “paradise” off the Sumatran coast of Indonesia) changed Dr Dave Jenkins’ life for ever. Appalled by the needlessly poor health of the local people, he set about raising money to help. SurfAid was established in 2000, a non-profit organisation that works with the local communities to help bring about positive change. SurfAid played an important role in the aftermath of the Boxing Day tsunami in 2004 providing medical aid to victims.