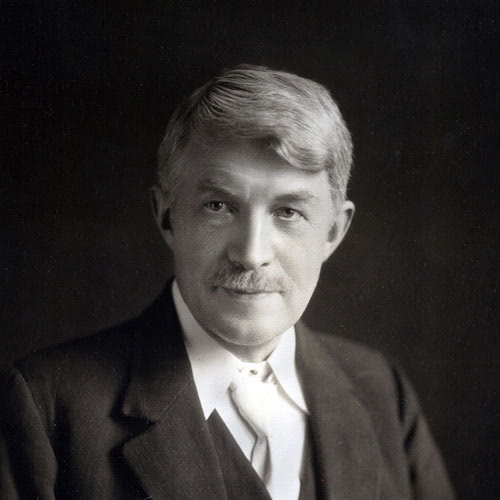 One of the world’s most esteemed chemists, Joseph Mellor was an innovator in the British ceramics industry. Based in Stoke-on-Trent, he helped English potter Bernard Moore develop his signature sang-de-boeuf glaze. However, it is in the field of refractory materials (heat- and pressure-resistant ceramics to line furnaces) that he is most famous. At the outbreak of World War One refractory imports from Germany and Austria stopped: Mellor quickly developed alternatives to enable the British steel industry to continue to function, thus making an enormous contribution to the British war effort. He was offered a life peerage, but turned it down. The University has named the refurbished Science 1 building the Mellor Laboratories in his honour. 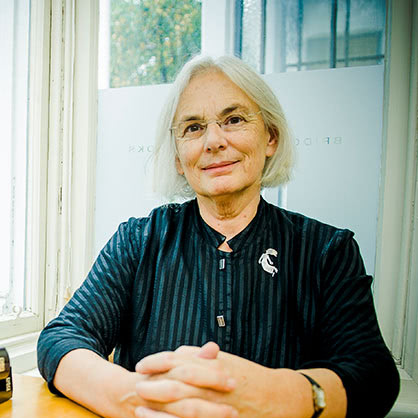 Sir William (Bill) Liley is internationally renowned for developing techniques to improve the health of fetuses in utero, particularly those with Rh haemolytic disease. In 1963 he carried out the first successful intrauterine blood transfusion. His contribution to medical science continues to be celebrated by the Health Research Council’s Liley Medal.

After a chance meeting with a merino wool farmer, Jeremy Moon founded the wool clothing company Icebreaker Ltd in 1995, aged 24. Icebreaker put New Zealand’s merino wool on the world’s stage and was sold to American retail giant VF Corporation in 2017. Moon is a leading figure in the sustainable business movement. 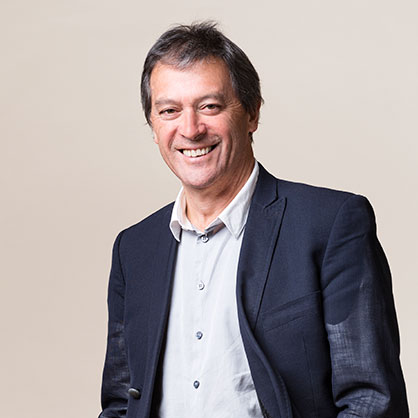 The one-time lead singer with Kiwi band Kal-Q-Lated Risk opted out of a career in law to work in television. Ian formed his own television production company and teamed up with Otago’s Computer Science Department to form Animation Research Limited. The company has revolutionised televised sport, providing computer graphics for events around the world, including golf, cricket, motor racing and America’s Cup yachting. Described as an “exemplar of innovation”, Ian Taylor was named 2019 New Zealand Innovator of the Year.

Entrepreneur/innovator Glenn Martin invented the Martin Jetpack in his garage in the 1980s. Publicly unveiled at America’s Oshkosh Air Show in 2008, it was touted as a breakthrough in aviation history. Martin left the jetpack company in 2015, but continues to develop new ideas. 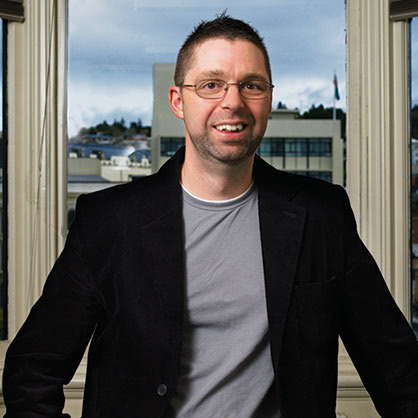 A concept Michael Macknight developed during his university studies for a computer-based data acquisition system became the foundation for the company he co-founded in 1986, ADInstruments. Still Dunedin-based, ADI has offices around the world, serving more than 10,000 organisations in education and the life sciences (including 90 of the top 100 universities) and employs more than 200 staff. 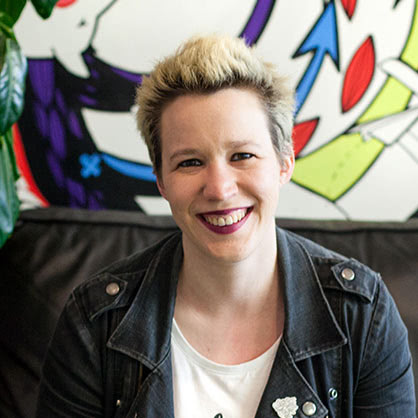 Anna Guenther is the co-founder and “chief bubble-blower” of PledgeMe, New Zealand’s first alternative funding service provider, and has now moved into the Australian crowd-funding market. She has also been the co-instigator of “Women Who Get Shit Done Unconference” events.

Entrepreneur and businessman Howard Paterson started making money selling firewood and ultimately became the South Island’s wealthiest person. He focused on four main areas of enterprise: property development, large-scale corporate farming, tourism investment in New Zealand, Fiji and the United States, and the commercialisation of biotechnology developments. He was inducted into NBR Business Hall of Fame in 2004 and is commemorated by the University’s Howard Paterson Chair in Theology and Public Issues.

Dr Ian Hall’s research on edible mycorrhizal mushrooms led to the establishment of the first artificial truffières (truffle plantations) in the Southern Hemisphere in 1987. He was secretary and scientific advisor to the New Zealand Truffle Association, and continues to research and provide advice on methods for the cultivation of truffles and other ectomycorrhizal mushrooms nationally and internationally, most recently in Israel, China and Tibet. In 2016 his work was recognised by the Chinese Government with a Friend of China Award.