Longstanding National Party MP and former farmer and Treasury analyst, Sir Bill English won the Wallace seat (later Clutha-Southland) in 1990 and retired from politics in early 2018. His portfolios included the roles of Minister of Health and Minister of Finance, helping to steer New Zealand through the global financial crisis and Canterbury earthquakes. He was also National Party deputy leader and leader, and New Zealand’s 39th Prime Minister.

Tongan philanthropist and former Minister of Health (1970-96), Dr Sione Tapa was the first Tongan to graduate with a medical degree. The recipient of both a WHO Gold Medal Award and Plaque of Appreciation, he established the Tonga Health Dr Tapa Scholarship for students of health promotion and education. 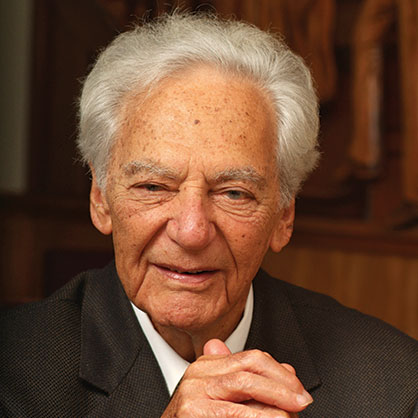 Sir Thomas (Tom) Davis was New Zealand’s first Cook Islands-born medical graduate. He worked as the chief medical officer in the Cook Islands, studied public health and nutrition at Harvard University, and worked for the US armed forces as a research physiologist. Returning home in 1971, he helped form the Cook Islands Democratic Party, was elected to parliament and served as the Prime Minister 1978-87, introducing sweeping economic reforms. He later became the Cook Islands High Commissioner in New Zealand.

A former GP, Dr Rui Maria de Araujo was Prime Minister of Timor-Leste 2015-17. He had previously served as director of the Division of Health Services of the United Nations Transitional Administration East Timor, Minister of Health and Deputy Prime Minister.

Dentist, educationalist and politician Blair Tennent was a National Party MP who held portfolios in education and scientific and industrial research. Regarding education as “the greatest asset a country can have”, he supported the Māori Education Foundation, introduced three-year training for primary school teachers, university student bursaries and five-year building programmes for universities.

An eminent Malaysian businessman and former senior inspector of mines, Tan Sri Dato' Dr Haji Ahmad Azizuddin entered politics in 1976, serving first as a senator and later speaker of the Perak State Legislative Assembly and state assemblyman of the Belanja District. He is a founding member of the University's Foundation for Malaysia and was awarded the Otago Medal for Outstanding Alumni Service in 2012. 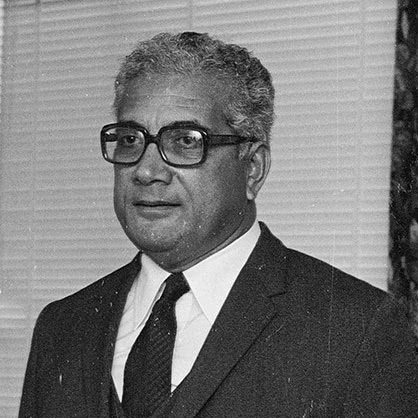 Ratu Sir Kamisese Mara is considered the founding father of modern Fiji. He established the Alliance Party in 1966 and, as Chief Minister, led Fiji to independence from British rule in 1970. He served as Prime Minister from 1970-87, overseeing substantial economic growth and helping to launch the South Pacific Forum. He subsequently headed an interim administration following two military coups and handed over power to an elected government in 1992, later serving as President.

Retired Dunedin business leader and philanthropist Graeme Marsh was awarded Otago’s first Honorary Doctor of Commerce degree. He has been the director and chair of  companies including Scott Technology and Mercy Hospital Dunedin, dominion president of the Motor Trade Association, and member of the Prime Minister's Enterprise Council, and the Australia and New Zealand Business Council. The University’s study centre in Castle Street is named after the Marsh family. 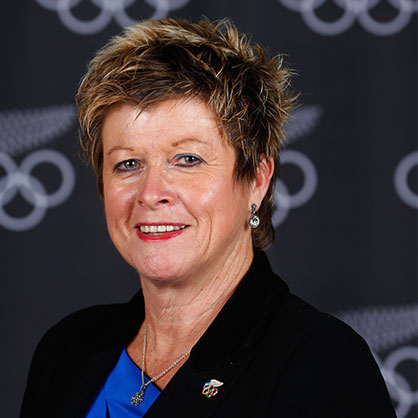 Business leader Ian Farrant began his working life as an accountant before launching an illustrious career as a director and chairman of dozens of public and private companies across New Zealand, including the New Zealand Refining Company, Fulton Hogan, Cardrona Ski Area, the Securities Commission and the Skeggs Group. 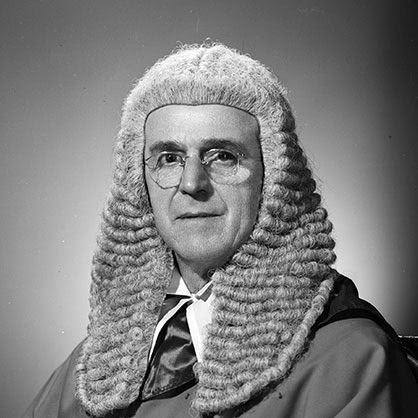 Major General Sir Harold Barrowclough was a distinguished military and legal leader. He was awarded the Military Cross and Distinguished Service Order for his actions in World War One, and served again with distinction during World War Two in Greece, North Africa and the Pacific. After resuming his legal career, he was appointed Chief Justice of New Zealand (1953-66), became a member of the Privy Council and is responsible for the establishment of a permanent Court of Appeal for New Zealand.

Dunedin-born Neville Bain achieved international business success. He held senior positions with Cadbury Schweppes, became chief executive of fashion and textile group Coats Viyella, and chair of the Post Office Corporation in Britain. A generous supporter of his former university, he provided fellowships and a prize for MBA students at Otago and co-founded the Otago University Trust (UK). 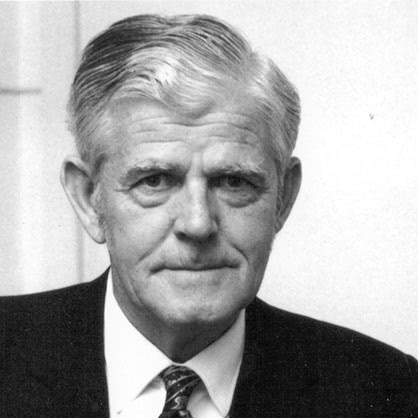 Sir Garfield Todd was a liberal Prime Minister of Southern Rhodesia from 1953-58 and an opponent of white minority rule. He introduced numerous reforms, but was ultimately forced from power and placed under house arrest. For his public support of Roman Catholic Robert Mugabe, he received a medal from the Pope, but was condemned as a traitor by white Rhodesians. After independence, Todd was appointed to the Senate of Zimbabwe. In retirement he became increasingly disillusioned with Mugabe’s regime and, in 2002, was stripped of Zimbabwean nationality.

Business leader and philanthropist Sir Eion Edgar has made a significant contribution to New Zealand’s financial services industry in positions including chairman of Forsyth Barr Group Ltd and the New Zealand Stock Exchange, and as a director of the Reserve Bank of New Zealand. He has had a long-standing involvement with the University serving on the University Council for 23 years, including 12 years as Pro-Chancellor and Chancellor. His philanthropy has encompassed sports, education, arts and health, including Otago’s Edgar Centre for Diabetes and Obesity Research.

A former New Zealand cricket representative and lawyer, Martin Snedden became a leading sports administrator as the head of New Zealand Cricket and CEO of Rugby New Zealand 2011 Ltd, the body responsible for staging the highly successful 2011 Rugby World Cup. He has since held various sporting and tourism positions, including CEO of the Tourism Industry Association.

Successful businessman Graeme Hart reputedly developed his business strategy while studying for his Otago MBA. He was listed on 2019 Forbes Richlist at 158th place, with business interests including the Rank Group and Reynolds Group. He has recently given $10 million to the University to help develop a dental teaching and patient treatment facility in South Auckland.

Now retired, the Hon. Justice Sir Bruce Robertson has had a distinguished career as a lawyer and judge. He was appointed a High Court judge in 1987, Court of Appeal judge in 2005, was president of the New Zealand Law Commission for five years and served in various Pacific jurisdictions. Serving on the University of Otago Council (1969-88) he became the University’s youngest Pro-Chancellor.

Leaving New Zealand as a young law graduate, Professor Sir Malcolm Grant’s career has encompassed various leading academic positions in the UK, including Pro-Vice-Chancellor at Cambridge University, President and Provost of University College London, and Chancellor of the University of York. He has also held prominent positions in university, research and  government agencies and, from 2011 to 2018, was chairman of England’s National Health Service.

A lawyer and former University of Otago Council member, Peter Chin served two terms as mayor of Dunedin. He has been actively involved in many other organisations including the New Zealand Gambling Commission, the Asia New Zealand Foundation, the New Zealand Chinese Association, the Chinese Poll Tax Heritage Trust, the Dunedin Chinese Gardens Trust and served on a government advisory panel to review the nation’s constitutional arrangements. 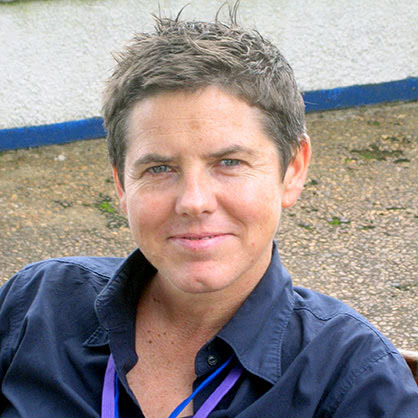 Gender justice campaigner Brigid Inder is the executive director of the Women’s Initiatives for Gender Justice, an international human rights organisation that advocates for gender-inclusive justice through the International Criminal Court. She was the recipient of the inaugural Bertha von Suttner Award (named in honour of the first woman to win a Nobel Peace Prize). 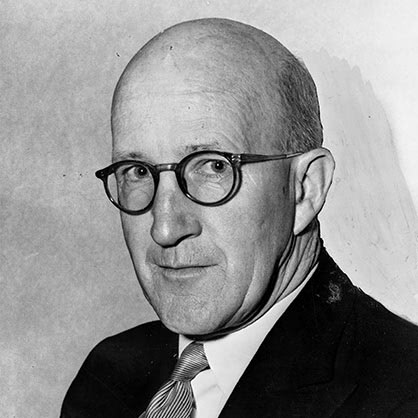 Later as Minister of Finance his “Black Budget” of 1958 with heavy taxes on alcohol and tobacco was hugely unpopular with the public and exploited by his political opponents. He was elected leader of the Labour Party in 1963, but was replaced by Norman Kirk in 1965.