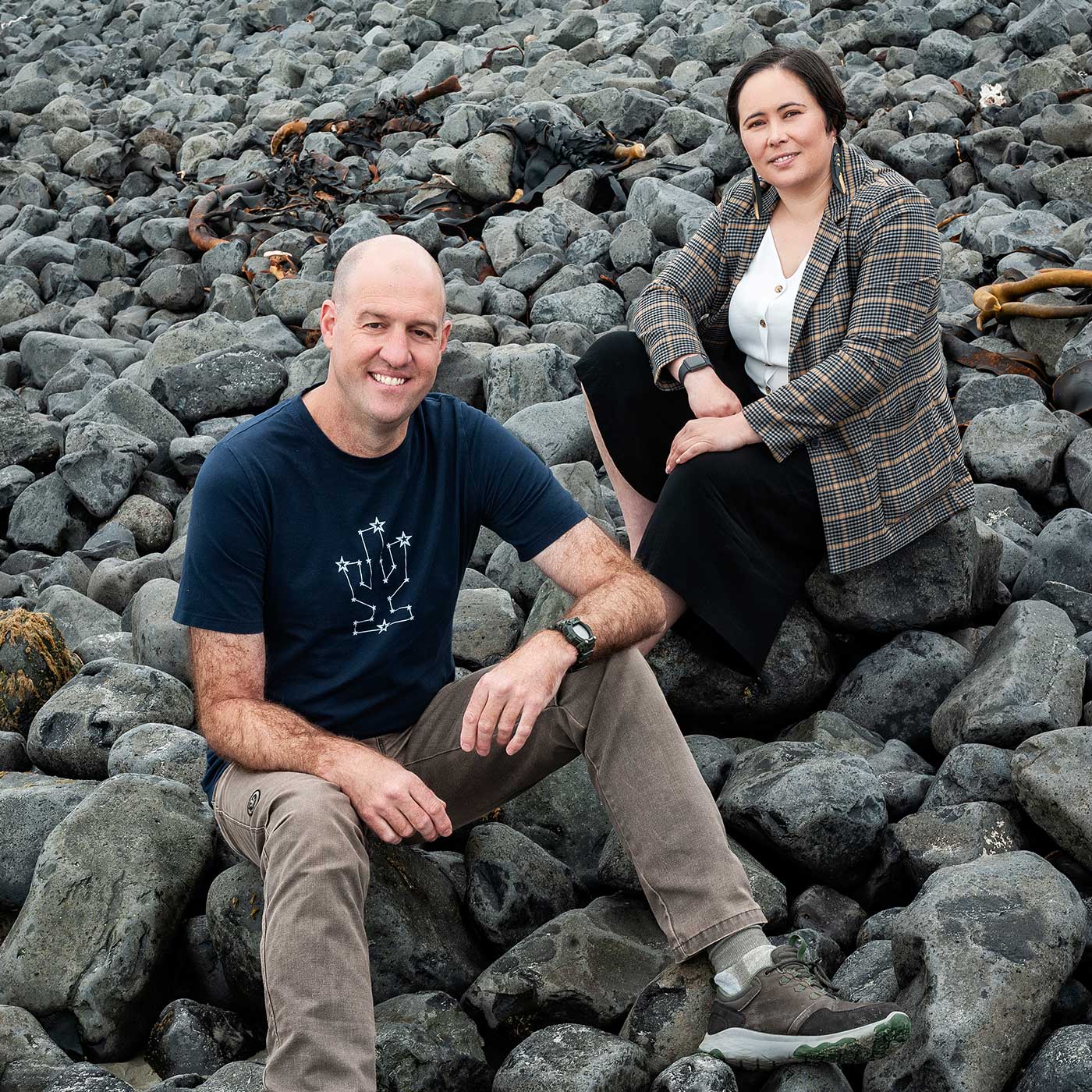 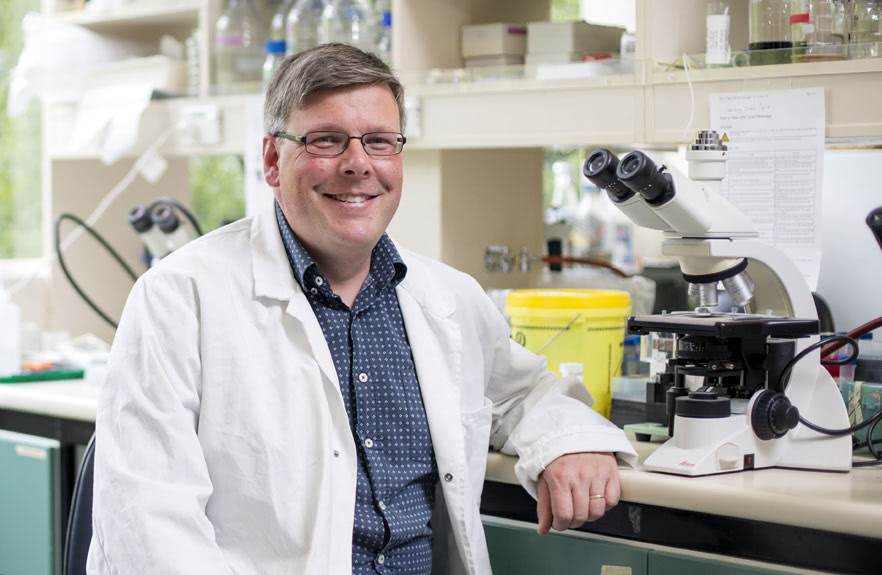 Professor Peter Dearden: “We have the chance to use leading-edge technology for much more targeted and effective wasp control than has ever been possible.”

In a world first, researchers have sequenced the genome of three wasps, two of which are invasive wasps in New Zealand, paving the way for new methods of control for these pests.

Genomics Aotearoa researchers working at the University of Otago and Victoria University of Wellington, alongside colleagues from the UK, Australia and California, have completed a three-year project to sequence and interpret the genomes of the common wasp (Vespula vulgaris), German wasp (Vespula germanica) and the western yellowjacket (Vespula pensylvanica).

This is a milestone in understanding the biology of Vespula wasps, which have spread across much of the world and are significant pests, affecting human health, economies and biodiversity.

They have a major impact on New Zealand’s ecosystems because of their large colony sizes, reproductive capacity and flexible predation. Suppressing the wasp population is challenging and control is currently limited to pesticides.

Dearden hopes researchers will now be able to use the wasp genome sequences to develop next-generation control strategies, as well as informing future chemical control of the pests. The New Zealand team has already identified genes that may encode specific biology suitable for targeting.

“This is exciting science and presents us with real opportunity. We have the chance to use leading-edge technology for much more targeted and effective wasp control than has ever been possible.” 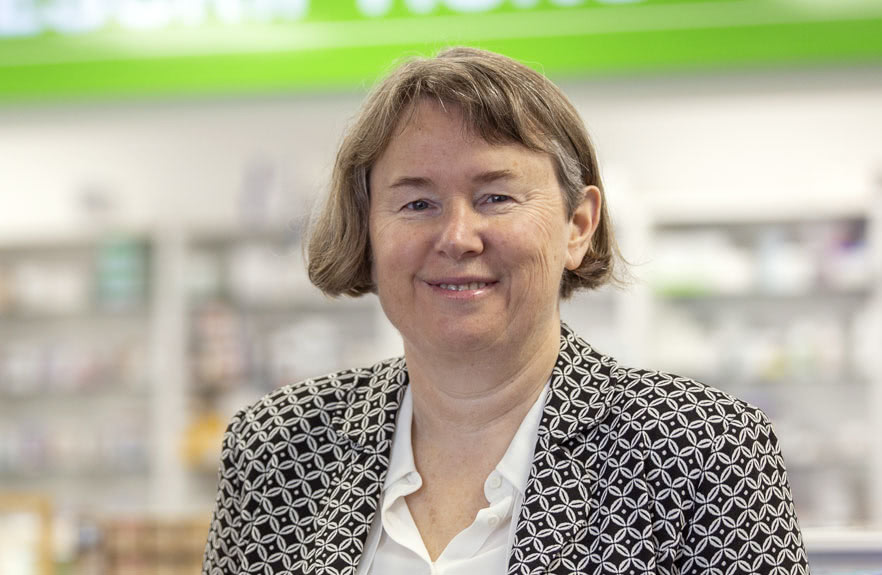 Professor Pauline Norris: “Understanding how to improve access to medicines is really important to ensuring the health system is more equitable and that everyone in New Zealand has the best chance for a healthy life.”

Professor Pauline Norris believes access to medicines is a fundamental human right: this has been a focus of her research for “decades”.

Now she has received a $1.3 million grant from the HRC’s new Health Delivery Research portfolio to pursue a collaborative study with drug-funding agency Pharmac to help improve equity in medicine use and access.

Focusing on Māori, Pacific, refugee families and people living in poverty, the study will follow a number of households over a year to explore their interactions with the health-care system and the barriers to accessing and using medicines, so that changes can be made to reduce these problems.

She says common barriers include affordability, people feeling uncomfortable with their health-care provider, experiencing racism, or a lack of understanding about how the health system works, such as repeat prescriptions.

“The health system isn’t always easy to use. Previous research shows that Māori and Pacific people have lower rates of use of many medicines. This can lead to health problems not being managed well and poorer health outcomes for some groups.

“So understanding how to improve access to medicines is really important to ensuring the health system is more equitable and that everyone in New Zealand has the best chance for a healthy life.”

Norris (Centre for Pacific Health) received a further $30,000 from the HRC for a project measuring Turanga Health’s impact on food security and food sovereignty, and she is also working on a project looking at what difference the $5 co-payment makes to people. 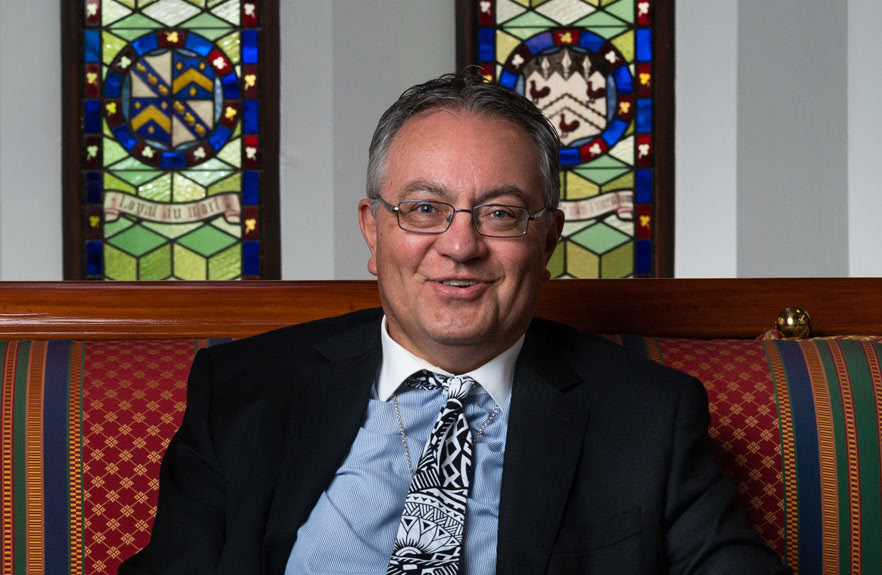 Professor Rex Ahdar: He says that the Commerce Act has worked well in protecting consumer interests in many areas.

Consumers have largely benefited from legislation dealing with commercial competition introduced in the 1980s, although some changes since then have weakened the law.

That’s the conclusion of Professor Rex Ahdar (Law) in his latest book, The Evolution of Competition Law in New Zealand, which he describes as less a text book and more an extended personal reflection on desirable and undesirable developments in competition law.

Ahdar says that the Commerce Act – introduced in 1986 as a check on anti-competitive behaviour in the deregulated economy under “Rogernomics” – has worked well in protecting consumer interests in many areas.

He cites as one example the Commerce Commission successfully blocking the country’s two major supermarket chains from acquiring The Warehouse, after it started selling supermarket items.

Regional examples include the commission successfully prosecuting ophthalmologists for preventing Australian specialists from performing a backlog of cataract surgery in Invercargill.

Ahdar, a competition law expert, says that some amendments to the legislation, and key case-law decisions by the courts, have made the law a less robust and effective tool.

“One of the most famous cases went all the way to the Privy Council, which held that Telecom should be allowed to charge Clear Communications an excessively high price for Clear to connect up to Telecom’s network.”

Oxford University Press has published the 336-page book, which Ahdar says is primarily aimed at other academics in New Zealand and overseas, particularly in Australia because of the harmonisation of competition law on both sides of the Tasman. 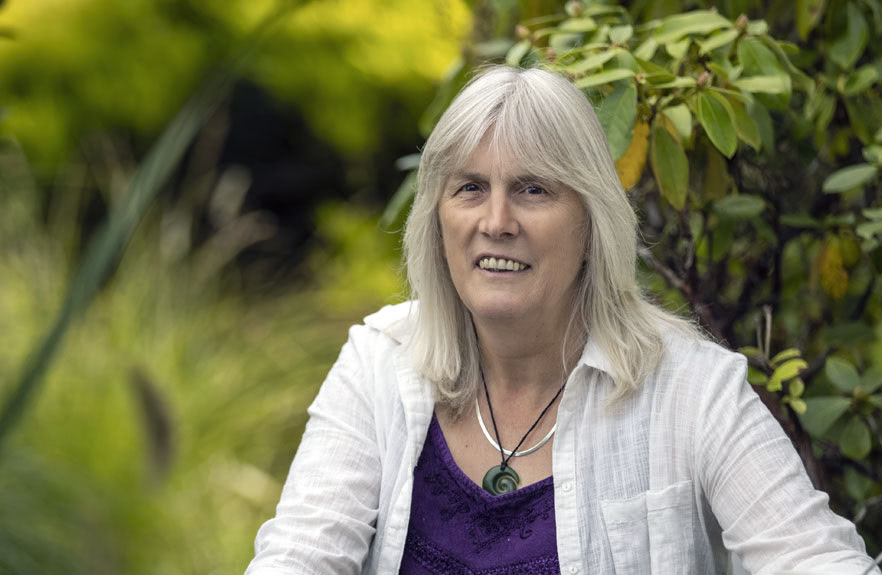 Professor Claire Freeman: “We are trying to find what constant factors we need to prioritise for positive childhood experiences in urban locations… “

How do we make cities more child friendly?

This is something that Professor Claire Freeman (Geography) is keen to discover through her latest research project.

Family members who have lived in the same neighbourhood all their lives will be interviewed on what they think makes for a good childhood. They will also be provided with camera phones to capture images of childhood places that were positive for them.

Freeman says that the research team wants to identify how social and physical environments have changed and what differences these changes have made to children’s well-being.

“We are trying to find what constant factors we need to prioritise for positive childhood experiences in urban locations, and what can be learned from different cultures and places.

“The ultimate aim is to inform and encourage urban planning and development that supports positive child-friendly futures.”

Freeman is co-ordinating the research in New Zealand and Samoa, and working with Professor Sarah Turner from Canada’s McGill University, and Dr Helen Woolley from the University of Sheffield in England, to co-ordinate the research in Vietnam, China and Japan where they have previous research experience.

Freeman says that they will work with local researchers to recruit families and conduct interviews as much as possible. The findings will be reported in relevant languages for each country.

The three-year project is being supported by a Marsden Grant. 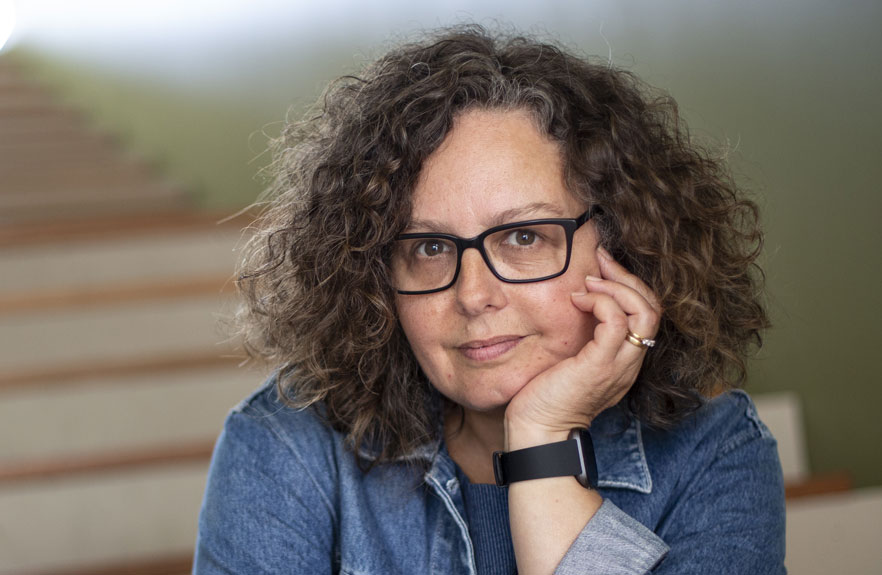 Dr Erica Newman: “The study will bring to light the effect of stranger adoption on the identity, health and well-being of descendants of Māori adoptees.”

Newman has received a Marsden Fast-Start grant to research the journey taken by the descendants of Māori adopted by non-Māori and raised without knowledge of their Māori heritage, in discovering their whakapapa or genealogy.

Newman explains that her initial interest in the subject arose from her own circumstances: her Māori mother was adopted by a Pākehā couple and had no knowledge of her ancestry to pass on to Newman and her children. Newman currently describes herself as “of Māori descent, iwi unknown”.

She says that, following the descendants on their journey home, the project will explore how they identify with their taha Māori or Māori side, and the steps they take to connect with their tūrangawaewae or place of belonging.

Newman says that she is relying on word of mouth to recruit descendants, rather than approaching people directly – such is the sensitive nature of the subject – and she has set up a Facebook page to provide ongoing support as descendants search for their taha Māori.

“The study will bring to light the effect of stranger adoption on the identity, health and well-being of descendants of Māori adoptees,” Newman says, “and will advance a new direction within the field of transracial adoption globally.”

The three-year project will culminate in a book and in an international symposium at Otago on the effect on descendants of interracial adoption of indigenous people. 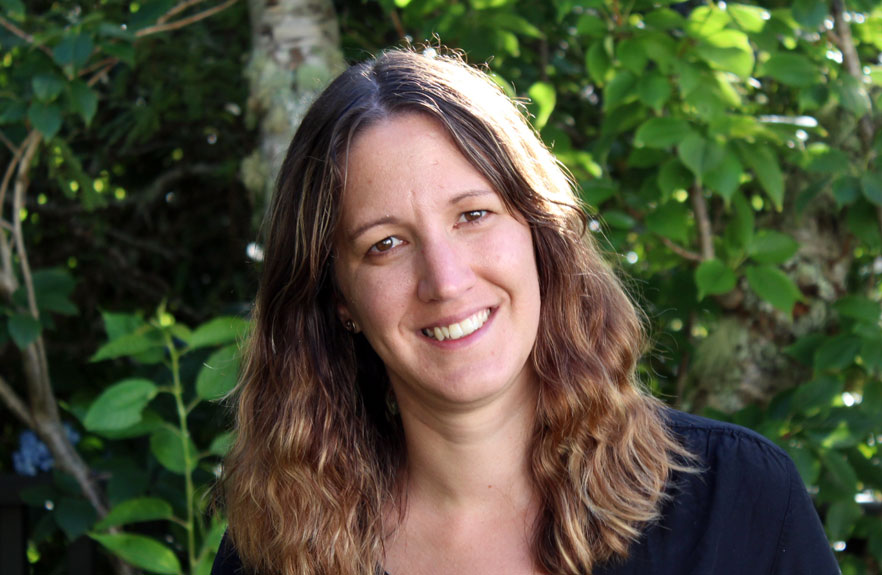 Understanding the reasons behind the higher burden of epilepsy experienced by Māori children is the focus of new Health Research Council-funded research being undertaken in the Department of Paediatrics and Child Health at the University of Otago, Wellington by PhD student and paediatric registrar Dr Ngaire Keenan.

“We don’t know what causes epilepsy in Māori children, but some will be related to preventable conditions such as meningitis, traumatic brain injury or birth trauma,” she says.

“Public health interventions may be able to decrease the burden of epilepsy in  preventable cases and so understanding these pathways is my primary focus.

“We know that Māori are more likely to be admitted to hospital and seek help at emergency departments for treatment of their epilepsy. My PhD also focuses on equity of diagnosis and care. It may be that Māori need better access to investigations, specialists and treatment for their epilepsy.

“I am very interested in Hauora Māori and in paediatric neurology, so it is great that I can bring these strands together.”

Keenan hopes that the knowledge that comes from her PhD will enable culturally-appropriate strategies to be implemented and bring about positive change.