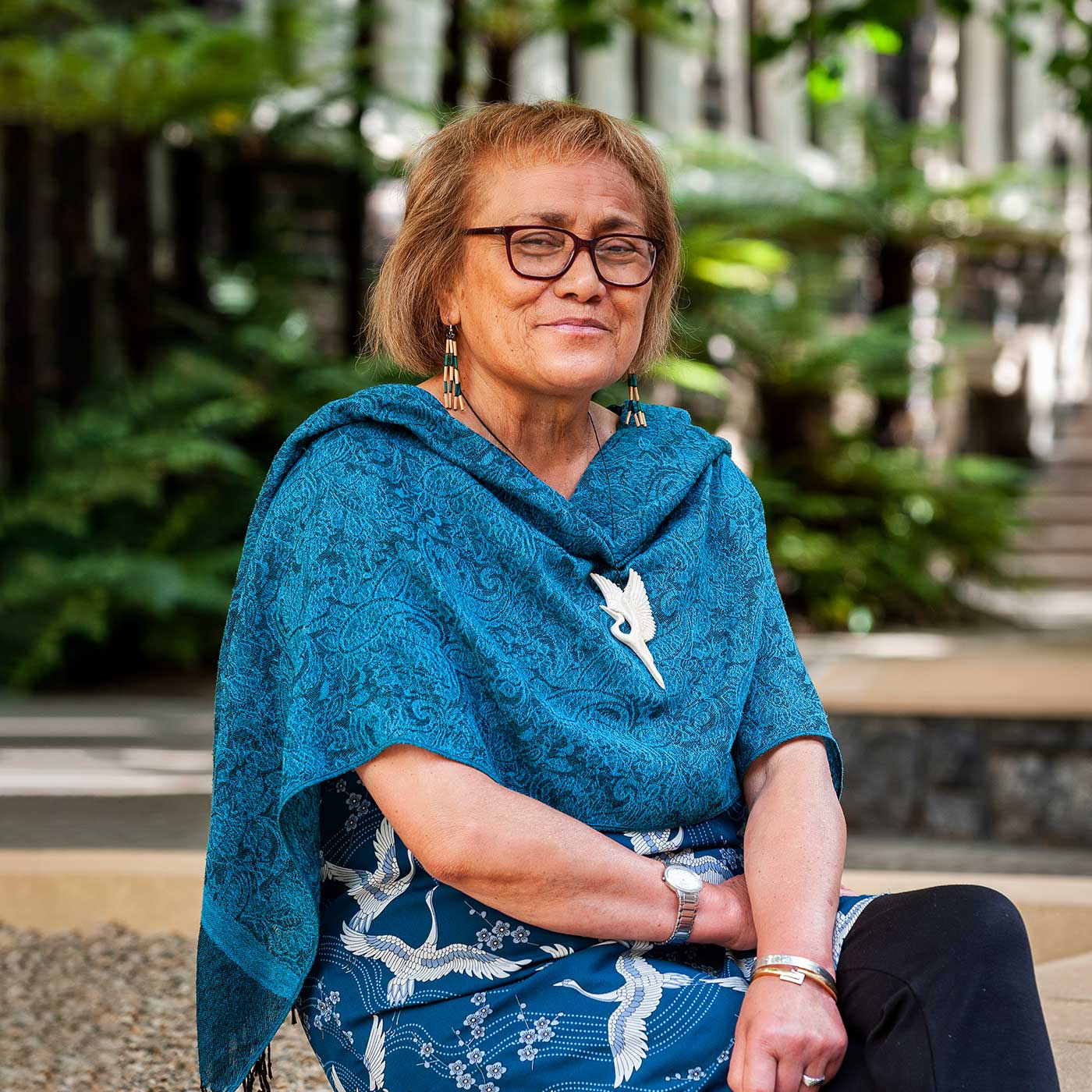 Retiring Te Huka Mātauraka (Māori Centre) manager Pearl Matahiki – affectionately known as Aunty Pearl to the many tauira Māori she has supported – reflects on the past 20 years.

When Pearl Matahiki reflects on her last Te Heika Pounamu, the Māori pre-graduation ceremony, as the manager of the University of Otago’s Māori Centre, it doesn’t take long for the emotions to flow.

Matahiki, who has been at the heart of Te Huka Mātauraka for almost 20 years, has lost count of how many students she has supported through their academic pursuits at Otago.

“When I do think back, I get quite emotional in knowing that not only I, but a lot of others, have been part of a journey for countless tauira Māori.”

Matahiki has had a considerable journey of her own at Otago, one that started as a fixed-term co-ordinator in 1998. Like many tauira, she took on the job with little of her Ngāti Porou whānau around her. When she arrived, she pinned a piece of paper onto her wall with two karakia, including one shaped by her whānau.

“The karakia is one I use quite often, and I’ve changed the wording to reflect Te Huka Mātauraka and to make it more relatable to the centre and the iwi.”

She started as one of two fixed-term staff members, while the Māori Centre itself had just one full-time position.

“The number of Māori students was so minimal I laughed,” she recalls. “We now have more than 40 Māori medical graduates every year, but when I first started we would have been lucky to have had 40 tauira enrolled for the compulsory health sciences papers in total.”

She set about working on two significant goals for the centre. The first was to bolster and strengthen relationships with Ngāi Tahu, which has resulted in the annual pōwhiri for first-year students at one of the papatipu marae in partnership with mana whenua.

Matahiki is full of praise for mana whenua and says their ability to support events has allowed tauira Māori to feel at home in a different rohe.

“What better way to showcase tikanga to Māori students who have come a long way for their first event on campus than a pōwhiri where they are welcomed to this land, not only by the University, but by iwi and mana whenua,” she adds.

Trying to find adequate resources and tutors for the Māori Centre’s classes initially proved difficult, but slowly – thanks to her ability to connect with different departments – the number of teachers increased.

Tauira Māori were Matahiki’s main focus and her main drivers. As the years ticked by and the number of students she saw in her office grew, the karakia that was pinned to her wall became surrounded by pictures not only of her whānau and mokopuna, but of tauira who had gone overseas with their classes, of graduates achieving on the global stage, of her whānau tuarua, her second family filled with students that would all call her the same name, Aunty Pearl.

This fusion of her two worlds is down to a philosophy that she has adhered to throughout her life: Piri Sciascia’s “whariki” concept, a weaving of different worlds to create a whariki or a woven mat.

“Te Huka Mātauraka weaves students together with departments and divisions and, when you graduate, that whariki is complete because the Māori Centre weaves whānau in there too.”

The fruits of the combined labours of the Māori Centre have been bountiful, particularly in the last 15 years. When Matahiki started as centre manager in 2003, there were between 600 and 800 tauira. In 2021, more than 2,300 Māori students call the University home.

The sheer number of first-year tauira Māori saw the annual pōwhiri for first-year Māori students increase from one to two in 2020, to allow all students and their whānau to attend. As the number of Māori students crossing the graduation stage to receive their academic prize also increases, Matahiki is mindful of another journey so many Māori are taking at University.

“We had tauira who were proud to be Māori, but at high school were denied that by their teachers and their peers. People had their own picture of what a Māori looked like and, for 18-year-old students who received a lot of racist comments about what being Māori is, that’s a hard world to navigate.

“I think if anything is a success, it’s that Māori come here and are proud to be Māori, and are proud of their iwi. Graduates, whether they’re blonde or blue-eyed or whatever, they stand proud at Te Heika Pounamu and tell the parents about the unconditional aroha they received from uncovering who they are.”

While having to advocate frequently for the Māori Centre, Matahiki has often had to face personal battles. The sudden loss of her sister, in particular, came as an absolute shock. In those and other tough personal times, she returned to something that was present throughout her time at Otago. The karakia she received from her whānau.

“Karakia, whānau and friends have been my safety component,” she says. “When something difficult happens, I say the karakia and then ring a member of my whānau.”

This has guided Matahiki into the force she is. Not even breast cancer stood a chance against her newfound attitude to finding the positives in trying circumstances.

After more than 18 years of weaving student success, Aunty Pearl’s Otago whariki, intertwined with the beautiful threads of manaakitanga, aroha and whanaungatanga, is complete. She knows the Māori Centre has a brilliant future ahead of it, and is proud of its position as a leading force when it comes to institutions centred in indigeneity. Now, she says, is the time to return to her whānau in the North Island.

“I’ve been fortunate to have had brilliant staff with the same passion as me to support Māori students. It has been amazing to be part of the tauira journey.