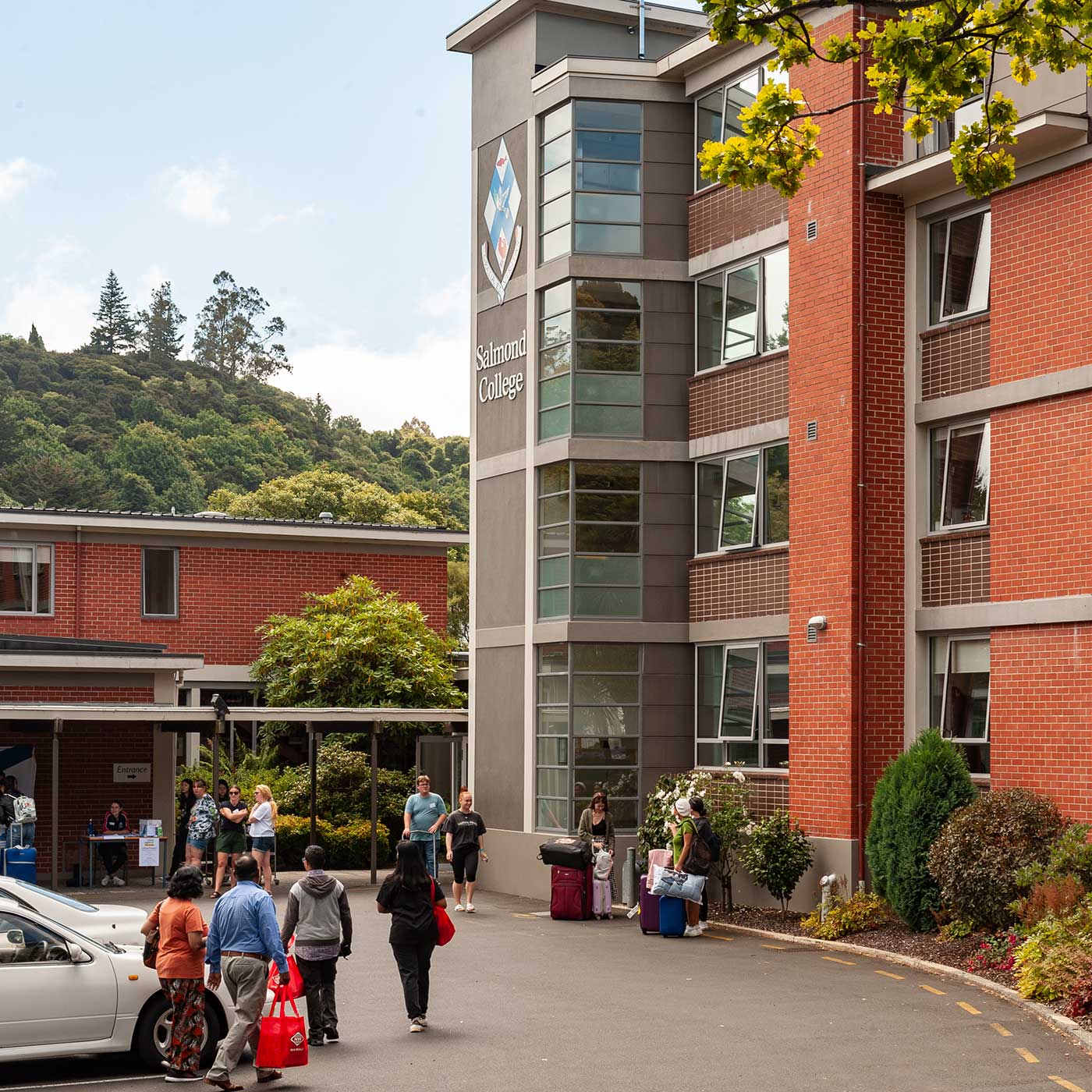 Thousands of students have made themselves at home at Salmond College which celebrates its 50th anniversary this year. 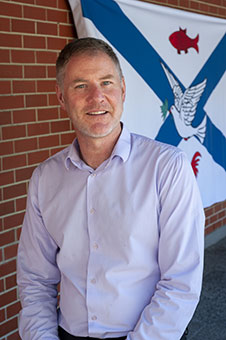 Nick Bates: “We are an extremely diverse community.”

Residential colleges at Otago are almost as old as the University. The high proportion of out-of-town students needed a suitable place to live, and the Anglican and Presbyterian churches obliged. The Anglican Church opened Selwyn College in 1893, 22 years after the University held its first classes.

Originally, all of the halls of residence – as they were then called – were single-sex, including the Presbyterian Church’s all-male hostel Knox College, which opened for students training for the ministry at the adjoining Knox Theological Hall (and for other students) in 1909; and all-female hostel St Margaret’s College, which started two years later.

By the 1960s, the Presbyterian Church was facing a couple of related problems. Expansion at Knox and St Margaret’s was unable to match the demand for beds as the University’s roll doubled in a decade.

The church also wanted to replace its Deaconess College in Dunedin where women lived and trained in an age when men became ministers and women became deaconesses.

The planned solution was to open a second all-female hostel, in which deaconesses would live alongside other female students.

Before the new facility opened in Knox Street in 1971 – amid the rhododendron bushes and oak trees on the same extensive landscaped grounds as Knox College – the church allowed women to become ministers.

And so, Salmond Hall – as it was originally named – began as effectively a sister hall of residence to Knox College up the hill, providing accommodation for women training for the ministry and for female University and teachers’ college students.

The hall was named after a prominent Otago Presbyterian family that included siblings Mary Salmond, an Otago graduate who had been a principal of Deaconess College’s predecessor, and her brother James David (“JD”) Salmond, also an Otago graduate, who was a Presbyterian minister and lecturer at Knox Theological Hall. They both died in 1976.

Reflecting its Christian origins, Salmond Hall had its own chapel – the Waddell Chapel – named in memory of the pioneering Presbyterian Church deaconess Christabel Waddell (Duncan) and her husband, Dunedin Presbyterian minister and social campaigner Rutherford Waddell.

Salmond Hall originally accommodated 140 students “of the fairer sex”, including three training for the ministry.

This was the liberating early 1970s and many of the female students were not in the mood for cloistered accommodation. Critic reported in April 1971 that students in Salmond Hall had protested against the restrictions on dress and smoking, and being locked in the hostel at night. According to Critic, some of the students even tried to break all the hall’s rules and get expelled.

Male students were allowed to stay in the hallowed hall from 1975. It was less a reflection of changing social mores, or of a desire to emulate the experience of co-educational Carrington Hall, about which one observer commented when it opened in 1945 that “It made the girls less giggly and the men less crude”. It was more to do with too many male applicants for Knox and too few female applicants for Salmond.

The hall was renamed Salmond College in 2006, to align with the names of all of the other residential colleges and in recognition of what the college described as the growing academic and collegiate focus of the organisation.

Salmond College has been expanded and upgraded over the years, including the 2006 addition of the Macalister Wing, and the 2015 upgrade and addition of rooms on the third floor of the Fulton Wing.

Salmond and Knox are formally affiliated to the University but still owned, managed and independently run by the Presbyterian Church, and governed by a single board.

The Head of Salmond College since 2019, Nick Bates, describes the arrangement as a win-win. “The University gains from Salmond and Knox about 500 beds and, for the church, it is an opportunity to continue its mission to serve the community and foster, grow and develop young people from all walks of life.”

The majority of students live in single rooms on one of the four levels in the main building, with an ensuite residential wing for mature students. The head, deputy head, a pastoral assistant and nine senior students known as residential leaders also live on site.

“The residential leaders mentor like big brothers and big sisters,” Bates says. “They are the first port of pastoral care for the students.”

“Home-away-from-home” is a phrase that keeps cropping up when current and former students talk of Salmond, and “down to earth and unpretentious” in reference to their fellow residents. Most are first-year students, weaning themselves off home before going flatting, although 45 are returning students this year.

Bates – an Otago graduate and former secondary school teacher, guidance counsellor, youth worker and head of Cumberland College – says that, while the college retains its distinct Christian character, the students today come from many different backgrounds and creeds.

“We are an extremely diverse community. Last year, 65 per cent were female and 35 per cent male. More than half the students identified their ethnicity as something other than Pākehā or European. We had about 20 Māori residents, about 15 Pasifika residents and about 80 in total who identified as Asian or Middle Eastern, even though many are New Zealand citizens or residents.”

A number of anniversary events, including a weekend of celebrations in late November, are palnned. “The planning committee is hopeful that plenty of former Salmond residents will return to share stories and fun times and reflect on their formative experiences,” Bates says.

Registrations of interest to salmondcollege50th@gmail.com
For more information, find us on Facebook: Salmond College 50th reunion

Students arrive at Salmond College for the start of the 2021 academic year.