Olympians push their bodies to the limit in the pursuit of sporting glory – but what are the consequences of this rigorous training for their long-term health and wellbeing? 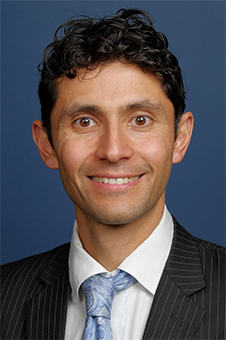 A major University of Otago study will seek to answer this question in a comprehensive survey of Aotearoa New Zealand’s Olympic, Paralympic and Commonwealth Games athletes as they age.

International research has shown that Olympians live on average three years longer compared to the general population and have less age-related muscle loss. But studies also suggest an increased risk of some health conditions such as heart arrhythmias.

It is anticipated the Games Athletes Medical Evaluation and Status (GAMES) study will not only shed light on the physiological impact of elite level competition but also produce results of benefit for the wider population.

Emeritus Professor Gerrard (semi-finalist at the 1964 Tokyo Olympics, gold and bronze medals at the 1966 Kingston Commonwealth Games) says about the study: “Of course, being a high-performance athlete means committing a significant part of your life to a constant training and nutritional regime. I think it is important to have an understanding of what athletes put themselves through, how they manage their lives and how that translates into later lifestyle.”

Mr Dixon (bronze medal winner at the 1972 Munich Olympics and 1983 New York Marathon winner) highlights the lack of long-term health research data on Games athletes: “High performance athletes have taken their ability to the highest levels and often through high competition and stress of training, a number of athletes that have not maintained their health and wellness. We need to be very aware of taking care of our athletes.”

Dr Walker says the GAMES study would investigate the health and wellbeing of athletes both now and when they were at their peak.

“These people did high levels of endurance training, and we want to know their health status now. We know from basic studies that Olympic athletes live two to three years longer than the general population, but they also have risk factors for heart issues, and we don't know exactly why.

“That may give us insights to better advise athletes in the future, as we might be able to better inform organisations such as the New Zealand Olympic Committee, High Performance New Zealand and National sporting bodies. A secondary outcome would be if there's wider application by looking at how this level of training influences aging.”

Dr Walker and study-coordinator Lara Vlietstra have interviewed multiple current and former high-performance athletes, to ask why research like this is important.

Jodi Brown (former Silver Fern from 2002 to 2015, silver medal at the 2014 Glasgow Commonwealth Games) says: “Once you are an athlete, you are never not going to be an athlete, being part of this study is an opportunity to help enhance our highest performing athletes’ lives.”

Evan Clulee (Paralympic wheelchair racer, semi-finalist, at the 1992 Barcelona Paralympics): “I value this study because I don’t think that there is any study looking at the health of Paralympians, particularly post Paralympics 30 years on. The 20 years when I was very involved in wheelchair racing and training 2 hours a day, what impact that does that have on my long-term health?”

Suzie Bates (Tall Fern at the 2008 Beijing Olympics and White Fern since 2006) says: “I have been pushing my body with the goal to be the best that I can at both cricket and basketball and I don’t know, in 10/20 years’ time, what my body is going to be like. The more information we have about preventing the risks of pushing yourself in an unhealthy position later in life, if you have that information, you can make the right decisions before it is too late.”

Dr Walker’s team hopes to recruit a large proportion of New Zealand’s current and former Olympic, Paralympic and Commonwealth Games athletes in what will be one of the most extensive surveys of its kind attempted worldwide.

The athletes will complete a detailed questionnaire about their health status, physical activity, nutrition, and mental health. They will also be asked about their nutrition and exercise during the year they last competed in the Olympics, Paralympics and/or Commonwealth Games.

Each participant will bring in a friend or sibling of similar age who has not competed internationally to give the researchers a point of comparison. It is hoped in future years to broaden the research into physical testing, such as exercise testing and bone density, which will better inform these athletes about the effects of their training and competition.

Further information is available on our website for current or past Olympic/CWG or Paralympic athletes to participate:
www.otago.ac.nz/games