University of Otago researchers have made a major breakthrough in further understanding acute rheumatic fever, showing that skin infections are likely to be a significant cause of the disease. 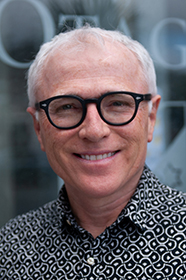 Professor Michael Baker from the Department of Public Health at the University of Otago, Wellington, explains it has long been recognised that rheumatic fever is a complication of group A streptococcus (GAS) pharyngitis, commonly known as “strep throat”. However, new research just published in the scientific journal BMJ Global Health, indicates that streptococcus skin infections can also trigger the disease.

“This study is a major breakthrough in understanding the causes of acute rheumatic fever,” Professor Baker says.

“It is the world’s first study to confirm that the risk of rheumatic fever rises after a GAS skin infection in a similar way to how it does after a GAS sore throat.

“Because acute rheumatic fever is an uncommon disease and few countries have comprehensive linked health data, no previous study has been able to quantify the rheumatic fever risk following a laboratory-confirmed infection.”

The focus of rheumatic fever prevention in New Zealand has been largely on diagnosing and treating GAS throat infections. This established thinking is behind the school-based sore throat management programme that has operated in several North Island DHBs for more than a decade.

Professor Baker says the study’s findings have huge implications for the prevention of acute rheumatic fever.

“While treating GAS sore throats should remain a key strategy in the prevention of rheumatic fever, a new focus should also be placed on addressing GAS skin infections to help reduce the risk of rheumatic fever in New Zealand and internationally,” he says.

New Zealand has a high and increasing incidence of skin infections, with markedly higher rates in Māori and Pacific children compared with children of European and other ethnicity.

“Health professionals caring for children at risk of rheumatic fever need to treat skin infections with the same level of intensity as throat infections. While a key message for the public is that skin infections matter and need to be treated promptly.” 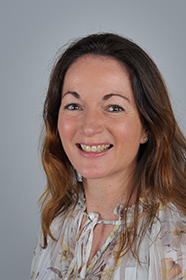 The study team is now planning research to build on these findings says Dr Julie Bennett, who also worked on the research.

“We are planning a trial of more intensive skin infection treatment to see if this can reduce the risk of developing rheumatic fever,” she says.

The study also reveals that dispensing a course of oral antibiotics, which is the routine treatment for children following a strep throat diagnosis, was not associated with a reduced risk of developing rheumatic fever.

“This is a worrying finding. It suggests that we need to find more effective ways of treating these infections than the course of oral antibiotics that is currently prescribed,” Dr Bennett says.

This research was supported by the Health Research Council of New Zealand. One of the researchers (Dr Jane Oliver) was funded by the Lotteries Health Research with the provision of a full-time PhD scholarship. One researcher (Dr Sally Thomas) received a training stipend from the New Zealand College of Public Health Medicine