Fun and future-focus feature at Fono 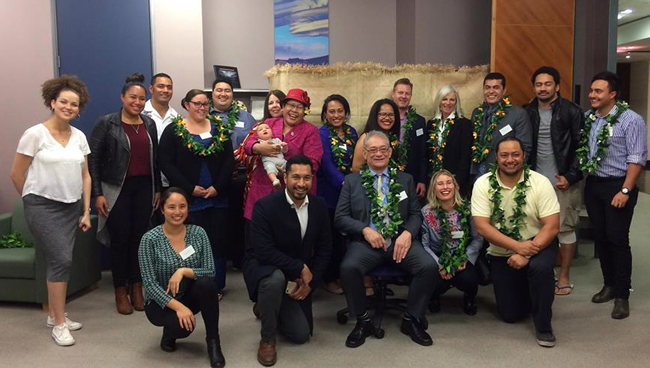 Otago alumni, staff and supporters enjoyed mixing and mingling, and discussing Otago’s future in the Pacific region at an Alumni Networking Fono at the university’s Auckland Centre on 18 October.

The evening featured a Pacific Pecha Kucha session and a presentation by guest speaker Dr Sirovai Fuata’i, who spoke about his healthcare journey and career in general practice. He also encouraged alumni to look for opportunities to help their communities.

Dr Fuata’i has been a GP in South Auckland for more than 20 years, and has several medical and accident clinics in the area.

He received a Distinguished Fellowship from the Royal New Zealand College of General Practitioners (RNZCGP) in July this year, which recognised his outstanding contribution to healthcare in the community, and was the first Pasifika GP teacher on the College’s training programme.

He is regarded as a pioneer of a community-based "team approach" to the provision of primary health care for vulnerable communities. He has also led efforts to attract more medical graduates into general practice and wants Pasifika doctors to have greater involvement in developing Pacific primary care services. 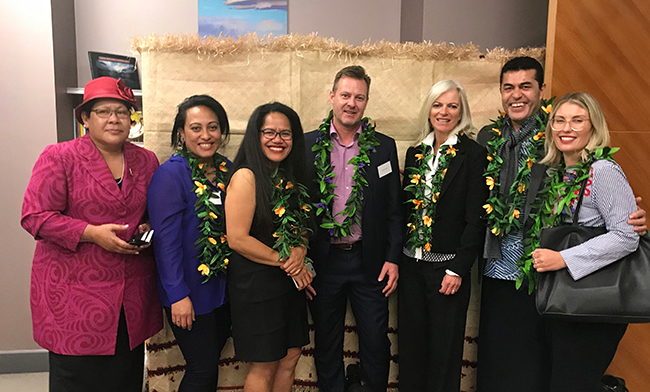