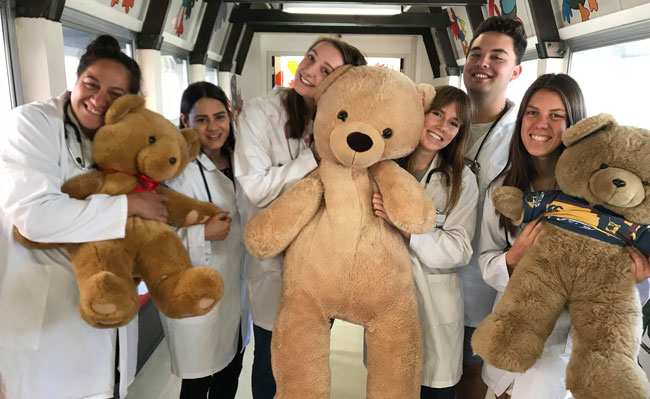 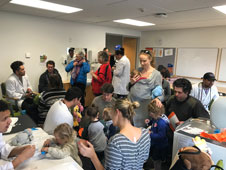 Dunedin’s toy population is on track to be fit and healthy over winter thanks to the University of Otago’s Teddy Bear Hospital.

Around 500 children and their toys visited the makeshift hospital over the course of the week and at the community open day on Saturday.

The toy hospital concept allows second- and third-year medical students to practice interacting with younger people. The initiative also allows children to learn more about, and feel comfortable in, a medical setting through its aim of reducing the anxiety often experienced by children in unfamiliar, intimidating health care environments due things such as vaccinations.

Among the changes in the 10th edition of the toy hospital was the introduction of Te Reo Māori consultations for the first time.

"Importantly, the Te Reo consults aren’t the same as the ones in English. I think Te Reo Māori allows patients to be able to celebrate their Māoritanga, in a way that is more than just speaking the language."

Medical student Courtney Sullivan, who facilitated the Te Reo Māori consultations, says it was a good chance to step in to Te Ao Māori and create an authentic experience. Even if it did catch them by surprise.

“On our sign-up sheet there was one child registered to come in that first session, and about a dozen kids showed up,” Courtney says.

“That was really cool for us because that’s how Māori roll – they come with their whānau and their support networks, and I think it’s important for us to realise that this is reality in Te Ao Māori.”

The annual experience for second- and third-year Medical students may not be over yet, either. A second Te Reo Māori Teddy Bear Hospital event is expected to take place within the community in July.

“We have been trying to break down the language barrier, and the next obstacle for us is the access barrier.

“Importantly, the Te Reo consults aren’t the same as the ones in English. I think Te Reo Māori allows patients to be able to celebrate their Māoritanga, in a way that is more than just speaking the language.

“It’s not just a medium, it’s the other things attached to the language that enable Māori to celebrate being Māori, like mihimihi, waiata, karakia and whānau.”