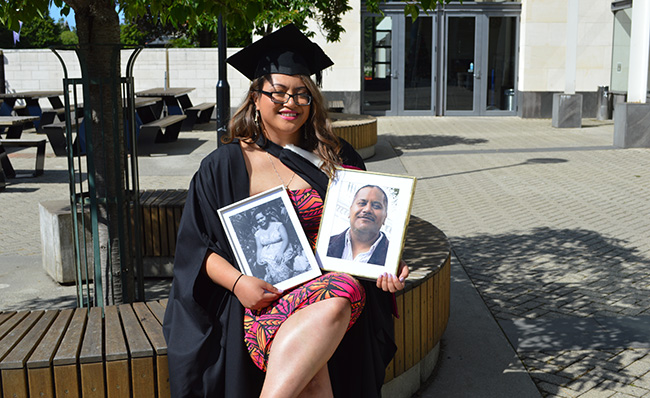 Growing up Ivana Pereira thought she needed to become a doctor or a lawyer to help her people, but studying at Otago opened her eyes to the wide array of careers public health can offer.

Ivana is one of the 23 graduates who walked across the graduation stage on Saturday to receive their Bachelor of Health Sciences degrees.

The Bachelor of Health Sciences is a three-year degree for those who want to work in health in the areas of public health, Māori health, Pacific health, in roles such as case managers or care co-ordinators in the healthcare system.

Ivana, who is of Cook Islands, Samoan and Tokelauan descent, decided she wanted to pursue a career in health after seeing the ordeal her grandmother went through in the system, where she lacked quality care and cultural competency in her final few months.

“Being of Pacific descent, I understood that there was and still is an increasing need for public health approaches, especially in regards to the various health challenges facing our Pacific people, one significant being that of the current measles outbreak in Samoa.

“While I initially came down to Dunedin to complete a Bachelor of Medicine, I was inspired to undertake this degree due to the fact that this qualification focused on the skills to work with patients and communities in areas of promoting health, access health-related information and ensuring that patients have access to quality health care.”

Ivana’s journey to Dunedin was influenced by many people from early in her education.

“From a young age I was a bit unsure of the opportunities available to someone like me, and with encouragement from my primary teacher Mrs Marilyn Poutawera, I was told I had the ability to achieve whatever I put my mind too, and that included completing secondary education and eventually tertiary education.”

Her words inspired her to apply to Otago, and with the help of her careers advisor Pauline Muncey, she was able to apply for the Pacific Foundation Programme and various scholarships.

Initially, moving to Dunedin from Porirua was a culture shock for Ivana, but with unwavering love and support from her family and friends she was always reminded of her “why” whenever she lost her way.

“I had to remember I was doing this for my Nanny who didn’t receive the quality health care she deserved while she was alive.

“I was doing this for my Dad who was declined medical advice and services when he reached out for help with his health which resulted in his unfortunate death. 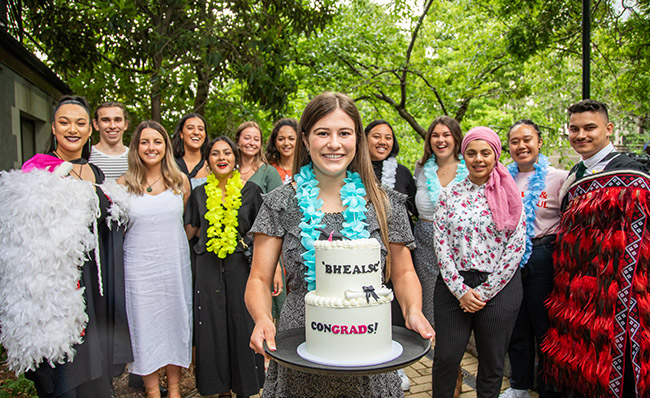 Ivana is passionate about improving statistics which put Pacific and Māori communities at the lower end of the spectrum when it comes to positive health outcomes.

Eventually she wants to be a part of implementing health policies which look at positively influencing change in health outcomes of both Pacific and Māori communities.

Ivana hopes to return to Otago to study for a postgraduate diploma in Public Health in a few years, but in the meantime she wants to gain work experience within the health sector in Porirua, helping the community which raised and moulded her into who she is.

“This degree isn’t just mine. It’s my families, it’s my friends, and it’s my people’s.”