What it is like to have COVID-19: Otago academic shares her story

Dr Rachelle Martin, a researcher and lecturer in the University of Otago Wellington’s Department of Medicine was one of two people to share their COVID-19 story with New Zealand Doctor. We re-publish this article with permission. 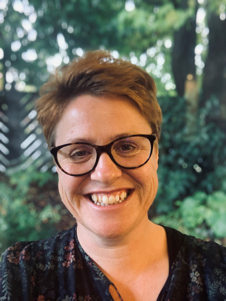 The hardest thing about COVID-19 is maintaining clear and consistent public health messages that don’t downplay the severity but also aren’t all doom and gloom, says academic Rachelle Martin.

Dr Martin, of all people, should know.

A researcher and lecturer in the department of medicine at the University of Otago, Wellington, she became New Zealand’s 18th case of coronavirus and Christchurch’s first, after a whirlwind trip to the UK.

Dr Martin left New Zealand on 8 March and returned on 16 March, feeling fine. She went straight into self-isolation after being picked up by husband Mike.

That evening, she had a temperature; the next day, she was aching all over.

After being on hold with Healthline for over an hour, she was triaged and told to phone her GP.

“I drove to the car park and my GP came out all gowned up; he was quite excited to be doing his first test. It was all quite jovial.”

Her illness was mild, with symptoms disappearing quickly after seven days. She experienced high temperature, fatigue, aching body and headaches, but no cough.

“I wanted to just be in bed. On one of the days I managed to open the box of a jigsaw puzzle and do 30 pieces.”

On 19 March, she felt dizzy, had low blood pressure and nausea. “I was lying down and vomiting with my GP on the phone giving me telehealth advice, because I really didn’t want to go to hospital.”

Mr Martin was meanwhile watching nervously through an external glass door to her bedroom, a broom handle at the ready to poke her, in case she fell unconscious. But Dr Martin says everything settled down after an hour.

Throughout her ordeal with COVID-19, she says she had no fear for her health, and had clear and consistent contact from public health doctors, Healthline and her GP.

“I followed all procedures…I also put nothing on social media, instead contacted individuals, family, friends, to let them know.

“I wanted to reassure people, to let them know I had followed the rules, and my case was manageable…some people are being admitted to hospital so I also didn’t want to undermine all of those important messages…It’s very tricky.”

Travelling during a global pandemic

Dr Martin had gone to the UK to attend conferences in Birmingham and Dublin, but arrived in London, via Singapore, to find both conferences cancelled.

Travelling overseas amid the COVID-19 outbreak was a weird experience, she says.

“There was a reduced number of people flying, the planes were quiet and roomy, but relaxed. Lots of people were wearing masks, all of the staff were masked and they took great care with hygiene.

“But when I arrived in London, you wouldn’t know anything was happening. There were definitely more masks around and otherwise, people just seemed to be keeping to themselves more.”

Dr Martin kept her plans under constant review and watched the global COVID-19 situation, taking care to wash her hands regularly, “like a ninja”.

She avoided major tourist areas, but used the packed underground to travel to meet a colleague at a hospital café.

On 13 March, Dr Martin threw in the towel, after a good friend, a GP, contacted her saying it was time to come home.

“Singapore had already closed off the airport to people who had transited through France, Germany, Spain and Italy, and I knew the UK would only be a few days behind.”

She flew out from Heathrow the next day, and says the flight was a nightmare, with high levels of anxiety among travellers and staff.

“People were wearing plastic raincoats, masks, goggles, their belongings were covered in plastic, but there was no physical distancing. Staff were quibbling over small things. It just wasn’t pleasant.”

Freya Sawbridge, a law graduate, says the hardest thing about having COVID-19 was the anxiety and fear that came with it.

For Freya Sawbridge, who has COVID-19 and is self-isolating in the basement of her parents’ Auckland home, it has been a long journey.

Ms Sawbridge had been travelling through Europe, and lived for three weeks in Scotland before coming home on 22 March.

Other than fever, sore throat and body aches, her most persistent symptom was a sense of “light-headedness” affecting her entire body.

“I was sure I had it, because I’ve never experienced anything like this before,” she says. “I’ve never had the flu, so had nothing to compare it to, and it was nothing like having a cold.”

Aside from the physical symptoms, the worst part was the toll on the 26-year-old’s mental health.

“After I found out, I had trouble breathing. I was battling bad anxiety and fear that I had spread it in the community, even though I had driven myself home from the airport and had been self-isolating ever since.”

The anxiety was the worst, she admits, and exacerbated her upper respiratory symptoms.

“But the doctors were really reassuring, one of them told me, ‘you know deep down if something is seriously wrong, you’ve got to separate your physical symptoms from the mental health ones’.”