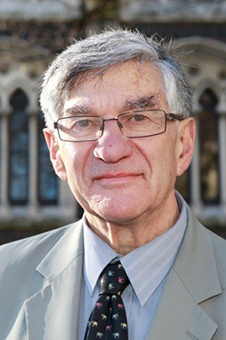 The authors are calling for global health and nutrition programmes to be extended to school-aged children and adolescents to enable healthy growth throughout development.

Just published in The Lancet, the large global study was undertaken by a huge number of researchers over 35 years, and pooled data from more than 2,000 population-based studies, with measurements of height and weight in 65 million participants in 200 countries.

The researchers analysed child and adolescent physical growth trends and found wide variations in height and BMI among school-aged children, and faltering growth in many countries, most likely due to lack of adequate and healthy nutrition during school years.

The study found that unhealthy growth trends – with too little height gain and/or excess weight gains – were seen in several countries including New Zealand, the USA, Malaysia, Mexico and sub-Saharan Africa.

Unhealthiest changes – gaining too little height, or too much weight for their height compared with children in other countries, or both of these – occurred in many countries, including for boys and girls in New Zealand, and for boys in some Pacific Island nations.

This study follows hard on the heels of the UNICEF’s annual Innocenti report card which named New Zealand adolescents as some of the most overweight in the OECD. Out of 41 OECD and EU countries, New Zealand was ranked second-to-worst for childhood obesity.

One of the New Zealand authors, Professor Mann, has said that obesity is a “silent killer” pandemic and this study shows that the issue is escalating in New Zealand.

A pressing issue is the lack of nutrition data in New Zealand. He and others have called for a national nutrition survey to be carried out immediately.

“New Zealand has not had a survey since 2002 so we don’t actually know what New Zealanders are consuming,” Professor Mann says.

“We have also called for school-based healthy food and drink policies and this study reinforces the need for such policies as well as restrictions on advertising unhealthy foods to children.”