New Zealanders who live outside the major urban centres are significantly more likely to experience adverse long-term health outcomes after a stroke than those managed in urban hospitals, research from the University of Otago, Wellington has found.

The researchers, working on the Health Research Council (HRC) funded REGIONS Care study, found stroke patients cared for in provincial and rural areas had less functional independence at three and six months after their stroke, a higher risk of death at three, six and 12 months after their stroke, and more chance of suffering further vascular events six and 12 months later. 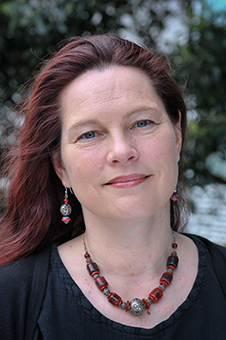 Lead researcher, Associate Professor Anna Ranta, says people cared for outside urban centres are less likely to have access to stroke clot retrieval, a life-saving but complex and time critical procedure in which large clots obstructing brain vessels are removed.

They are also less likely to have access to specialist best practice care in acute stroke care units and to high-intensity rehabilitation and post-stroke community support.

Associate Professor Ranta says Māori and Pasifika are 15 years younger on average than European New Zealanders when they experience a stroke, with Māori patients, in particular, experiencing a higher risk of death 12 months after their stroke.

This is despite Māori gaining access to hospital care in a timely fashion, and with no overall difference in their access to reperfusion therapies used to restore blood flow through or around blocked arteries.

“Of course, many Māori reside rurally and are thus disproportionately affected by the geographic inequities uncovered by the research.

“However, geographical differences, baseline differences in health status and vascular risk factors do not fully account for the differences in outcome between European and Māori New Zealanders, indicating that other factors are at play.”

Associate Professor Ranta says early findings from the study suggest that more Māori patients may be missing out on optimal secondary stroke prevention, although the final analysis has not yet been completed.

“What was shown unequivocally is that culturally appropriate support services are not being accessed consistently by Māori and Pasifika patients.”

The findings of the research were presented at the National Stroke Network’s conference in Wellington on Thursday with resultant discussions informing strategies to address the identified inequities.