Despite being considered a form of torture, and policies to reduce or abolish it in place, the use of mechanical restraints in psychiatric settings continues, a University of Otago-led study shows.

Researchers from Otago, Victoria University of Wellington, Kyorin University, Japan, University of Missouri-Kansas City, US, and the University of Queensland, Australia, used publicly available databases to compare the rates of mechanical restraint across their respective countries.

The findings, published today in the international journal Epidemiology and Psychiatric Sciences, reveal wide variations in their use, which includes the use of bed rails, straps, cloth, rope or chains to keep people from moving parts, or all, of their bodies. 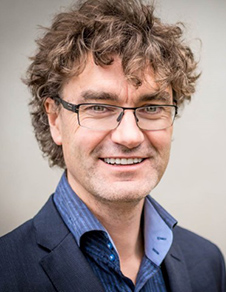 Lead author, Associate Professor Giles Newton-Howes, of Otago’s Department of Psychological Medicine, Wellington, says this is despite official policy in all four countries to minimise the use of these practices, since they are contrary to human rights treaties.

“Despite policies meant to minimise restraint and subsequent monitoring, none of these four countries actually consistently reduced restraint.

“The variations in rates are unlikely to be due to differences between the characteristics of the patients in the different countries,” he says.

The use of mechanical restraints is controversial, with many groups considering them to be torture, while others consider them to be a necessary part of psychiatric care. Their use has been implicated in injury and death, including the death in 2017 of New Zealand man Kelly Savage in a Japanese psychiatric hospital.

“Extra, urgent efforts are needed to reduce restraint, along with the development and implementation of international guidelines for the collection and reporting of restraint data – if monitoring is not carried out, it will be impossible to determine if such extra efforts work.”

Associate Professor Howes describes the study as an example of “co-production”, by which psychiatrists work with people with lived experience of mental health care – in this case Kelly’s mother Martha Savage – to address mutual concerns.

“This study provides the first clear, cross-country reflection of mechanical restraint use, and enables clinicians, hospital administrators and policy makers to compare directly the results of their efforts towards minimising restraints with those of other jurisdictions in the Pacific Rim and elsewhere.”