The swift move to electronic prescribing during the early months of the first COVID‑19 pandemic saw a number of general practices struggling to adapt, with some patients and whānau too scared or cash-strapped to pick up their medications, a new University of Otago study has found.

Published in the New Zealand Journal of Primary Healthcare, the study surveyed over 160 New Zealand GPs, practice nurses and nurse practitioners over a period of 16 weeks from May last year, examining how they dealt with the pandemic-induced change to electronic patient prescriptions (ePrescribing). 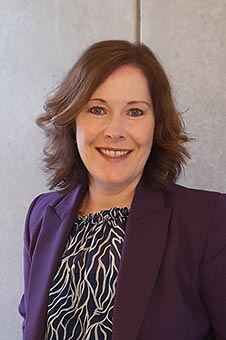 Lead author Dr Geraldine Wilson, a GP Research Fellow from The University of Otago Christchurch’s Department of General Practice, says the results show while most GPs were resoundingly in favour of the shift, welcomed the move and handled it confidently, some reported being ill-prepared and left struggling with technical issues.

“While most GPs found ePrecribing a more efficient and streamlined process, some who hadn’t adopted it as standard practice prior to the COVID‑19 lockdown had problems” says Wilson.

“Cost of installation and technical barriers were a real issue for a few, while others had systems that weren’t compatible with those in pharmacies, delaying their ability to get scripts to patients and whānau as quickly as they would have liked.”

Wilson says some prescribers expressed discomfort with both the number of repeat prescriptions they were suddenly giving out without the patient being seen, and the effect of the COVID‑19 lockdown on patient behaviour.

“Some GPs reported their patients were stockpiling, hoarding and “panic-buying” due to concerns their repeat supplies of medicines might potentially be affected by border closures. More worryingly, some said their vulnerable and high-needs Māori, Pacific, elderly and rural patients and whānau were going without medicines or had reduced their dosages because they were too scared to leave the house to pick them up from the pharmacy, or too cash-strapped to go in and pay for them, perhaps due to a job loss or strained household income.”

While nearly all study respondents believed ePrescribing during lockdown led to better and closer working relationships with community pharmacies, several acknowledged the added strain those pharmacies were under dealing with the huge increase in prescription demand.

Dr Wilson says the study demonstrates the ability of primary care practices to rapidly and positively adapt to prescribing change, with most reporting they’d since managed to fix technical issues.

However, she says now we are in the throes of another lockdown – with the possibility of more to come due to the virulence of the Delta variant – concerns remain over both medication access for patients and gaps the survey revealed in the home delivery of medicines for patients who need it. To counter this problem during last year’s lockdown, some practices proactively linked their high-needs patients to pharmacy home delivery services. Dr Wilson believes Aotearoa New Zealand could look at adopting a more formalised Home Medicine Service as Australia has done, ensuring more vulnerable patients get the medicines they need delivered to their door.

These latest findings on ePrescribing follow research from the same study published in the New Zealand Medical Journal in July, focusing on the general practice teams’ experience using telehealth during lockdown. It found while many embraced virtual patient consultations and moved swiftly to adopt them, others found them less than satisfactory, one concern being “a fear of missing something” that might have been picked up at a face-to-face visit.

While study participants reported most patients and whānau appreciated the convenience and lack of transport costs involved in virtual appointments, some struggled with the technology and poor access to phones and internet coverage. Others complained about having to pay for telephone consultations as they felt they should only be charged if they saw the doctor face-to-face.