Serving in the Pacific 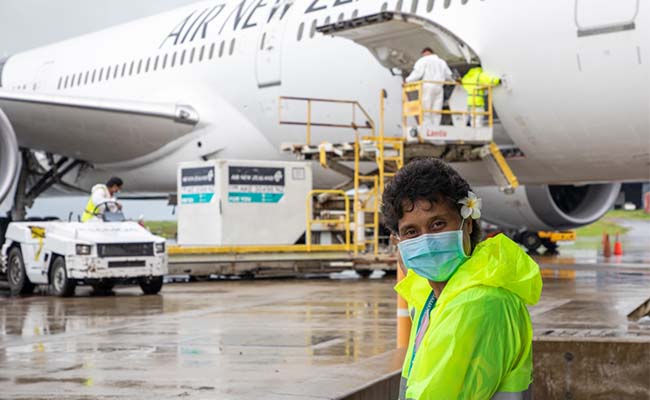 Faumuina Professor Fa’afetai Sopoaga at the Faleolo International Airport on 21 October with Samoa Ministry of Health officials for the arrival of the first instalment of the Pfizer vaccine, gifted by New Zealand, for 12-17 years olds.

She has been in Samoa since 25 June 2021, working as a Health Advisor, supporting the New Zealand Ministry of Foreign Affairs and Trade’s (NZMFAT) work in Samoa. Based in the NZ High Commission’s team, she works closely with the Samoa Ministry of Health, World Bank and other external funders to support New Zealand’s health investment in Samoa.

Professor Sopoaga led the Va’a o Tautai team who coordinated the mobilisation of support for the measles epidemic in Samoa by New Zealand and Australia-based Samoan doctors in 2019/2020. That work led to opportunities to further support NZ’s work in Samoa for the COVID-19 pandemic.

“In Samoa, my role has been to support the roll-out of NZ’s investment in health for the next 3 to 5-year cycle of investment. I am based at the NZ High Commission and work closely with the Samoa Ministry of Health and local stakeholders as well as NZMFAT Wellington Office.”

Her public health and primary care skills, cultural knowledge and fluency in the Samoa language have been invaluable in this context, where the strengthening of relationships and navigation between different worlds and cultural contexts are needed.

“The undertaking tasks for the NZ Government while ensuring respectful engagements in meeting the requests and expectations of local partners is important,” she says. 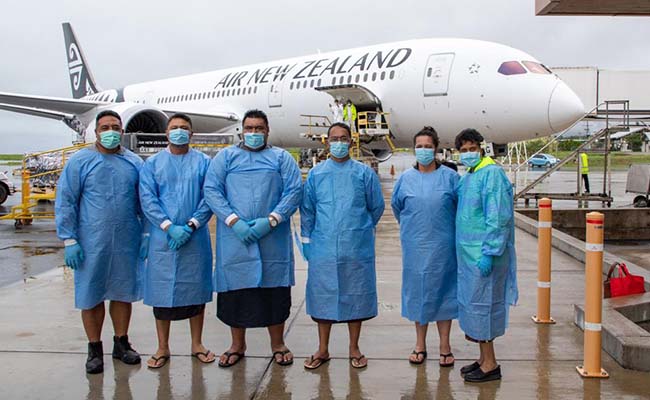 The Pfizer vaccine arrives in Samoa.

She has continued to lead her team at Va’a o Tautai (VoT) while in Samoa and is scheduled to return to New Zealand next month. She said VoT has an outstanding leadership team who have continued to serve and fulfil their duties with excellence, amidst the changing environment we all work in now. Her time is shared between NZMFAT and her role as Director of Va’a o Tautai

Although in Samoa for the NZ Government work, she has been able to advocate for the work of the University of Otago, in teaching, service and research. She was able to do this through meetings with the Samoa Minister of Health and the Minister of Education, and their officials.

Professor Sopoaga is grateful for the support of Acting Vice-Chancellor Professor Helen Nicholson, who sits on the National University of Samoa Council, Professor Richard Blaikie who signed the agreement with NZMFAT on behalf of the University of Otago, Health Sciences Pro-Vice-Chancellor Professor Paul Brunton and Dean of Otago Medical School Professor Rathan Subramaniam for their ongoing support for Pacific regional engagement. The Division of Health Sciences also has 7 Associate Deans (Pacific), who lead Pacific strategic developments.

She is also thankful for the support of the NZ Government, specifically, His Excellency, Dr Trevor Matheson, High Commissioner to Samoa, and Deputy High Commissioner Taua Pati Gagau, and her direct report in NZMFAT (Wellington) Sam Hoskins, Senior Policy Advisor, who have all guided her in relation to engagement and work within NZMFAT.