Albany St studio closure not the end of the road 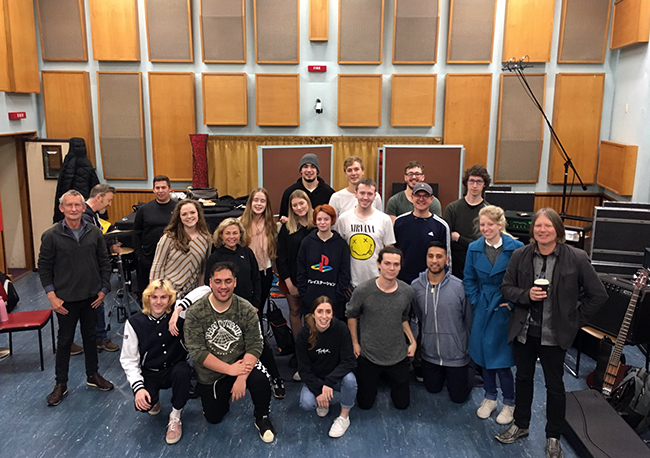 As assessments ended and guitars, mics and drums were packed away late last year, Senior Lecturer in Contemporary Music Dr Ian Chapman reflected on the long history of the Albany Street recording studio and facilities.

In October, music staff and students held their last assessments at the Albany St studio, formerly owned by the New Zealand Broadcasting Corporation (the NZBC) and home to the University’s contemporary music programme since 2000.

It was bitter sweet, because although the School of Performing Arts will be taking delivery of a beautiful new purpose built facility in the new year there are many wonderful memories and much great music still dwelling as ghosts in those Albany St walls - soon to be torn down due to the presence of asbestos.

The building was completed for the NZBC in 1968 based upon a classic BBC design and made for recording full orchestras. Officially opened on July 11, 1970, it housed radio stations 4ZB, 4YA and 4YC and, later, Classic Hits Dunedin.

For a few years in the early 2000s the contemporary music programme - then affectionately known as ‘The Rock Degree’ and taught by Graeme Downes, Rob Burns and myself - shared the building with the radio station.

When the bands got too loud in their rehearsal rooms music sometimes ‘leaked’ into the on-air suites and out onto the airwaves, much to the radio station’s evident delight. Music staff knuckles were rapped. Listeners were, we hope, amused at these first impromptu public airings of the next generation of musicians being trained by Otago University.

Over the years the School of Performing Arts used the Albany Street building for recording (using a state-of-the-art SSL recording desk imported from the UK), rehearsals, assessments, public concerts and workshops, and in more recent times also for housing postgraduate students. The combination of new and vintage technology used in the studio (much of which was assembled by Technician Stephen Stedman and maintained by Stephen and also Danny Buchanan), as well as the vast array of musical instruments, was always an impressive sight for visitors.

The last assessment (photo by Stephen Stedman) featured an array of this year’s contemporary music students along with staff members David Harrison (guitar), Arlie McCormick (vocals), Hannah Thompson-Holloway (vocals), Pania Simmonds (bass), Doug Wright (keys), Carl Woodward (drums), and Ian Chapman (coffee). There was 'a vibe’ - palpable after the last notes of the last song died away. The feelings spoken of were a mix of sadness, nostalgia, expectation and excitement.

Albany Street - your staff and students salute you. Thanks for the memories that number far too many to even begin to list . . .

(Below: the shape of things to come - an architectural rendering of the studio, which will be part of the new $26 million School of Performing Arts facility on Union St East, which will open in 2020). 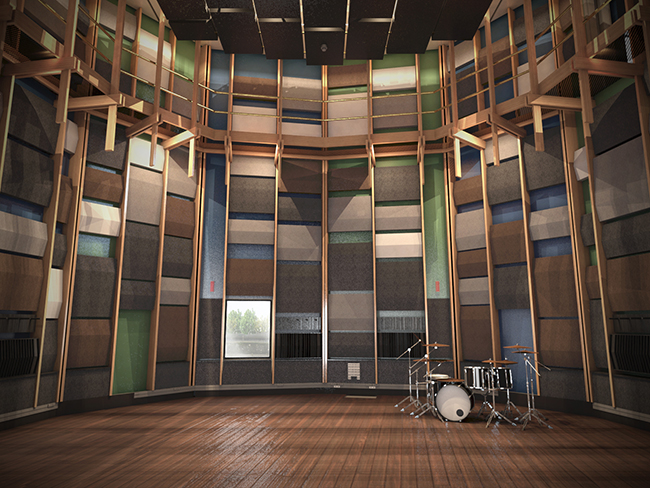