Ones to Watch: Samuel Leaper 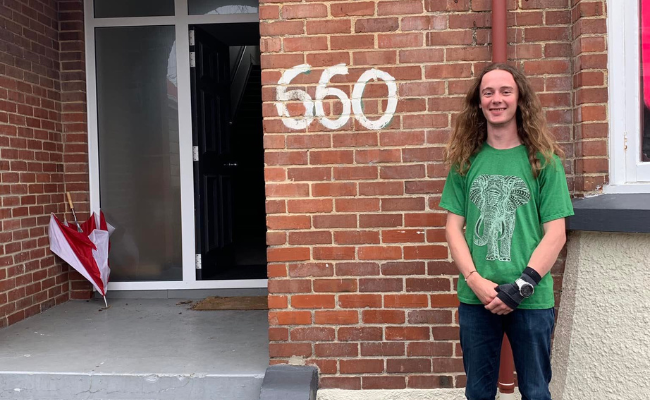 Samuel Leaper is grabbing his dream career with both hands and making every moment count.

The third-year Bachelor of Music student has had a busy year between studying, sound engineering, working with his band Black-Sale House and even taking on his first Musical Director role.

“I loved the experience but I need to recover now,” Samuel laughs as he finishes up a big few months Musical Directing East Otago Musical Theatre’s production of Chicago.

Moving into the famous 660 Castle Street flat earlier this year was the beginning of a demanding but fulfilling year as one of four Six60 scholarship recipients.

Currently studying part-time, Samuel hopes his study will fit into a lifestyle focussed on musical development.

“I’ve been keeping busy. While studying part time I work at a few places, a music store, teaching music, sound engineering at U-Bar and for a few friend’s bands.”

The biggest of these passions is working with his band, which is going on tour in August this year. Studying part time in the music department at Otago has many advantages. 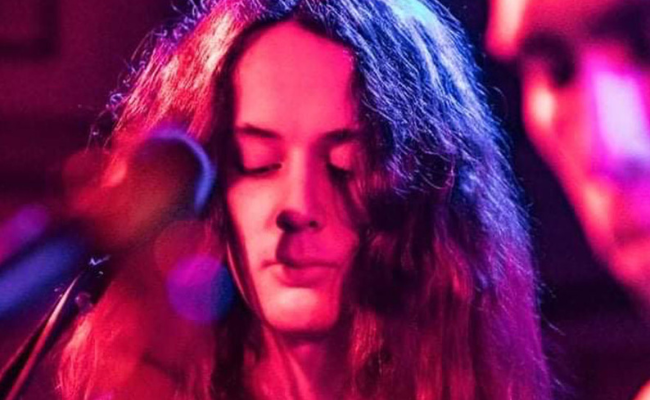 “It’s incredible to have access to such amazing facilities. I don’t want to just graduate, go to work and have that be the rest of my life. Music is more about the journey of being a musician.

The Dunedinite says gaining the Six60 scholarship is something he still doesn’t quite believe happened to him.

“I didn’t know my flatmates before this. The whole flat and the vibe is wonderful. We have a full practice room set up, it’s amazing.

Samuel remembers the moment he was told on a surprise video call with the band that he was a recipient of the 2022 scholarship.

“They had us join a zoom call to give ‘feedback’ but then suddenly the band joined the call and told us we were the recipients. It was a great feeling. There is a lot of hard work which goes into making a music career and rewards like this are incredible.

“We also had some mentoring with the band a few weeks ago. I’ve been messaging one of them recently getting advice on my band’s upcoming tour.”

While it’s not going to be the easiest road ahead, Samuel says there is one consistent factor which impacts his dedication to his music career.

“The thing I am most grateful for is my parents and their support. There was never any pressure on me to study, they weren’t concerned over me choosing medicine or music. They were going to support me regardless, that’s been massive in getting me to where I am.”

While many may claim music is not a sustainable career, with the support of his family, his growing education and industry support, Samuel says otherwise.

With a five-year plan focussed on furthering his knowledge, meeting other like-minded musicians and making music with his band, there’s a lot to look forward to.