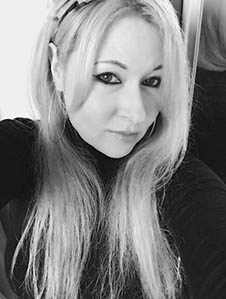 My research focuses on the gender, sexual and class politics of British glam rock, in relation to the socio-cultural context of 1970s Britain. Using a framework of Bakhtin’s carnivalesque, my approach is interdisciplinary, incorporating popular music, gender studies and media studies approaches with socio-cultural and textual analysis. I argue that against a background of economic crisis and emergent social change, glam rock’s two class-based strands – ‘high glam’ and ‘low glam’ – performed gender, sexuality, and identity in divergent ways, demonstrating the ideological tensions of life in Britain in the 1970s.

My work on David Bowie and Marc Bolan has been published in Celebrity Studies, MEDIANZ, and in Global Glam: Style and Spectacle from the 1970s to the 2000s (eds Ian Chapman and Henry Johnson, Routledge 2016), and David Bowie and Transmedia Stardom (eds Ana Mendes and Lisa Perrott, Routledge 2019). At the time of writing, a RIFFs piece on the films Rocketman (2019) and Bohemian Rhapsody (2018) is forthcoming in Perfect Beat journal.

Underpinning my research is the basic premise that all music is interconnected in a film — each instance of music does not exist in isolation but rather is part of a coherent, integrated whole.

My thesis specifically explores the relationship between pre-existing and original score music on compiled soundtracks. Employing an interdisciplinary approach (anchored by the principles of Aristotle's Poetics) this study will examine the ways in which pre-existing and original score music co-function on musical, visual and narrative levels in order to demonstrate how/if a unified aural strategy is achieved.  Its focus is on a selection of representative films by the contemporary American director Wes Anderson, as case studies. 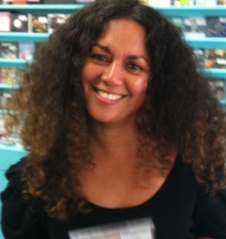 I am currently studying women’s music in my home area of Lau-Mbaelelea, Malaita, Solomon Islands. As a bicultural (Solomon Islands-New Zealand) ethnomusicologist, I am learning intangible cultural heritage from my elders. I am an insider, outsider and an in-betweener.

This PhD project explores how women’s identities and roles are composed, performed, expressed and constructed within women’s music. The research methods are designed to align with Malaitan epistemologies, ethics and values.

I am a lover of ‘all things music.’ I co-own Relics, an independent record store and online music store operating from Dunedin, New Zealand.

Irene completed her PhD and graduated in December 2017. 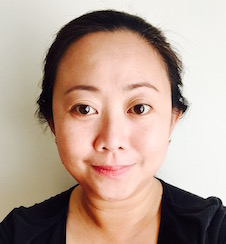 Wendy Eikaas-Lee is studying for her PhD.  Her research aims to examine how the Nepalese community living in Singapore express and construct their cultural identity via music festivals. Wendy has been an educator in her field of music education for more than 15 years.  She believes that teaching is one of the ways in which she can share her passion for ethnomusicology. 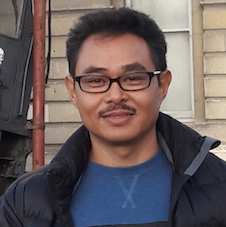 My research looks at how gong (meko) music from the island of Rote, Indonesia, is conceptualized, composed and practiced; and how Rotenese relationships are sustained and transformed via gong performance.

Meko comprises a set of nine small bossed gongs with circular discs made of iron, bronze or brass.

The term meko, meaning ‘to call people to gather,’ was originally used to refer to wooden or bamboo xylophones. Later, it was applied to imported gong sets brought by traders from Java, Sulawesi and Arabia. Ethnographic research methods were chosen in order to generate an in-depth ethnomusicological study of Rotenese meko.
Supervisors: Professor Henry Johnson, Dr Jennifer Cattermole 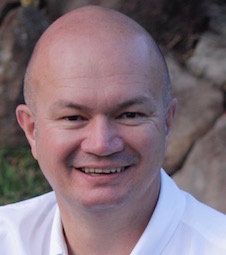 I am investigating the evolution of composition for the classical guitar in New Zealand from 1953 to the present day and the collaborations between composers and performers in the establishing of a distinctly New Zealand repertoire for the instrument.

I’m exploring the role guitarists have played in collaborating with composers and whether there has been a deliberate attempt to manufacture a repertoire motivated by the desire of performers to emulate the actions of leading international players in the creation of a repertoire of significant works suitable for concert performance.

I will also examine how New Zealand guitar music has changed over the past 60 years as a result of greater involvement of performers in the creative process.
Supervisors:  Associate Professor Anthony Ritchie, Ms Tessa Petersen 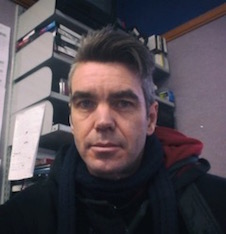 Thesis Title: Bending Form: Dynamic Content Within a Framework and the Recordings of the Beatles in the Mid-Sixties

I am a doctoral candidate studying toward a Doctor of Musical Arts in Studio Production with a focus on the recordings of the Beatles from 1966-1967.
My study examines how the Beatles’ recordings from this period advanced and influenced the popular music landscape, focussing on contributing cultural and technological circumstances. The art of phonography and the analysis of phonographic works in regard to how they are an integral aspect of composition are discussed as is ‘psychedelic rock’.

This research is used as a basis for my own compositions and recordings, particularly with respect to production approaches and methodologies and what can be critiqued and then rescued in order to aid the modern composer/recordist.
Supervisors: Dr Graeme Downes, Dr Ian Chapman

Go to more information about postgraduate study in Music 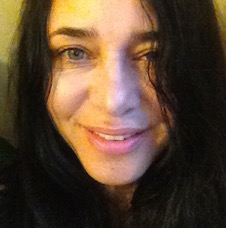 For my Master of Fine Arts, I am writing and performing two Theatre of the Real plays: "Walking Between Worlds" and "Close Stranger". These plays explore how a multiplicity of theatrical techniques can be utilized to convey auto-biographical and biographical stories on stage. The subject matter of both plays is the adoption of Māori children into Pākehā families under the 1955 - 1985 policy of closed stranger adoption in Aotearoa.
Supervisors:  Hilary Halba, Dr Janis Balodis

Thesis Title:  Performing Prison: How Life on the Inside is Shown 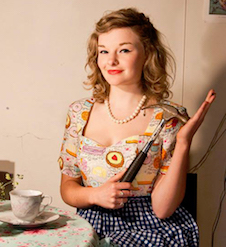 to the Outside World

My thesis is examining the way that female prisons are portrayed in film, television and theatre. I will also be doing research and interviews in prisons in New Zealand and creating a play that showcases the difference between the media’s view of women’s prisons and the realities of what life is like for women incarcerated in New Zealand.
Supervisors: Professor Stuart Young, Hilary Halba 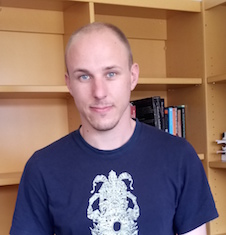 Thesis Title:  "When your books and teachers don't make sense, we do": Teaching Shakespeare in the Age of the Internet

As digital technologies become increasingly normalised in the educational environment it is important to understand what impact, if any, they are having upon students in the humanities.

This project seeks to track the impact of digital texts upon undergraduate students studying Shakespeare’s plays by using a mixture of online questionnaires and face-to-face interviews.

Ultimately this research aims to paint an accurate picture of which digital texts students are using, how they are using them and what their attitudes towards this new digital saturation are.
Supervisors: Professor Stuart Young, Professor Evelyn Tribble (Department of English and Linguistics)

Thesis Title:  Fog of War: British theatrical responses to the 2003 Invasion of Iraq in a “post-truth” political environment 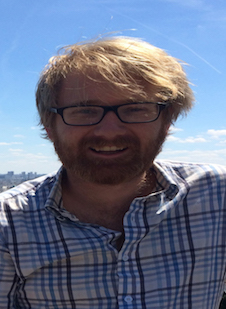 Despite recent popularity, the term ‘post-truth’ was first used to describe the Bush administration's handling of the 2003 Invasion of Iraq. In an environment where there are many contradicting versions of the truth, it is increasingly difficult to keep political powers accountable. Political art has a strong tradition of shining light on abuses of power but in a post-truth environment if a theatre-maker adds their own version of events, they are just adding to a ‘cacophony’ of contradictory truths.

I will conduct close readings of significant plays that have highlighted the suspect representation of truth in relation to the decision to invade Iraq and explore the ethical conundrums the post-truth environment poses to political theatre makers.
Supervisor: Professor Stuart Young

Go to more information about postgraduate study in Theatre