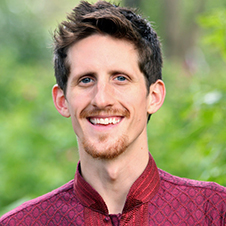 Evan Hastings is a leading international practitioner, consultant and academic in the field of Applied Theatre, with expertise in Drama Therapy, Theatre of the Oppressed and Theatre in Education.

Evan has over a decade of experience Evan was a 3-time faculty fellow at Project Zero within Harvard University's Graduate School of Education, where he taught in the Project Zero Classroom Summer Institute and the Future of Learning Institute. At Lesley University in Cambridge, MA, USA, Evan taught in the Masters in Teaching programme and the Bachelors in Expressive Therapies program from. In India, Evan taught Drama Therapy in the Foundation in Expressive and Creative Arts Therapies program at the Studio for Movement Art and Therapies, was faculty at Srishti, Institute of Art, Design, and Technology, and visiting faculty at Xavier's College Mumbai.

In his 20 years of practice, Evan has designed and facilitated creative group processes in challenging contexts including correctional facilities, refugee camps, war zones, school violence contexts, and in remote villages.

Evan moved to Dunedin in August 2019 to take the Artistic Director role at Theatre in Health Education Trust, where he is leading programme expansion and directing Sexwise, a national touring Applied Theatre programme promoting Relationships and Sexuality Education for Rangatahi/Youth in low-decile schools and alternative education settings.