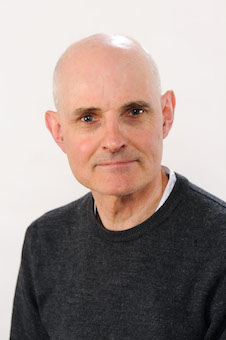 Peter is a nationally respected professional conductor who has given more than two hundred and fifty concerts working with orchestras, brass bands, and choirs all around New Zealand. As a composer he primarily writes instrumental works that embrace poly-stylism and a mixed-modal language aiming to be evocative and stimulating for listeners.

Background including creative and research interests

Peter is a respected conductor, especially recognized for his work with young people in youth orchestras, summer schools, The NZ Secondary Schools Symphony Orchestra and the NZ National Youth Brass Band. He has also made many professional appearances in Dunedin conducting the Dunedin Symphony Orchestra and St Kilda Brass. For ten years he was musical director of the City Choir Dunedin. Peter is a leading figure in the NZ brass band scene and as well as conducting, he regularly adjudicates at brass band contests and festivals. As a composer, performances of his works can be found on CDs, YouTube and Vimeo, and several works have had score and parts published.

Peter is an experienced and enthusiastic teacher who has had outstanding teaching evaluations. He is energetic in sharing his knowledge and skills with his students, and enjoys supporting each individual student’s growth and development. Successful Otago music graduates Peter has taught include Simon O’Neill, John Lewis, Michael Joel, Tecwyn Evans, Holly Mathieson and Andrew Crooks.

A selection of student supervisions

Peter is currently involved in the supervision of five PhD, one DMA and two MMus students.

Other musical and community activities

A selection of creative outputs