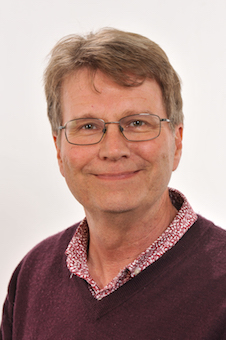 Anthony is an internationally respected classical composer who takes much of his inspiration from Aotearoa/New Zealand's history and wildlife. His music aims to connect emotionally with listeners while exploring innovative ideas and approaches.

Background including creative and research interests

A prolific, adventurous composer, Anthony has composed pieces for a range of performers and situations – from small chamber groups, to choirs, to symphony orchestras.

His work has been performed by renowned ensembles such as The Ulster Orchestra and The Takacs Quartet, and soloists such as Bella Hristova and Alexa Still.

Since 2005 twelve albums of his music have been released, including his Symphony No.5 Childhood.

Anthony is committed to sharing his knowledge and expertise through his teaching and mentoring. He was Composer Mentor for the New Zealand Symphony Orchestra Todd Young Composers Awards on two occasions, is a regular judge for The Big Sing, and organiser of the Lilburn Trust Student Composers Competition. He has also mentored young composers at the annual Nelson Composers Workshop. Successful composers and conductors Anthony has mentored include Michael Norris, Tecwyn Evans, Holly Mathieson, Ryan Youens and Joshua Romero.

A selection of student supervisions

Other musical and community activities

A selection of creative outputs

The following recorded compositions provide a snapshot of the work Anthony has been doing in the last 10 years, ranging from solo pieces and concertos to choral music and orchestral pieces.

These recordings also demonstrate the range of performers Anthony has worked with, including internationally acclaimed artists such as Bella Hristova.

Further creative outputs are listed in the 'Publications' section below.