For the second year in a row, Sarah Donald has received a prize in the Dunedin School of Medicine’s postgraduate poster competition. The award, which was announced at the recent Health Research Excellence Awards, was for a poster that described the use of potentially harmful prescription medicines by pregnant women in New Zealand between 2005 and 2015. 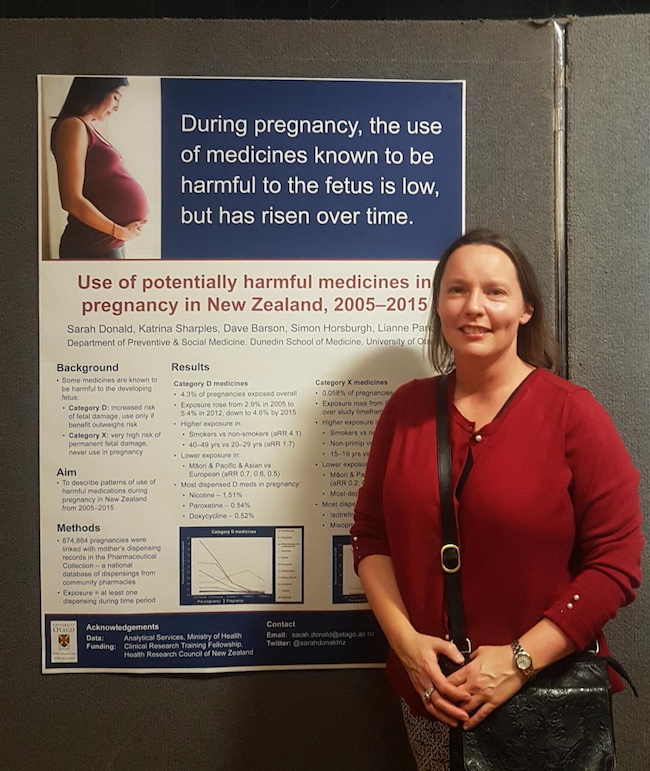