Prescription medicines with potential for foetal harm: how often are they used during pregnancy in New Zealand?

The use of prescription medicines during pregnancy that carry an increased risk of foetal harm was generally low, but increased in New Zealand over an 11-year period according to PhD candidate Dr Sarah Donald and other University of Otago researchers from the Pharmacoepidemiology Research Network. 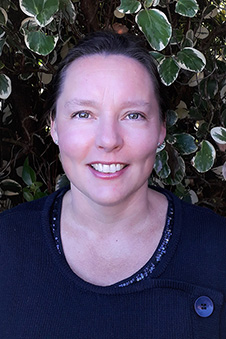 In a nationwide study recently published in the European Journal of Clinical Pharmacology, the Otago researchers linked prescription medicine dispensing data with records of 874,884 pregnancies between 2005 and 2015 to determine the proportion of pregnancies in which a Category D or X medicine was dispensed.

Category D medicines are those which increase, or are suspected to increase, the risk of human foetal malformations or irreversible damage. These medicines should only be used during pregnancy after a careful consideration of the balance of benefits and risks. Category X medicines have such a high risk of causing permanent foetal damage that they are absolutely contraindicated in pregnancy.

Between 2005 and 2015, Category D and X medicines were dispensed at least once during 4.3% and 0.035% of pregnancies, respectively. While these overall proportions were low, use of D and X medicines rose over the study period, with increased dispensing of isotretinoin (an oral acne medication) of particular concern.

“Unlike most studies undertaken internationally, we were able to examine the use of medicines in pregnancies that ended early, not just those which ended in a live or stillbirth” says lead author Dr Donald. “This is important because if we had confined our study to pregnancies that progressed to a birth we would have underestimated the exposure to potentially risky medicines.”

The study was based on the New Zealand Pregnancy Cohort which the investigators derived using anonymised national pharmaceutical dispensing and health data from the Ministry of Health. Dr Donald was funded by a Clinical Research Training Fellowship from the Health Research Council of New Zealand.