This article was originally published in the Otago Magazine, July 2005. 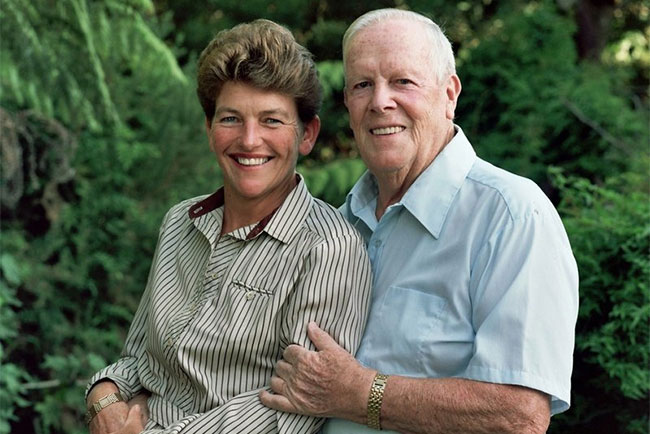 “We didn’t have any immediate family and we felt that we’d like to leave some money to assist worthy projects in New Zealand, although not necessarily medical in nature,” Mary explains.

It seems that Jim Carney wasn’t directly interested or involved in medical research or medicine. Rather, he was a mechanical engineer who had built and managed the oil refinery at Marsden Point near Whangarei in the 1960s. However, Mary Carney is very familiar with health, having been a practice manager in a Whangarei general practice before her retirement. Her Edinburgh University-educated father was a Whangarei GP for many years, and her grandfather a surgeon.

With the formation of a Charitable Trust Advisory Board, including a local doctor as a trustee, they contacted the University of Otago regarding possible projects to support. Five research projects were suggested by the University, but Mary says that pharmacogenomics at the Christchurch School of Medicine and Health Sciences stood out.

“It really appealed to me, I just liked the sound of it,” she says. “ When we came down to Christchurch for the presentation, Associate Professor Martin Kennedy and his colleagues did such a great job explaining in layman’s terms what they’re doing that they certainly convinced us. It was really obvious that they are so keen and interested in their research.”

Mary says that she is very pleased the first grant from the Jim and Mary Carney Charitable Trust can go towards research which will improve medical treatment in a very direct way.