Goodbye 2013 and goodbye to Helen

2013 was indeed great and in fact a successful year for the group. Major achievements for the year included:

Christmas lunch and BBQ was celebrated Steve's place on 8th December. It was a multi-cuisine lunch with people bringing the dishes all around the world! It was fun filled and a great day to remember.

This year was sad in other way as the group needed to say goodbye to Julia in the early February and to Abhishek and Helen towards the end of the year. Helen was associated with the group as senior lecturer for more than three years and now moved back to US to work in industry. We all wish Helen good luck and great success in her future endeavors.

Group says goodbye to Abhishek who is joining Indiana Clinical and Translational Sciences Institute Group in January 2014. Abhishek was with our group since last four years. He had joined the group as a PhD student in Dec 2009 and completed his PhD in Aug 2013. We wish him good luck and great success in future endeavours. 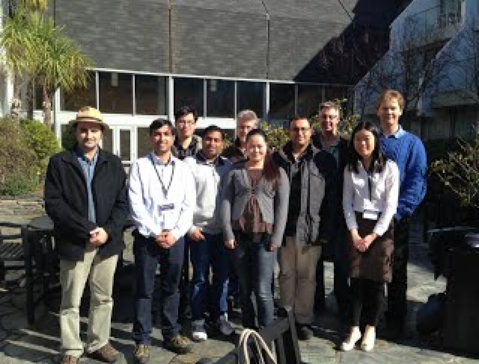 The group attended New Zealand's annual meeting of the Australasian Society of Clinical and Expetimental Pharmacology and Toxicology (ASCEPT) 2013.

The group was well represented at the conference with 7 presentations in the oral category. We had a wonderful lab bonding activity (Gondola hiking) on the first day of the conference and the trip was blessed by excellent weather at a fabulous location.

Our heart felt congratulations to Professor Steve Duffull on successfully making it for the second time in a row and three times in his career so far at Otago to grab 'the Otago University Supervisor's Award'.

This time it is very much special and great news to all of us as he won 'the best supervisor award 2013' in the Division of Health Sciences, University of Otago, NZ. 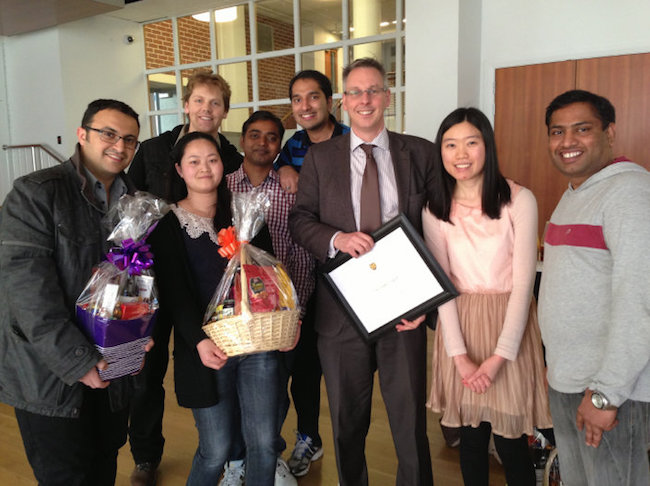 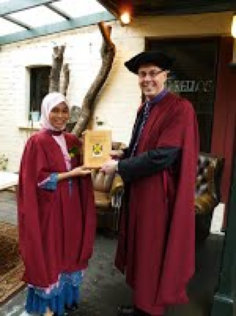 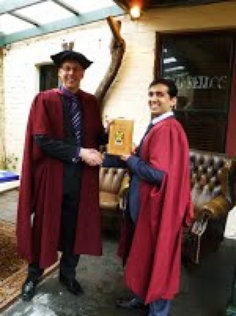 Most of the group was away for a week last month for PAGE (Population Approach Group Europe) 2013 annual scientific meeting held at Glasgow Royal Concert Hall, Glasgow, UK. Steve, Hesh, Dan, Abhishek, and Vittal had attended this meeting.

Abhishek had the honor of presenting in the Lewis Sheiner Student session on Simplification of a multi-scale systems coagulation model with an application to modelling PKPD data, while Vittal presented his work during New methods for population analysis session on An Approach for Identifiability of population pharmacokinetic-pharmacodynamic models. Hesh presented on Evaluation of a Bayesian dose-individualisation method for enoxaparin, while Dan presented on Bayesian dose individualisation provides good control of warfarin dosing in the poster session. 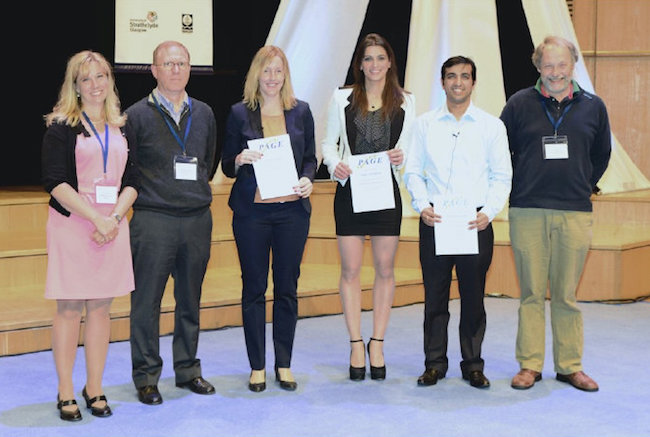 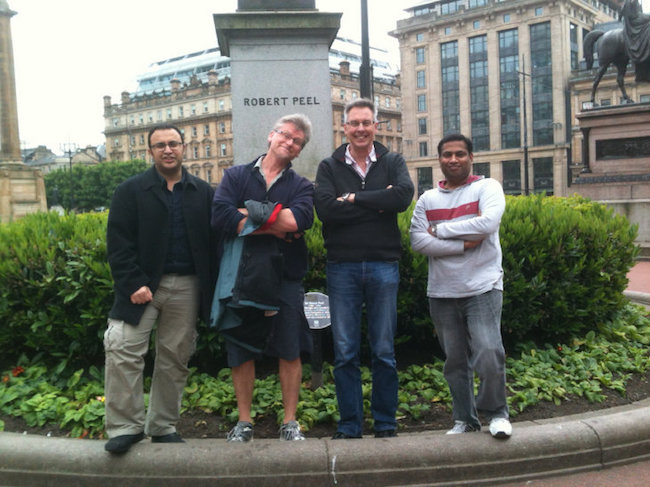 We have two goods news to share about Abhishek Gulati. He recently won the Otago Institute Post Graduate Student Travel Award on his work on time to recovery from snake bites to attend the international conference "Population Approach Group Europe 2013" being held in Glasgow in June this year.

He has submitted his PhD thesis in April 2013 which is currently with the examiners.

Hearty congratulation to Abhishek on winning the Otago Institute Travel Award and we wish him 'All The Best' for his PhD thesis examination.

Mohammed joined as a postgraduate student and is working with Dr Prasad Nishtala and Professor Stephen B Duffull. Previously he was a Faculty member and Research Assistant at College of Pharmacy, Gulf Medical University, UAE. His project is on Anticholinergic Indices for Commonly Prescribed Medicines.

Shamin is a PGCert student working with Dan Wright and Prof Stephen B Duffull. He is an undergardaute student from School of Pharmacy, Univeristy of Otago, previously worked as a Registered Pharmacist in Malaysia. His project is on The dose individualisation of warfarin.

Aidin Jalilzadeh joined us as an Assistant Research Fellow. He is a Post Graduate student at Department of Mathematics, University of Otago, NZ.

Joyce is a visiting researcher in our lab and will stay with us for one month. She is a lecturer in Pharmacy Practice from University of Newcastle, NSW, Australia. She is currently doing her PhD on PK & PD factors influencing serotonin toxicity.

Group says goodbye to Julia who joined Uppsala Pharmacometrics Group in Feb 2013. Julia was with our group since last four years. She had joined the group as a PGCert student in Feb 2009 and completed her PhD in Dec 2012. We wish her good luck and great success in future endeavours.

The group has a new member: Jantine Brussee, from Leiden Academic Centre for Drug Research (LACDR), Leiden University, The Netherlands.

Jantine will be staying with us until August and will be working on The effect of adjunctive therapy with L-arginine in patients with moderately severe malaria with Steve as part of her master's degree.