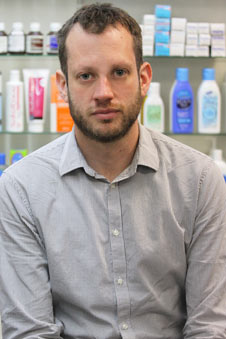 New University of Otago research is warning doctors to be wary of potential health risks for Māori and Pacific patients taking a common blood thinner.

The breakthrough study published in the Journal of Primary Health Care has revealed Māori and Pacific peoples are more likely to be affected by Dabigatran, which is used by 51 per cent of patients who take oral blood thinners and is used to prevent and treat blood clots.

Lead author Bryan Simpson, a PhD student with Otago’s School of Pharmacy, says the risk of haemorrhages is significantly higher among Māori and Pacific patients.

“This study provides real-world evidence that demographic factors, such as ethnicity, deprivation and age directly affect outcomes for people treated with dabigatran,” he says.

“Māori and Pacific Peoples are at a greater risk of harm with dabigatran etexilate, either having a bleed which can occur from having too much blood thinner, or a stroke from a blood clot.”

It analysed results from more than 52,000 patients who were given the blood thinner between July 2011 and December 2015.

While Māori and Pacific Peoples were more likely to experience greater risks of harm, there were also serious risks for those over 80 years of age, and those who lived in the most deprived populations.

The paper notes that nearly 75 per cent of Māori and Pacific patients sampled lived in the most deprived quintiles, compared to almost a third of New Zealand European patients.

“Doctors need to be aware that some patients are at greater risk of adverse events and may require additional monitoring.”

While some groups are more vulnerable to risks associated with dabigatran, Mr Simpson is calling on all patients to be vigilant.

“It is important to be remember all people prescribed with this medicine should have blood tests once a year, or more frequently in certain situations, to check the kidney function. The kidneys really need to be working well to process this medicine.”

This study is part of a larger programme of research focusing on dabigatran use within New Zealand with the aim to translate research into improved clinical practice and patient outcomes.