Ones to Watch: Rebekah Amitrano 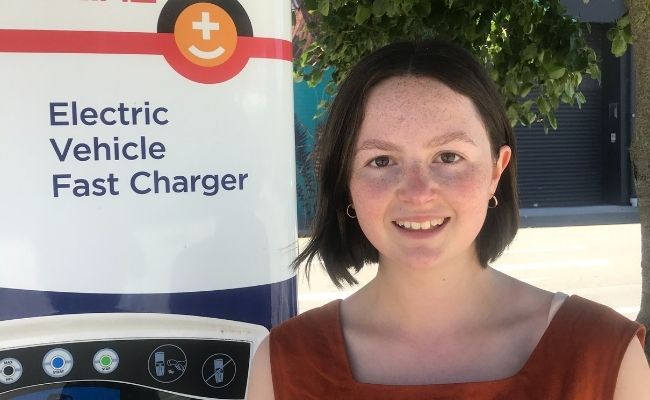 Seeing others around her who were experiencing hardship got Rebekah interested in knowing more about what New Zealanders face.

“I’ve known for a long time that I want to do something that helps people and I decided law was a way of helping many people at once.”

Rebekah Amitrano grew up in Island Bay and was raised with strong values based on caring for other people. Seeing others around her who were experiencing hardship got her interested in knowing more about the sadly common struggles that New Zealanders face and what can be done to change those.

“My aunty sponsored children in need and I also went to school with kids who had less than I did which encouraged me to find out more about inequality. In intermediate I gave speeches on poverty and women’s rights, which looking back, were big topics to have already established such strong feelings about.”

“I spent a lot of time researching family harm and the reality of inequality in New Zealand and this really provoked a drive for justice within me.”

In high school, Rebekah went on to enter her speech on women’s rights in a competition held at Parliament which addressed how far New Zealand still had to go in order to make relevant change. Her passion for positive change influenced her decision to study both law and science.

“I took all three sciences right through school. For me, a Bachelor of Laws alongside a Bachelor of Science that compliments it, such as Pharmacology, made complete sense. I wanted to understand how the world works and what it does, or fails in doing, to ensure people have quality of life. I chose Pharmacology because I believe that an individual's health is at the core of their well-being.”

“The capabilities of the human body are incredible and the fact that we can manipulate it with drugs for both treatment and cures has always fascinated me. As I have learned more about these things, I’ve discovered that equal access to healthcare in New Zealand is something I would like to improve.”

Rebekah hasn’t yet finished her degree but is already putting her skills to good use with contributions to a long-term research project. This year she has taken part in the Summer Studentship programme which offers an opportunity for students to contribute to research projects around the country.

Rebekah’s supervisors, Dr Caroline Shaw and Dr Anja Mizdrak from the Department of Public Health at the University of Otago, Wellington, are working on the research project: ‘Seeking the Transport Sweet Spot: Health, Equity and Zero Carbon.’ Rebekah’s role in this is focussed on electric vehicle policy by observing international policies and efforts and is funded by New Zealand Transport Agency (NZTA).

“The majority of cars on New Zealand roads emit greenhouse gasses which negatively affect the environment, contributing to climate change and our health due to air pollution. Over their lifetime, electric cars produce significantly less emissions so are a potential avenue for addressing the need to decrease our carbon footprint.”

“I’ve been working on a report to present to NZTA which encompasses research on places that have been successful in this area, primarily Scandinavian countries such as Norway but I have also looked at California.”

Outside of her studies here, Rebekah enjoys playing the piano and singing in choirs as well as working for Training Ship Nimrod, a Sea Cadet unit in Port Chalmers. When she graduates, she would like to go into medical or environmental law. Rebekah will certainly be one to watch as she strives to make big change in New Zealand.