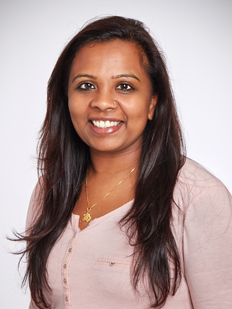 I have worked at Kidz First Hospital in Middlemore Hospital (Counties Manukau DHB), since 2009, as the primary paediatric pharmacist. Apart from regular clinical tasks of reviewing and making recommendations for paediatric patients, I have been involved with regular education and training for nurses and doctors on safe prescribing and administration of medicines to children.

Over the years, to further develop my paediatric pharmacy knowledge, I enrolled with University of Otago for postgraduate studies. I have attended the Foundation in Paediatric Pharmaceutical Care – the first International Masterclass in London in 2011 and other paediatric symposiums (such as George Abbott Symposium, Christchurch).

Research interests include paediatric burn nutritional support, codeine use review in paediatrics, a pain reducing regimen study for rheumatic fever patients, and a stability study looking at benzathine penicillin and lignocaine. One of my research studies has been published in the Journal of Paediatric and Childhood Health (Reducing the pain of intramuscular benzathine penicillin injections in the rheumatic fever population of Counties Manukau District Health Board, J Paediatr Child Health. 2014 Feb50 (2):112-7). I have also presented my research at New Zealand Hospital Pharmacists Association conferences (NZHPA), New Zealand Pain conferences (2014), Australian New Zealand Burns Association Conference in Darwin (2010) and Society of Hospital Pharmacists of Australia (2014).

Over the years, I have worked towards becoming a specialist paediatric pharmacist. This area of practice is very challenging and always gives me opportunities to do further studies and research.

I also volunteer each year in Fiji providing pharmacy services at medical camps since 2009. In 2015, I also accompanied a medical team to Vanuatu post cyclone devastation. For this work, I was nominated and was selected as a finalist at the 2015 Pharmacy Awards for “Good Sort” Pharmacist of the year.

A passion for the pharmacy profession, and working with people have been the driving force in my pharmacy career.