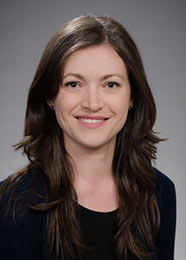 I am currently a Research Scientist in the Drug Interaction Database Program in the Department of Pharmaceutics. I am a curator of preclinical and clinical drug interaction studies for the Metabolism and Transport Drug Interaction Database™ (DIDB™) and the Pharmacogenetics Database (e PKGene™). These online applications are part of a knowledge base (DIDB Platform™) designed for scientists and clinicians working in the field of drug development, drug disposition and drug-drug interactions (DDIs). The DIDB is used by a large number of pharmaceutical companies, regulatory agencies, contract research organizations and academic institutions worldwide. My role is to analyse material from new peer reviewed journal articles and the Food and Drug Administration’s (FDA) new drug application (NDA) reviews for inclusion in the DIDB Platform. The DIDB contains several datasets that are critical for evaluating the exposure of drugs and metabolites in various important clinical situations, including drug-drug (including herbal medicines, food products) interaction data in humans (in vitro and in vivo), disease-drug interaction data (hepatic and renal impairment), and pharmacogenetic-drug interaction data (impact of genetic variants of drug metabolizing enzymes and transporters).

I thoroughly enjoyed studying at Otago, in my opinion the study lifestyle in Dunedin is second to none! I believe that choosing to study a Bachelors of Pharmacy after Health Sciences First Year was the best decision I ever made. While studying a BPharm I became interested in research and was fortunate enough to undertake two summer studentships during my degree. After I completed my internship in community pharmacy, I was determined to return to Otago for postgraduate study. My PhD project was in the area of clinical pharmacology and involved both the School of Pharmacy and the Dunedin School of Medicine. Natalie Medlicott and David Reith were excellent supervisors and always supported a good work-life balance. The skills that I learned during my PhD at Otago have given me the opportunity to work in the pharmaceutical industry, live overseas and pursue a career in research.