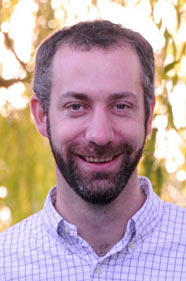 Postdoc at the Department of Chemical Engineering, University of Cambridge (2007–2008); Research Fellow, Gonville and Caius College (2008–2010)

"My main interest is in the characterisation of molecular solids and liquids using spectroscopy in general and terahertz time-domain spectroscopy in particular. Terahertz radiation refers to the part of the elctromagnetic spectrum between microwaves and infrared radiation. It has the important property that it can probe intermolecular interactions between organic molecules in a unique way. One of my particular areas of interest is in the solid state physicochemical properties of pharmaceutical materials. In addition to this field I am working towards a better understanding of catalysts, fundamental properties of glasses and the dynamics of biomolecules. By exploiting the fact that terahertz radiation is able to penetrate a number of materials that are opaque at visible frequencies we are able to quantitatively probe the structure of a wide variety of samples such as polymer coatings of pharmaceutical tablets. I am interested in how this information can be used to develop better processes and products, again with a particular interest in pharmaceutical manufacturing. At the moment terahertz technology is predominantly used in laboratories in a research and development environment. In order to advance the applications into process control and manufacturing we are working together with industry towards a new generation of terahertz sensors which are capable of providing real-time data and operating under industrial conditions."

"I very much enjoyed the atmosphere at Otago and the willingness of the university and the department to accommodate unusual ideas such as a collaborative PhD between universities and industry: I ended up spending almost two years overseas, had two supervisors in Otago from different departments and in the UK had great support both within the university and the company I worked with. I certainly wouldn’t have ended up in the career I’m in now without such a supportive and accommodating environment. Back at Otago there were a lot of great cross-departmental initiatives such as LART (revolving around lasers), which I think is still going strong, that I found a great source of inspiration to learn about science beyond pharmacy. Thomas Rades was a brilliant supervisor and I have learnt an immense amount from him and through his network of contacts in the pharmaceutical sciences and with Keith Gordon in Chemistry I had excellent support on the physical chemistry aspects. I felt that being a bit more remote geographically meant everyone at Otago was much more willing to travel and visit conferences far afield compared to colleagues in Europe."

"I can only recommend to keep an open mind about future career prospects and not confine yourself too early to a specific career path just because you have entered a professional degree programme. If you are willing to keep learning and challanging yourself there are extremely interesting and rewarding jobs out there waiting to be explored!"