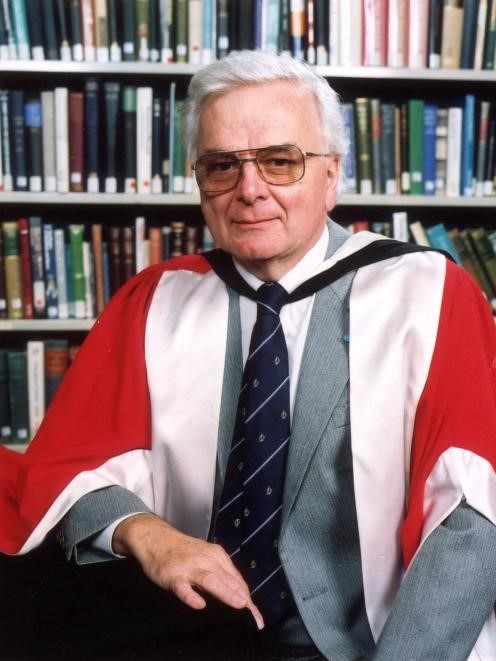 The Department has recently learnt the sad news that Professor Richard (Dick) Dowden passed away in December 2016. Prof Dowden was a Professor in the Physics Department and Head of Department for several years from 1988.

Dick Dowden established Invermay Radio Observatory in 1965, and formed a very active radiophysics research groups at the University of Otago for magnetosphere and radio-astronomy. He was a Beverly Professor of Physics, received the Michaelis Medal from Otago University in 1984, and the Sidey Medal from the Royal Society of New Zealand in 1997. His achievements have been widely recognized both nationally and internationally: he was a former president and Fellow of the New Zealand Institute of Physics, a former vice-president of the International Union of Radio Science, a Fellow of the American Geophysical Union (2003), and a member of the International Aeronautical Academy.