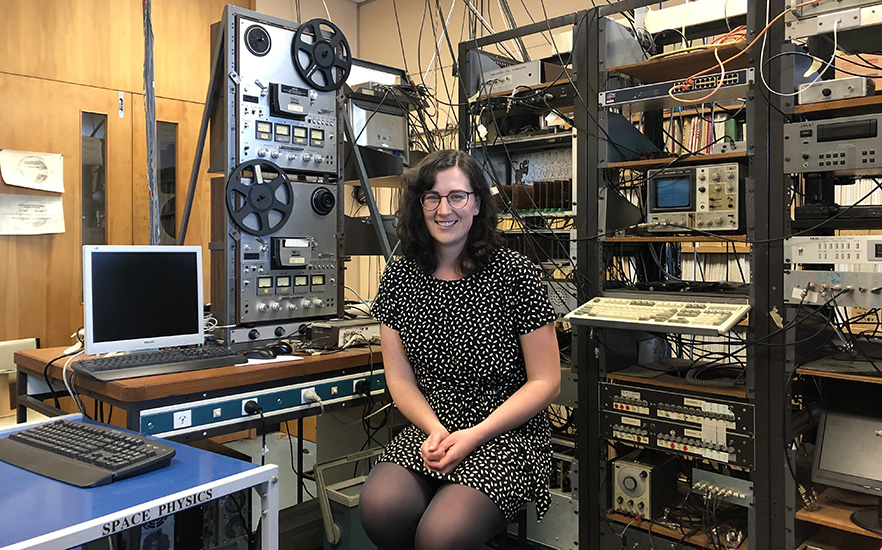 Emily Gordon is one of eight University of Otago graduates to receive a 2020 Fulbright New Zealand award.

Eight University of Otago graduates from across the University have been named Fulbright New Zealand award winners.

Announced prior to the Fulbright New Zealand Awards, held at Parliament yesterday, the Otago award winners will be furthering their study in Law, Neuroscience, Public Health, Music, Geography, Genetics, Physics and Public Policy. They have been awarded either Science and Innovation Graduate awards, or General Graduate awards.

Fulbright Science and Innovation Graduate award winner Emily Gordon will be studying towards a PhD in Atmospheric Science at Colorado State University.

“We focus on using new data science methods to make better predictions of the global climate system, and learn where predictability comes from,” says Emily.

“This award is an amazing opportunity for me to work with and learn from an amazing group of scientists in the US and experience a diverse range of perspectives. I'm really looking forward to being completely immersed in research and coursework about our planet's atmosphere.”

Fulbright NZ Science and Innovation Graduates from Otago include:

Professor Young will conduct research at the Verbatim Performance Lab at New York University (Steinhardt) in New York City, New York. He is Professor of Theatre Studies in the School of Performing Arts at Otago.

Ms Borland says COVID-19 has meant the organisation has had to “flex with the current global situation”. Some 2020 grantees will have to start their programmes online, joining other Fulbright scholars from around the globe in virtual study, while others will take up their awards at a later date.

In total, 49 New Zealanders and US graduate students, scholars, artists and professionals have been granted an award in 2020.